Student scholars dance the night away at Homecoming dance 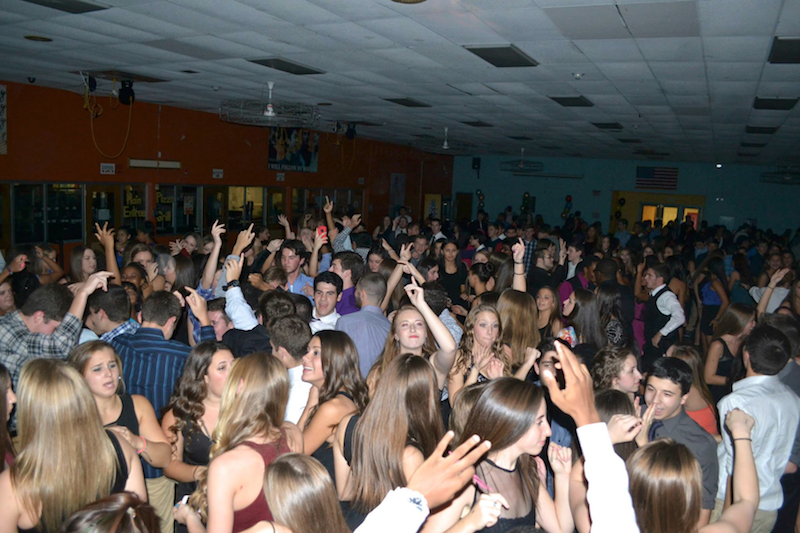 Student scholars gathered in Cafeteria One last night for Homecoming. The theme of spirit week, cereals, was carried out flawlessly through the whole dance. With the cereal bar that everyone was raving about, and the glowing lucky charms rainbow on the senior booth, the night was sure to be a success.

The event was publicized in so many ways including social media and funny posters around the school. SGA President Ross Peterzell (’14), and Vice Presidents were determined to make Homecoming amazing. They doubled the total amount of people then last year by selling about 350 tickets.

“We were able to take a negative reputation of homecoming and have a great turn out and a great dance,” says Peterzell.

For many, homecoming proved to be an experience that they have not yet had at East.

“It is a new and interesting experience,” says Paul Crozier (’16), a homecoming representative for the Class of 2016.

This year’s homecoming will be hard to beat, as some of the younger students look forward to it next year.

“There are enough people here for it to be fun for everyone and the cereal bar is awesome,” said Gabrielle Gracias (’17), a freshman enjoying her first homecoming.

The DJ was East’s very own Noah Hinrichs (’14), who showed his skills to the packed dancefloor. The bright strobe lights carried the fun mood through dance.

As far as the attendance goes, the freshman came in last place followed by the juniors in third. The seniors beat the sophomores putting them in second place for attendance.

Peterzell and other SGA heads prove that hard work pays off.

Peterzell says, “It turned out great and I have no complaints.”

See more photos of the dance on our Facebook page: https://www.facebook.com/eastsidenewspaper