Spring Production of Beauty and the Beast delights many 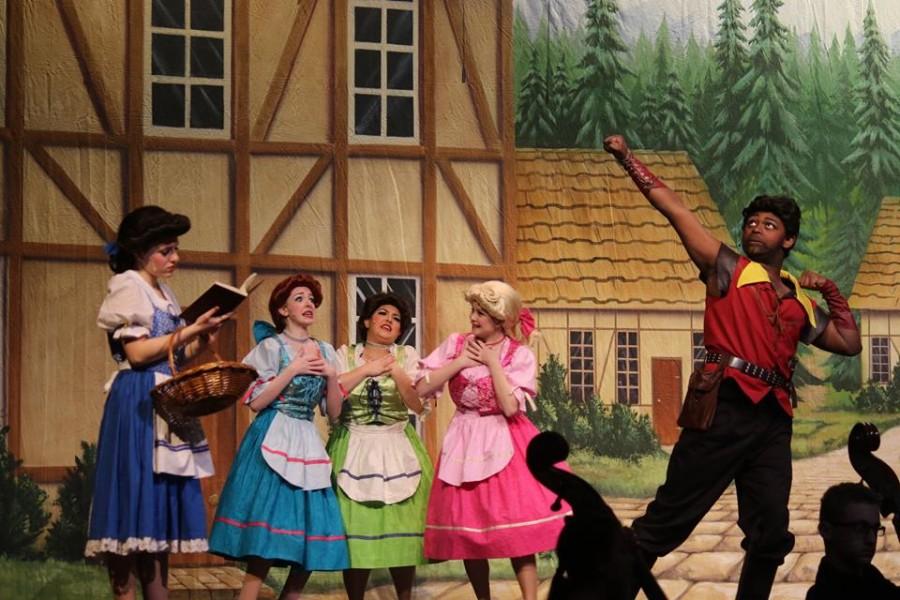 Cherry Hill East's red cast performs Beauty and the Beast and stuns the audience with a great performance.

On Friday, February 26, 2016, various actors, actresses, musicians and crew came together for the spring production of Beauty and the Beast. Opening night was performed by the Red Cast.

Avi Natan (‘16), who played the Beast, said “I’m very excited for opening night. I’ve been yelled at many times to stay on vocal rest for the past few days.”

The students amd teachers have vigorously worked for months in order to pull off the production. Whether it be the 30 piece pit orchestra practicing for countless hours, the stage crew working to make the show possible, or of course, the vastly known actors and actresses of East working tirelessly, every single person involved committed to the show in order to pull of a spectacular performance of Beauty and the Beast.

The show included jaw dropping performances from Samantha Mautner (‘16) as Belle, Avi Natan (‘16) as the Beast, Ashley Cooper (‘17) as Mrs. Potts, and many more.

Cedric Middleton (‘17), who played Gaston, said, “This production had a little rocky of a start just because of different conflicts, but by opening night, we’re just about ready to go. It’s a nice change up having a comedic show, especially after The Tempest.”

Beauty and the Beast is a perfect combination of dramatic and comedic. Hilarious performances such as the role of Gaston and his sidekick Lefou played by Cedric Middleton (‘17) and Eric Zavadsky (‘16) left the audience in tears from laughing so hard.

Meanwhile, jaw-dropping and emotional performances given by characters such as Belle and the Beast, played by Samantha Mautner (‘16) and Avi Natan (‘16), left the audience in shock and heartbreak.

Samantha Mautner (‘16), who played Belle, said, “As senior[s], all of us started with a Disney show, Peter Pan. So, it’s really special ending with another Disney show.”

The set came together and looked beautiful and perfectly fitting for the show, the pit orchestra played as if they were a recording. and every actress and actor proved that all their hard work had paid off.

The entire cast and crew invites you to be their guest and come to enjoy their spring production of Beauty and the Beast.