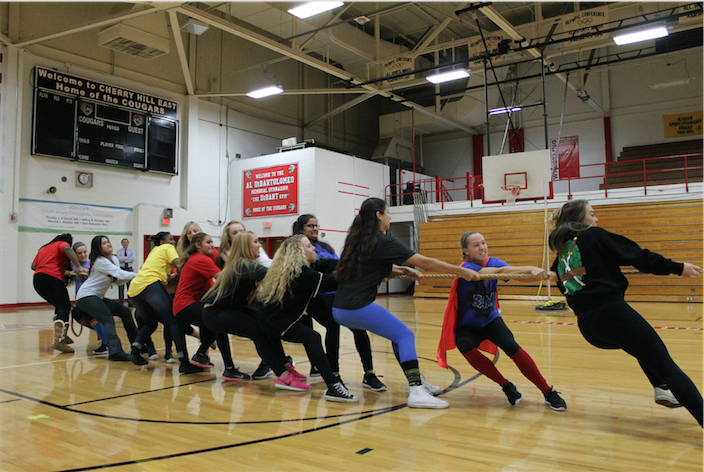 At the preliminary competition, freshman girls and junior girls competed in the first round. The juniors easily beat the freshmen because the freshmen only had four people on their team, while the juniors had more than double that number.