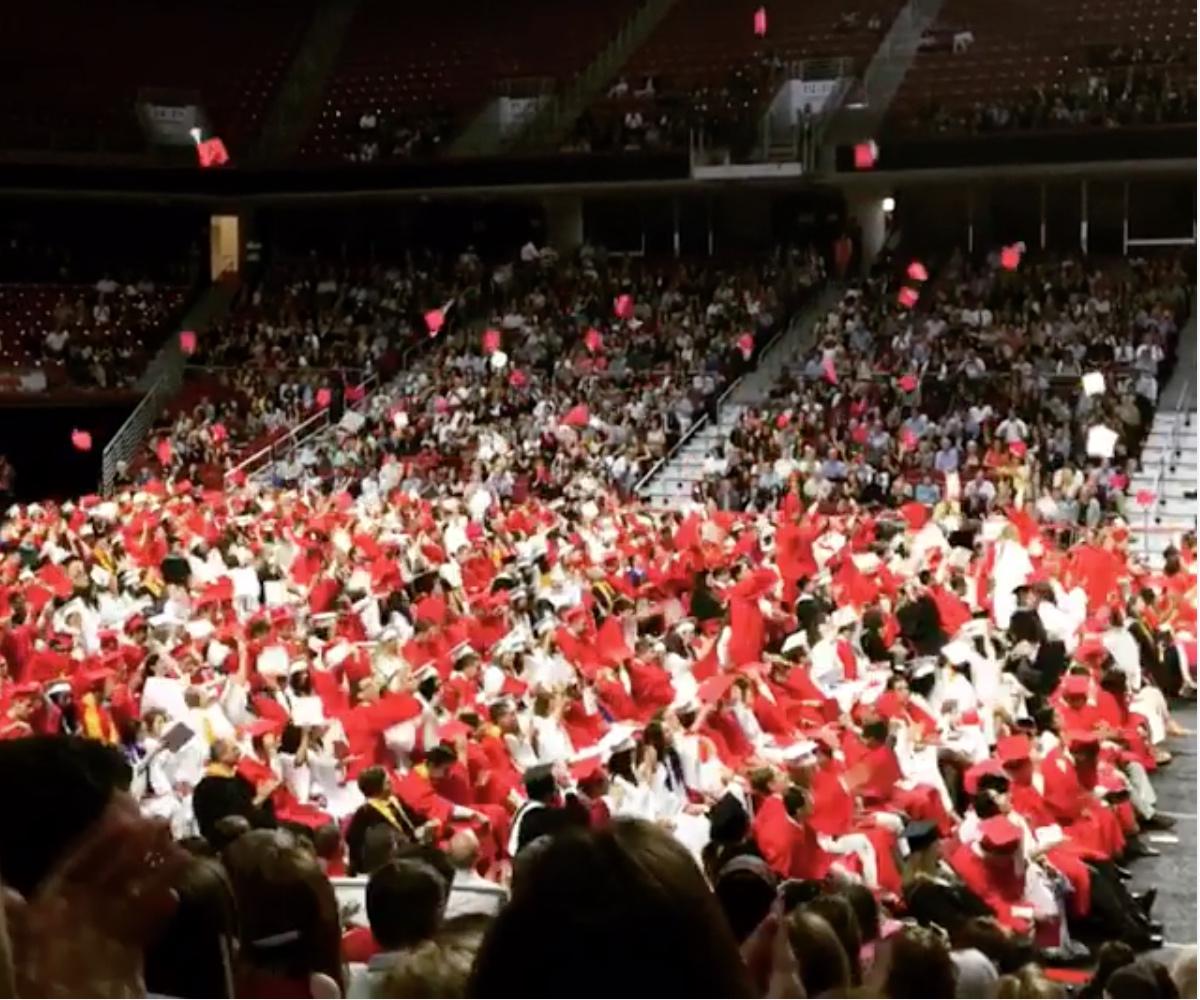 The Class of 2016 throw up their caps as the last procession in their Graduation Ceremony. (Courtesy of Marli Ehrlich)

The Class of 2016 throw up their caps as the last procession in their Graduation Ceremony.

On June 16, nearly 550 East students gathered together for their final East experience as a class: Graduation. Cougar Pride rang high; one could simply feel it in the air as the senior class marched proudly to their seats at the commencement of the graduation ceremony. Eastside set out to celebrate and highlight the talents and diversity of the senior class through featuring several members of the senior class in various perspective videos. From Athletes Against Bullying to Robotics to Vocal, this year’s graduating class has made an everlasting impact on the East Community, which will never be forgotten.

Representing the various vocal groups at East, Juliet Bender (’16) from Voce, Yael Kortsarz (’16) from Belles and Stay Tuned, Avi Natan (’16) from Casual Harmony, Stay Tuned and Voce, and Jack Tremper (’16) from Stay Tuned, Casual Harmony and Voce, sat down with Eastside to reminisce their past four years as members of the vocal department. A common message that all four members shared is that singing has helped them to learn what it means to be a member of the East community, who can give back to others through the same love for music.

Click here to learn more about the Vocal Department. 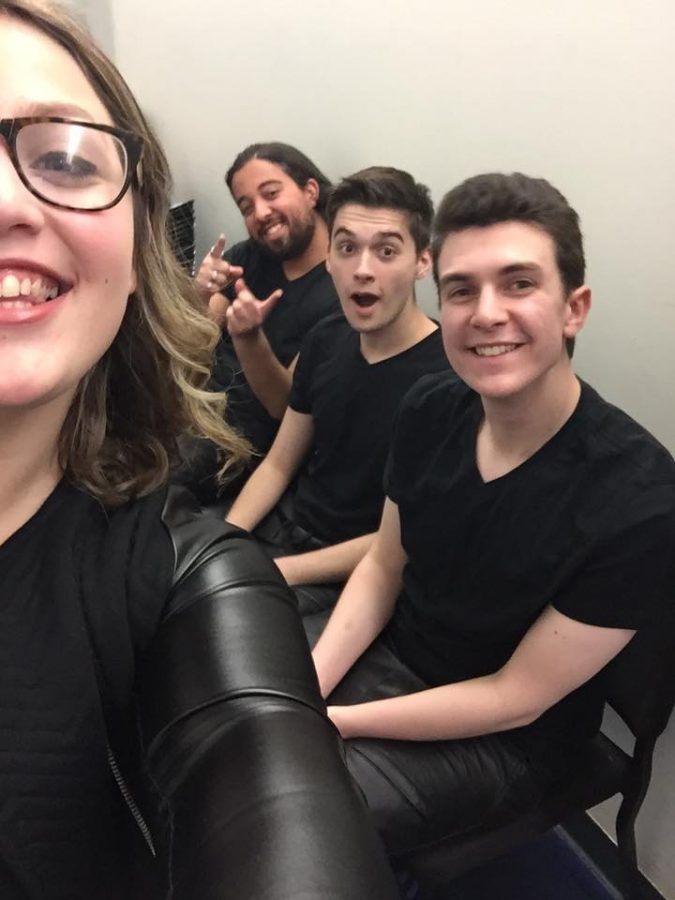 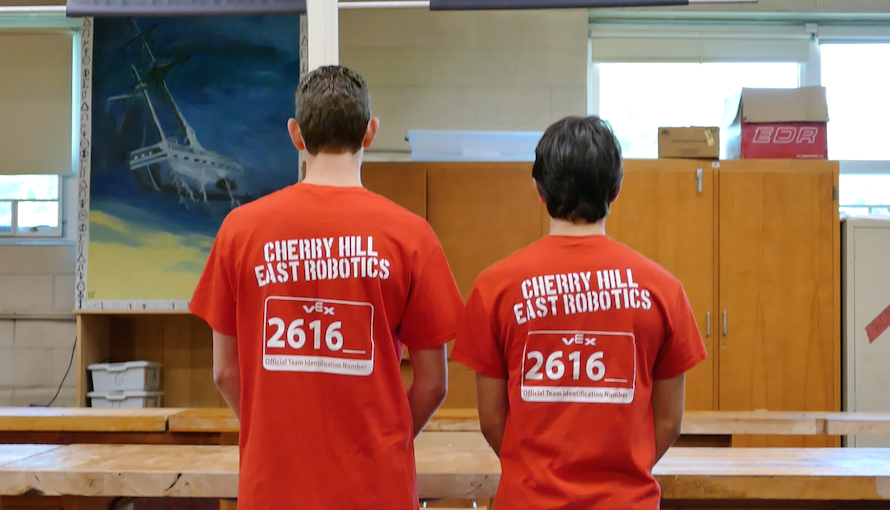 The Robotics Club, renowned for not only its success at world championships, but also for its commendable teamwork, has brought East great pride. Jason Fisch (right), the club’s President and Nikola Kursaic (left), Vice-President, give insight into their past four years as members of the robotics club and talk about how robotics have shaped their future career goals. 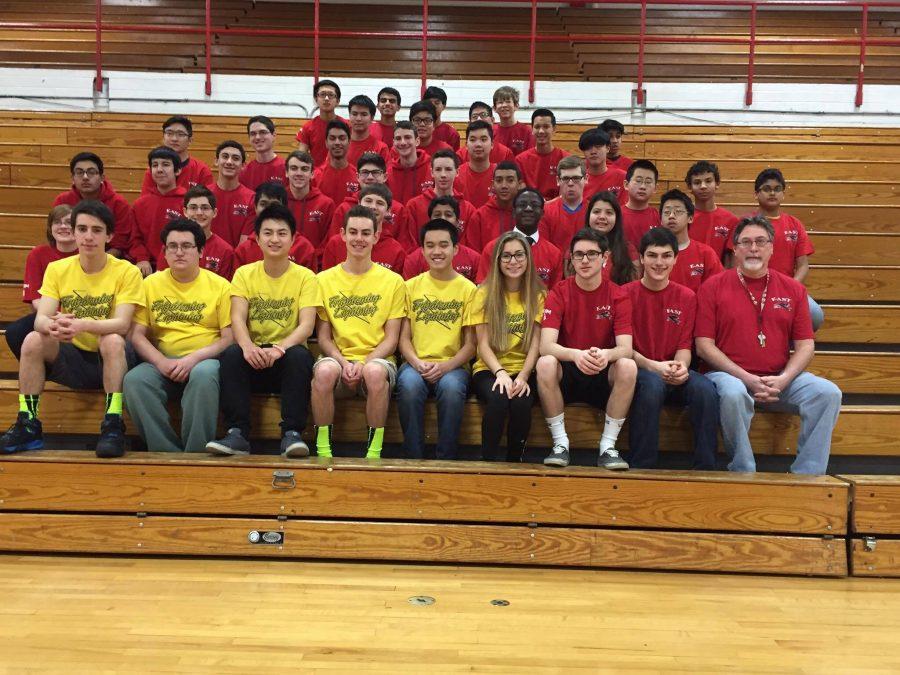 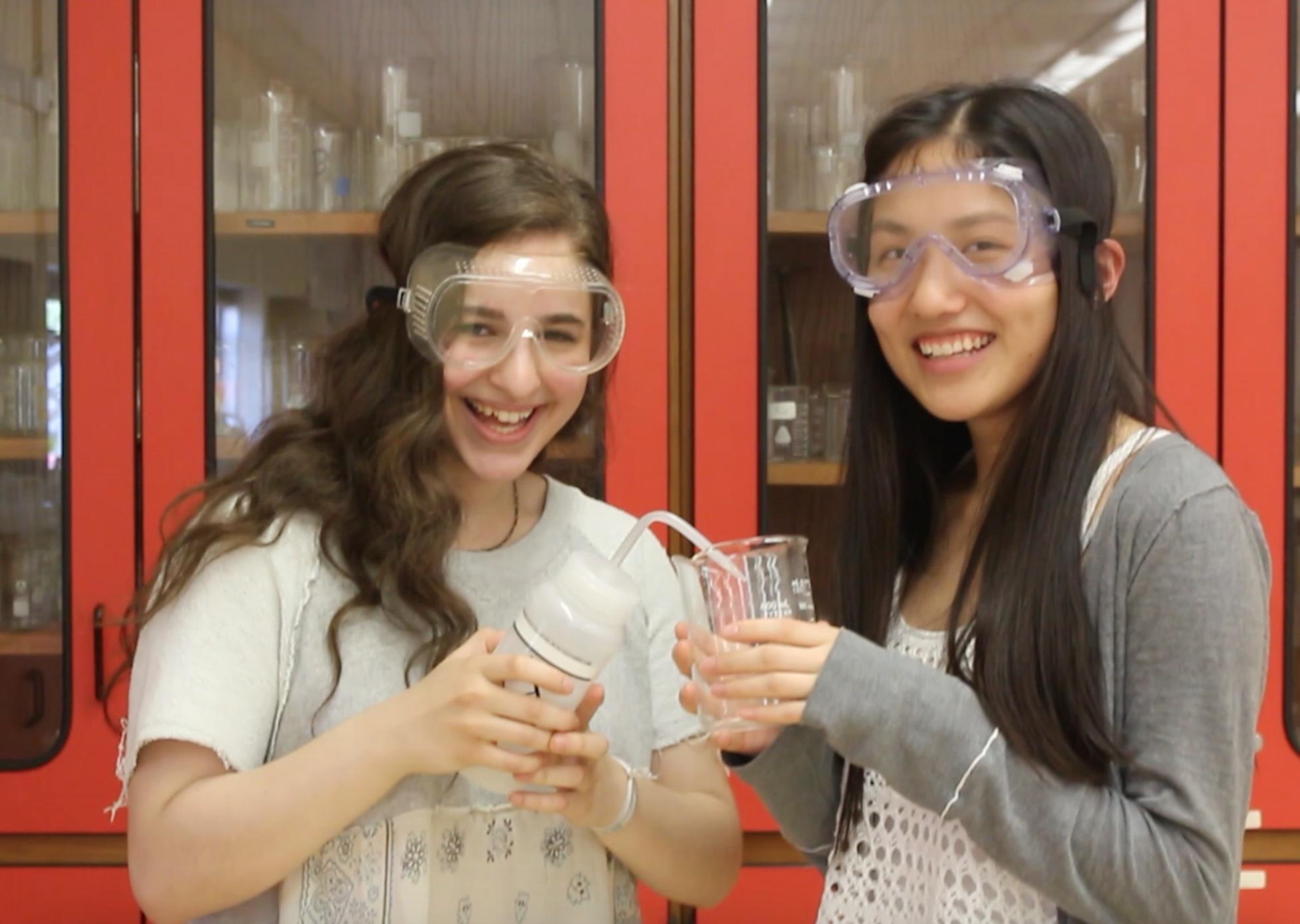 For four years of their life, East Seniors, Madlyn Kates (left) and Angela Sun (right) have consistently devoted hours upon hours to their school work with one objective: maintaining their status of “Class Valedictorian.”  At least that’s why most assume the two worked so hard. But Kates and Sun actually have internal motivation, which drives them along, and want more than simply to achieve an “A” grade; they want a complete and total learning experience. Watch as the two reflect upon their four years at East, through a comprehensive discussion in which they explain their climb to “Valedictorian status,” their biggest struggle, and why being Valedictorian isn’t everything.

Even on the saddest of days, one can always rely on Lily Steele-Dadzie (’16), Zoe Peterzell (’16), and Jacob Deblecourt (’16) to shed a bit of laughter upon a situation. For the entirety of their high school careers, these three ‘class clowns’ have been spreading humor throughout the East Community. Watch as they detail some of their favorite jokes made at East and discuss why comedy is essential to a healthy and happy life.

Track runners, (left to right) Aaron Groff (’16), Isiah Jean-Baptiste (’16), Kyle Encarcion (’16),  and Cole Parsons (’16) are known throughout the East community for their awarding feats as a DMR team. In the video, the four provide their perspectives on the East community. While they all agree that running took up a lot of after-school time, they would not trade it for the world. It was an important aspect of their High School experience and they all agreed that being involved in a strict structure of running helped them to better prioritize their school-life. 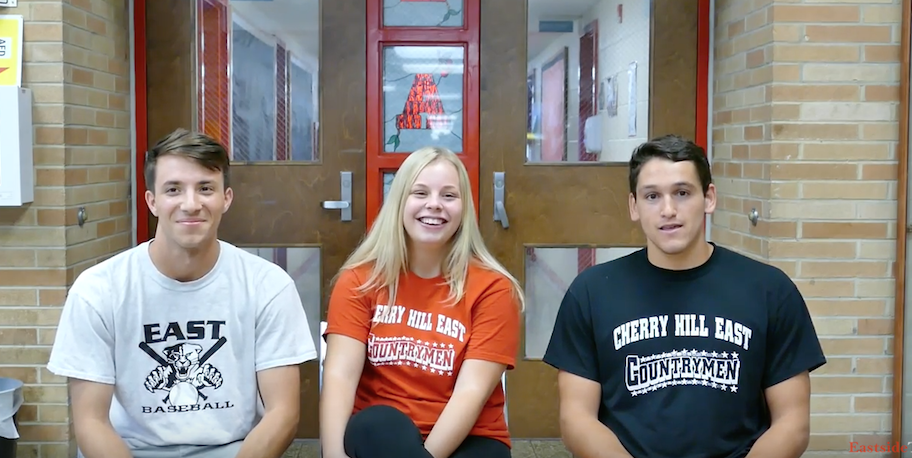 Matt Armendinger (left), Bernie Davis (middle) and Brian Stamm (right) are known for their school spirit at East. These three seniors share how being school-spirited affected their time at East and how it has helped them be more connected to the East community. More than just providing students and faculty with a vibrant, spirited attitude, these seniors show what it truly means to be cougars till they die.

The theater department is known for its eclecticism; from the short skits of Lab Theatre to the songs of Spring Musical to the student-directed One Acts, East thespians provide the East community with a diverse variety of theatrical performance throughout the school year. Watch as Thespian Society Co-Vice President Sarah Gagarin (right), Thespian Society President Natalie Chadwell (center), and Thespian Society Co-Vice President Rachel Ackerman (left) discuss their experiences as “D-Wingers,” dating back to their initial performances in Elementary School. 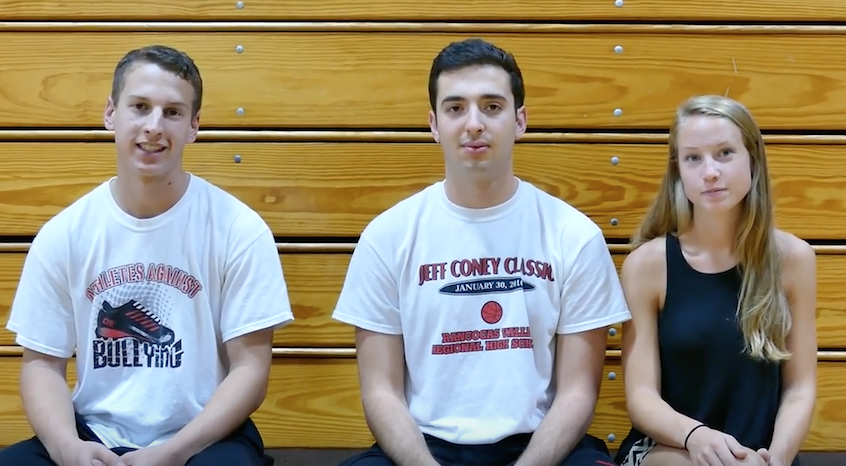 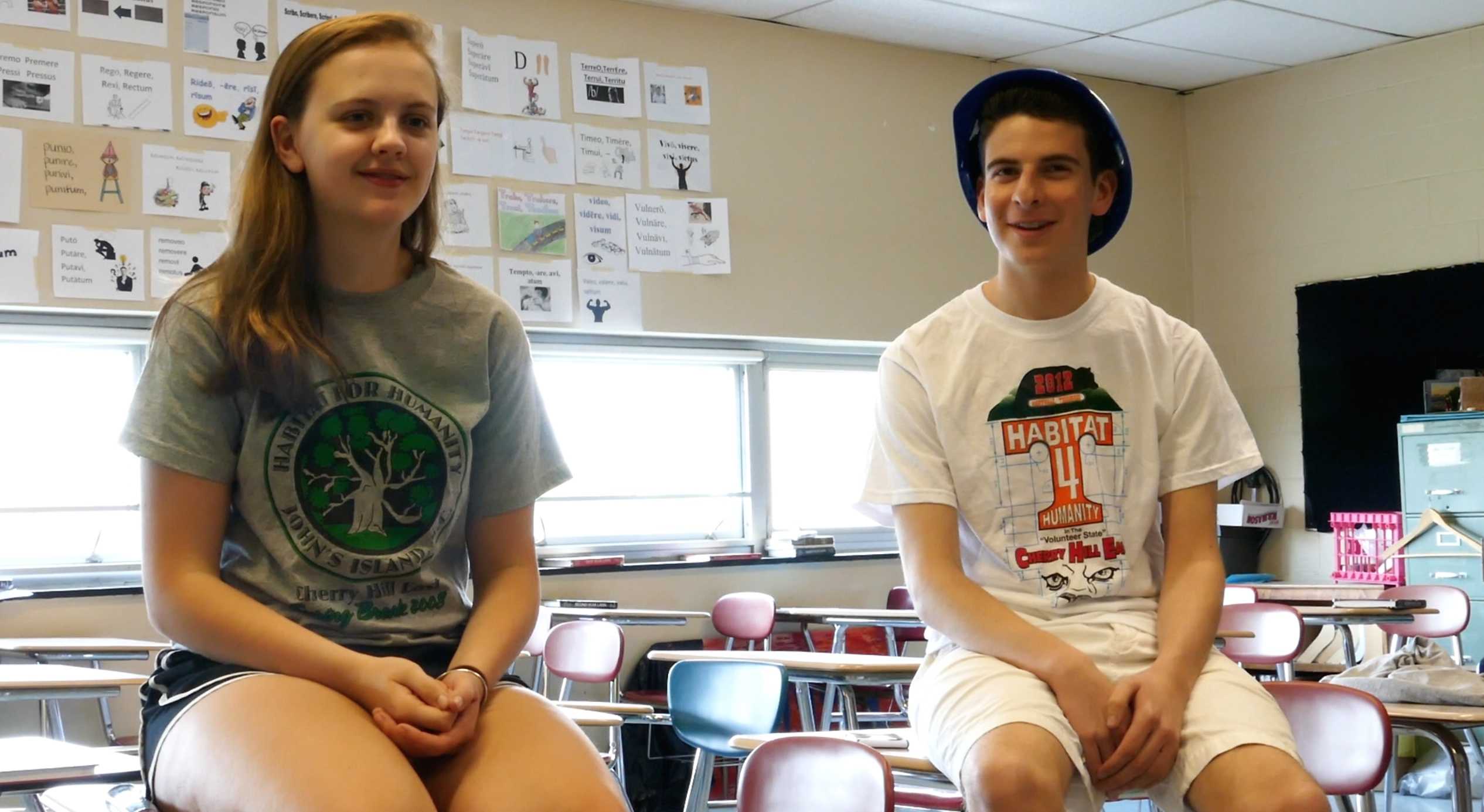 One of the few High School Habitat for Humanity Chapter’s in the entire nation, it is clear that East’s Chapter members are a unique group. But East’s Chapter members are even more idiosyncratic by their genuine dedication to actually making a difference. Every year, East’s Habitat for Humanity travels across the country during spring break with one purpose: to give back to others. Over the course of the trip, East Habitat members work from 8 AM to 3 PM in a variety of areas, including repairing windows, and constructing entire portions of houses. Watch as Habitat for Humanity Co-Presidents, Yoav Varadi (right) and Hannah Sawn (left), discuss their experiences on the trip, as well as their experiences and memories from the club as a whole.