Pollack brothers reflect on East and their careers 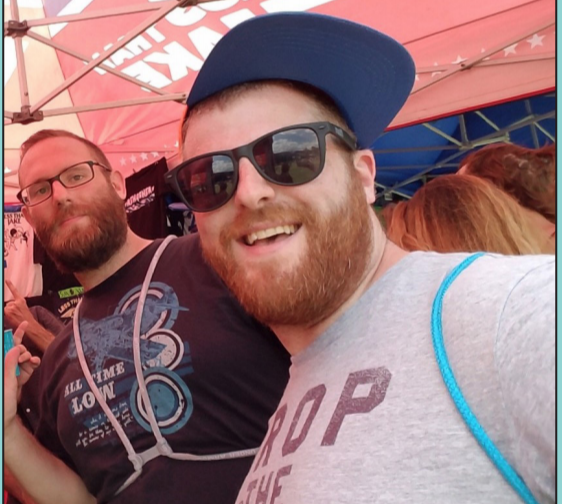 As a lawyer for the Department of Homeland Security, East graduate Matthew Pollack’s (‘99) job requires him to defend the government. However, Pollack said another crucial aspect of his job is protecting individuals within the country. The vast majority of his work is related to information law. His job is to constantly review the Freedom of Information Act, which states what government information is authorized to be shared with the public.

“There is a presumption in the law that people can get access to federal agency records, but there are nine types of information they cannot get,” said Pollack.
His job is to review records along with writing legal decisions.

“Our goal is to get the law right, and release as much possible information as we can under the law,” said Pollack.

Pollack attributes part of his ability to handle the different responsibilities that come with working for the U.S. government to his time at Cherry Hill East.

“East really taught me how to be a good writer and a lot of what I do is writing,” said Pollack.

He also credits the English department with teaching him how to interpret text and write a formal analysis. He mentioned a few other courses that helped him practice different kinds of writing and thinking, such as Journalism, AP Biology and AP Psychology.

“I am a big believer in open government, people need to know what the government is doing,” said Pollack.

Pollack said he originally planned to be a journalist in college, but realized shortly after that he did not love the field itself; instead, he had an interest in the issues that were explored in journalism.

“I like the First Amendment and freedom of speech and different aspects of the law. So I went to law school after that.”

Pollack then went on to work for a non-profit that focused on media law and open government issues.

He joked, “After that, I kinda switched sides and I worked for the government.” But he followed this up by saying, “I feel as though I am part of that machine keeping the government honest.”

Some words of wisdom Pollack has for East students are “Don’t box yourself into what you think your career will be and take classes you don’t think you’d like just to try things out, just try what you are interested in.”

Pollack said communication and writing skills are crucial for his occupation. “You have to have a sense of civic duty… I take a lot of pride in wanting to make society as good as it could be,” said Pollack.

A typical week for Alex Pollack (‘02) means working around 60-90 hours at an upscale restaurant called A. Kitchen in Center City, Pennsylvania. His job consists of organizing and managing a team to prepare and serve breakfast, lunch and dinner. On a more day-to-day schedule, he prepares stations for the day, receives orders as they come in and creates the dishes to the customers’ satisfaction.

Pollack also reviews the restaurant’s profits and checks to make sure the amount of money being used for goods is in line with the amount they make from food sales.

“Cooking actually involves a lot of different aspects of education,” said Pollack.
He applauds East for providing courses that taught him different skills used for his job, highlighting Algebra and Statistics specifically. He also said the Spanish courses helped teach him how to interact with other employees.

“Growing up in the East, there is a very diverse ethnic and cultural population at the high school, and I feel like that helps you relate to people as you meet people from different high schools around the world,” said Pollack.

He remembers Multicultural Day as one specific example of these types of interactions. Pollack said he had to work his way up to the position he is in now. He struggled finding a job as a chef without loads of experience, but he kept pushing towards kitchen work.

“I filled enough roles as a dishwasher when I showed up for work, and one of those days a cook didn’t show and I found my spot in the kitchen,” said Pollack.

Pollack said that working locally in the Philadelphia and South Jersey area shows a “community of inclusion.” He thinks that parts of the food industry in these places are not overly competitive and support one another.

Pollack said his sarcastic answer to anyone interested in the field is “don’t do it.” However, he said his real answer is, “if you feel passionate and are willing to dedicate the amount of time it takes to be good at cooking and be an effective leader, then it’s probably for you.”

Similarly, Pollack thinks that if someone feels as though they are not ready to be restricted to a typical work environment and be placed behind a desk for hours, the kitchen may be for them.

“A lot of people find being in a kitchen is a relief and an escape from dealing with their issues.”

Pollack reminds East students that if they are interested in working at a restaurant, there are places that will let them try it out.
“Sort of a try-before-you-buy,” said Pollack.