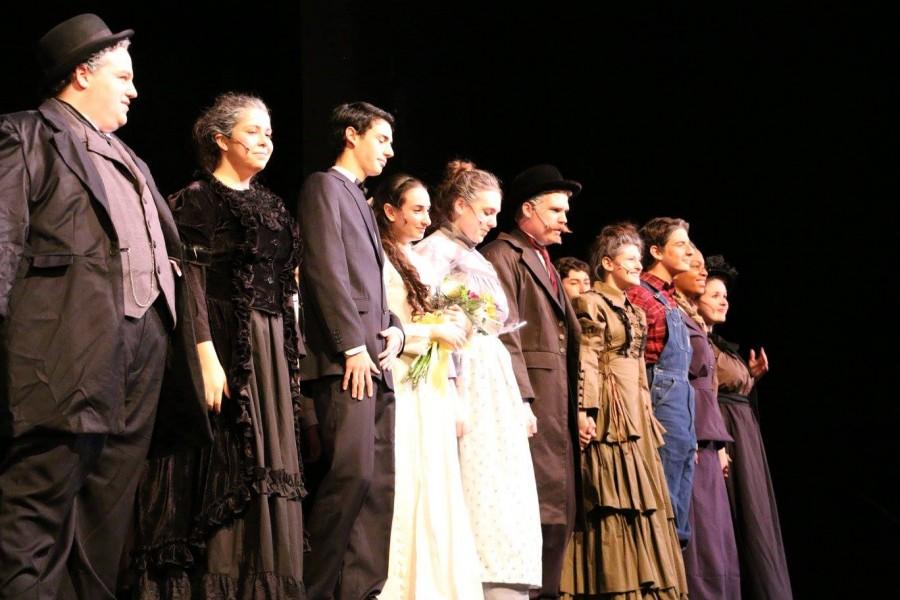 "Our Town" cast members smile happily after their performance.