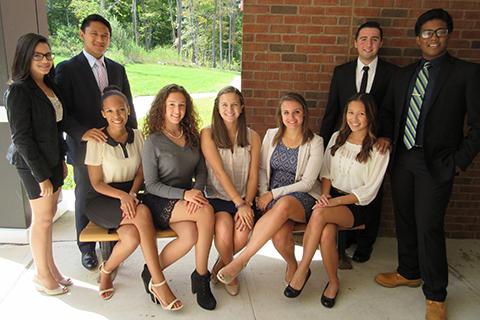 At this year’s New Jersey Association of Student Councils (NJASC), student governments from across the state gathered at Six Flags amusement park in Jackson, New Jersey. The student governments received honorable mentions for their hard work in planning events and their dedication to community service.

The ceremony commenced with performances from various groups, such as drum a routine from a marching band. The performances were followed by a speech from the president of the organization, Nina Trach of South Brunswick High School.

After another speech, Diya Patel of Brooklawn Middle School read a proclamation from the state government, calling for a student council week. The town adult advisors of the NJASC, Wendy Booth Sitzler and Lou Miller explained the programs of the day, focusing mainly on various workshops, created to share student government ideas.

Every year the NJASC donates money to a selected charity. During the ceremony, the donations were given to the charity called “Christine’s Hope for Kids.” The charity aids disadvantaged children. In addition, the charity for the next year was selected. Over the next year, the combined efforts of the various student governments throughout the state will benefit “Hope Loves Charity,” a group that helps children with relatives suffering from ALS.

To complete the ceremony, three different types of awards were announced: Community Smile, Standards of Excellence, and State Charity. Community Smile rewarded schools with exemplary volunteer work. East won the Standards of Excellence award last year, however, since the award could only be given to a specific school every five years, East was not yet eligible to receive it again this year. State Charity awards were given out depending on how much money was donated by each school throughout this year.

East didn’t receive any of the awards, however, school president Brett Dashevsky (‘16) knows that the lack of commendation does not mean that East lacks charitable initiative.

“We didn’t do anything this year, but next year we are planning on doing things that can win us an award, [like] raising money for certain charities,” said Dashevsky. “For Mr. East, we are going to choose a charity that correlates to what they want. That way we can win an award. We would definitely want to be called up for something next year.”

Despite the disappointment, many members of the East contingency continued to hold strong spirits. Perhaps it was a sense of hope of the future, or excitement to finally get on Kingda Ka.