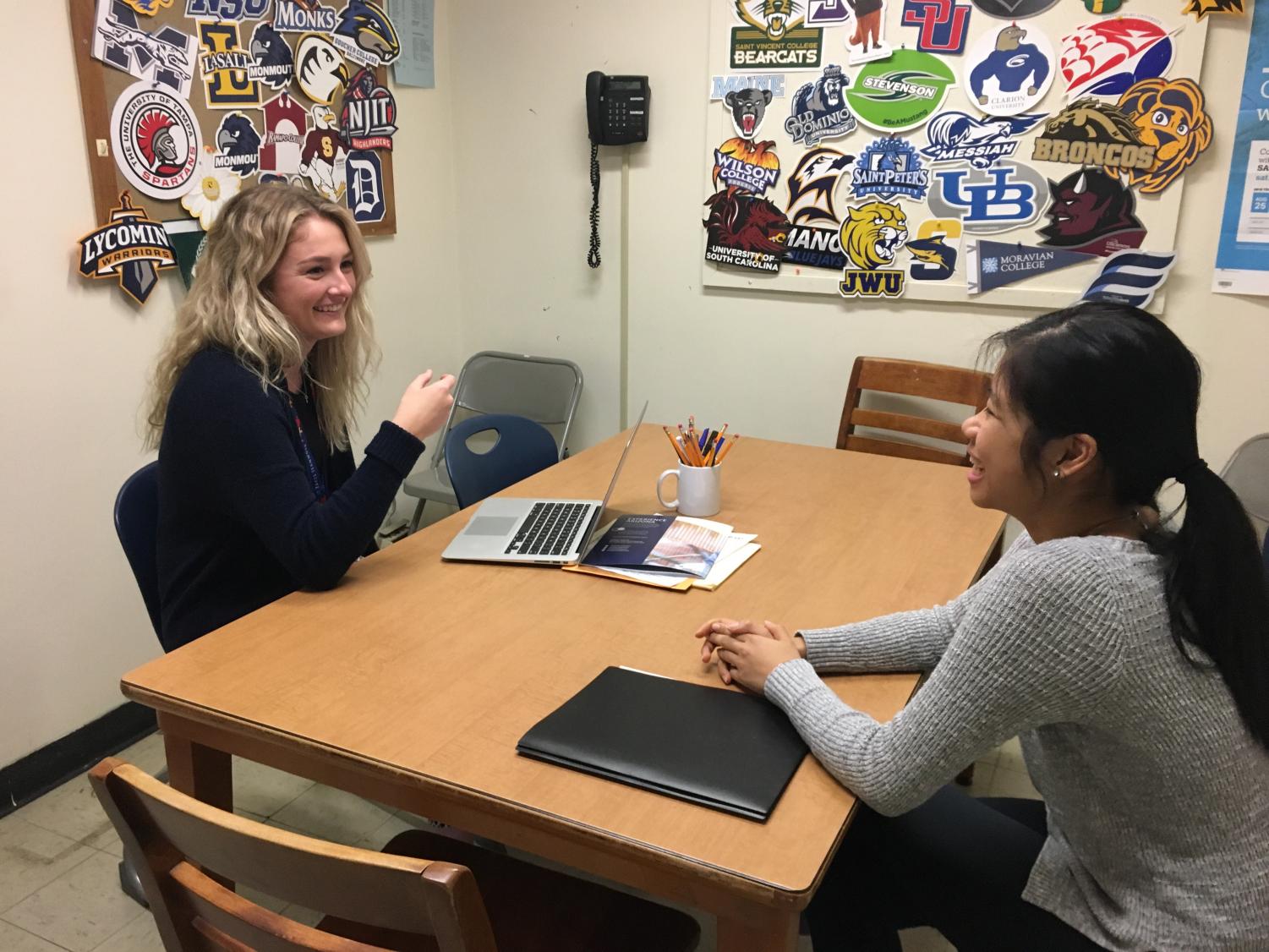 Wraga speaks with a student about college decisions. (Courtesy of Maddy Costello ('20))