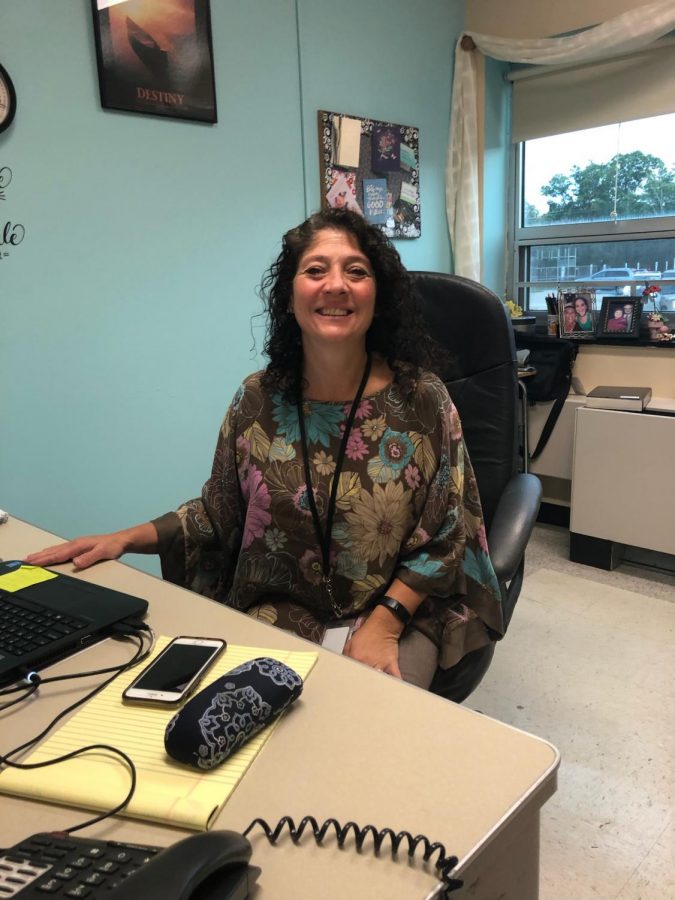 Stacey Butler, the new psychologist on the Child Study Team, familiarizes herself with the large school grounds of Cherry Hill East, as she begins to set goals for the 2019-2020 school year.

Butler specializes in the field of psychology.  This school year marks the 20th year of her teaching career.

Butler chose to go to school for psychology because of her immense love of working with children and her need to help people in her community.

Butler graduated in 1993 from the University of Albany to receive her undergraduate.  Five years later, in 1998, she continued her schooling at the College of Saint Rose, located in Albany, New York.  She attended this school to earn her graduate degree.

Butler worked at other schools prior to coming to Cherry Hill East. Before working at East, Butler worked at Beck Middle School for 8 years.  At Beck, Butler focused more on the hands-on involvement with her students. However, she is more involved with graduation requirements and IEPs (Individualized Education Programs) at East.

Her job, Butler describes, is individualized to meet the needs and expectations of each of her students.  Butler adds that her time at Cherry Hill East has been different from her previous experiences as a psychologist.  However, she embraces the change and says that working at the new school brings her pleasure and excitement

Butler sets multiple goals she wishes to accomplish by the end of the school year.  She wishes to familiarize herself with the complexity of the school and take the time to know her students one-on-one.  In the same way, she aspires to be an advocate for them and a voice to convey their thoughts, feelings, and ideas.

Butler said, “I want to be able to support them, but I also want them to be independent.”

Butler explains that she relies strongly on accountability and responsibility.  She also reminds herself and her students to create and reflect an image of their best selves every day.

Outside of East, Butler enjoys the outdoors and embraces the nature that surrounds her.  Butler’s favorite outdoor adventures include, going to the beach and hiking. She also enjoys reading books.  When Butler isn’t reading or enjoying the world around her, she likes clearing her mind by doing yoga or going on a run. Butler allows herself to reflect and refresh because she believes “every moment is a chance to make a better choice.”

Butler cannot wait for the rest of the school year at Cherry Hill East.  She already loves it, and is ready for a stupendous year.