Filmed and Edited by Luke SHin 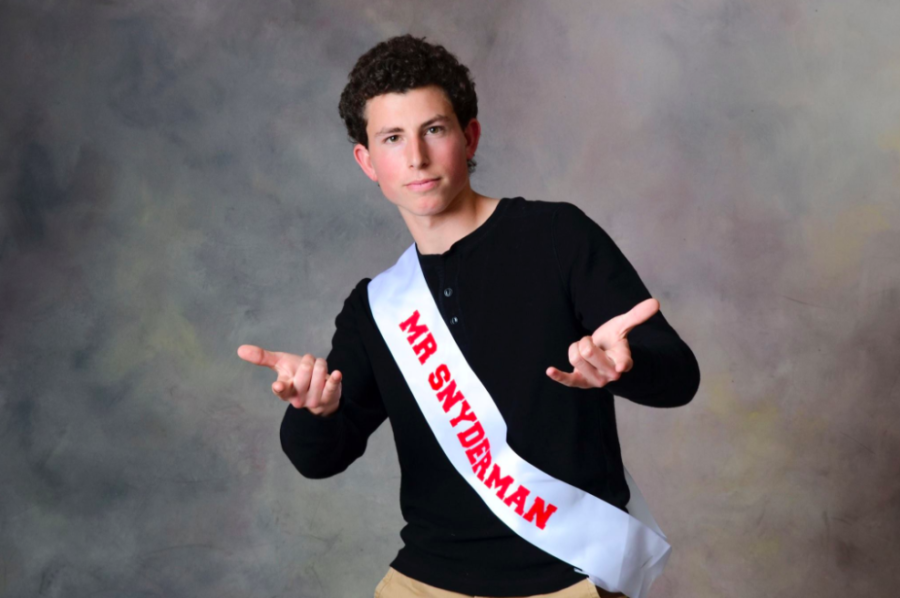 The 30th annual Mr. East competition took place on April 21, as ten seniors with flamboyant pageant personas and several vibrant costumes each vied for the hearts of the judges and the audience. Although tickets were still being sold at the door upon entry, as opposed to the sold-out crowds of years past, the USA-themed evening truly exemplified the spirit of America. It was eclectic and a bit confusing at times, but contained several high notes and ultimately gave the student body an opportunity to bond over a unique tradition.

Every year proceeds from Mr. East go to support a charity. This year’s selected organization was One is Greater Than None, which rescues children in Ghana from child trafficking. There were 7 segments to this year’s competitions, along with a ten-minute intermission; the opening dance number, swimwear, talent, formal wear, question/answer, a special presentation from two One Is Greater Than None representatives, and finally, announcement of the winner.

The opening dance, prefaced by an airline-themed safety briefingl, saw our ten patriotic contestants clad in red, white, and blue. They strutted their stuff to a medley of contemporary American favorites and patriotic ballads, including “Party in the USA” by Miley Cyrus and “Proud to be an American” by Lee Greenwood. The ten hopefuls were given brief solos during the opening number to show off dance moves corresponding to the particular U.S. location that each personified.

Next was the swimsuit portion, where each contestant spent a minute or two demonstrating how they like to enjoy a warm summer day in their swimsuits. Swimwear ranged from small swim-team Speedos to baggy trunks, and the activities presented by the contestants included tanning, lifeguarding, and playing sports on the beach. 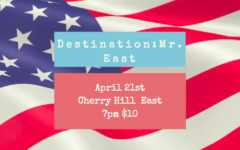 Each contestant’s interpretation of the talent portion was slightly different, leading to some incredibly unorthodox presentations. Christian Termine (‘17), operating under the alter ego of Mr. Rice Chris-py, is well known for his membership in the Break-Dancing Club (BDC), and therefore for his considerable break-dancing prowess. He featured some friends from BDC in an exciting and skillful medley of sick moves and captivating music, including a Bruno Mars tune.

Like Termine, Ben Vaupen (‘17) – aka Mr. Vaup to the Top – decided to utilize the skill set acquired from one of his after school activities in his act. With the carpentry prowess acquired from stage crew, he made the unique decision to stage a home-improvement show dedicated to fixing everything that was wrong with Texas, from cowboy boots to country music. Vaupen’s distinctive creative decisions, including various political comments and the pantomiming of a girl being altered under the blade of a chopsaw, certainly set his act apart.

Mr. Oh No made a similar decision to display a long-established talent; specifically, the love of cooking he first established in the fifth grade. He made guacamole on stage and invited the judges, one lucky audience member, and one bemused Spanish teacher up on stage to taste it. Mr. Oh No, who usually goes by the name of Sung Kwang Oh (‘17), finished up his act with some witty yet powerful anti-Trump political banter.

Song and dance routines served as another common thread amongst the night’s talent routines; Emerson Levy (‘17), aka Mr. Mau-E, set the trend in motion by performing a medley of songs from Moana and Hamilton. Mr. Mau-E’s act paid homage to two of his musical idols, and he certainly did not “throw away his shot”  at dazzling the crowd.

Jake Cerota (‘17) also paid homage to a favorite artist in his kinetic and shirtless performance. Working under the name Mr. Drizzy Jake, Cerota preferred a different sort of stage presence than his competitors when he sought to involve the audience in his routine of stalking up and down the aisles while rapping along to Drake songs. Cerota got up close and personal with the crowd and serenaded several female viewers directly, including Mr. Snyderman’s mom, who he invited on stage for a brief dance. As the old adage goes, if you can’t beat ‘em, dance with their mom.

Speaking of musical collaborations, Mr. Bringing Sexy Zach – usually called Zach Padersky (‘17) – threw it back to his Lip Sync Battle roots for his act. Formerly a member of the winning group Damn Skippy, Padersky teamed up with the former runners-up, the spunky four-girl team of Girls With Attitude, to present a wicked lip-sync melody including tunes like Fergalicious by Fergie and Milkshake by Kelis.

Adam Crognale (‘17), or Mr. A-Damn, began by performing a powerful and touching duet with Sandra Bruno (‘17). He then teamed up with other members of the East drum line to produce some powerful percussion, including an all-drum rendition of Shots by LMFAO.

While he didn’t sing or dance, Mr. Snyderman – aka Josh Snyder (‘17) – did present perhaps the glitziest routine of the night, with a riff on America’s Got Talent that managed to be incredibly unique while still cohesive. Featuring two sensational ‘showgirls’, Josh Kagan (‘17) and Noah Shalit (‘17), and two scene-stealing simians in his routine, Snyderman pulled off a daring juggling routine. His tricks included juggling a pair of apples, a scissor, and a working cell phone; juggling while riding a hoverboard; and glow-in-the-dark juggling.

Mr. Feel the Berm, aka Sam Berman (‘17), was also inspired by TV shows in his skit-like, concept-art talent routine based on the idea of ‘Netflix and Thrill’, a fictional machine that allowed him to be zapped into TV shows. He danced with Ms. Nicolazzo-Dollarton on Dancing With The Stars, fumbled a soccer ball on Sports-Center, and wore a giant Wheaties box on America’s Next Top Model.

Griffin Dabritz (‘17), under the name of Mr. Dabs On ‘Em, evoked a similar theme by taking the audience on a journey, the concept of him trying to find a Mr. East act. Under the guidance of a temperamental ‘fairy godfather’, Dabritz tried out synchronized swimming, rapping, and singing in a spectacle with enough scene changes to feel like a tightly compacted play.

The talent portion was followed by the formal-wear portion, in which each contestant was escorted down the ‘runway’ by an escort, while the emcees described what each contestant might do on an ideal date. Mr. Oh No set himself apart by performing a few steps of intricate choreography with Sarah Vetesi as his partner, and Mr. Bringing Sexy Zach took the classy ambience to the next level by prom-posing to his escort, Erica Thunberg (‘17) as they exited the runway together. This was followed by a question and answer portion in which the chairladies asked the contestants personality questions, uniquely tailored to match their identities and backstories. This prompted some touching moments and memorable answers, including Mr. Bringing Sexy Zach’s proclamation that he had no flaws and several proclamations of love from the contestants to their mothers.

As the alumni judges, Ed Regan (‘89), Howie Jastrow (‘98), and Matthew Sterling (‘04), gathered around to come to a final decision, the two co-founders of One is Greater Than None took the stage. Since the charity was founded ten years ago, when they were in eighth grade, 25 Ghanan children have been rescued from the fishermen they were sold to, as a result of members of the organization utilizing donated money to travel to Ghana and barter with the fishermen who bought these children. After liberating the children, the organization sponsors them with a safe home and an education. The contestants then combined the charity’s noble purpose with their own penchant for working a crowd by playing Minute To Win It, in which they rushed around the audience with buckets trying to outdo each other at collecting the most supplementary donations for One is Greater Than None.