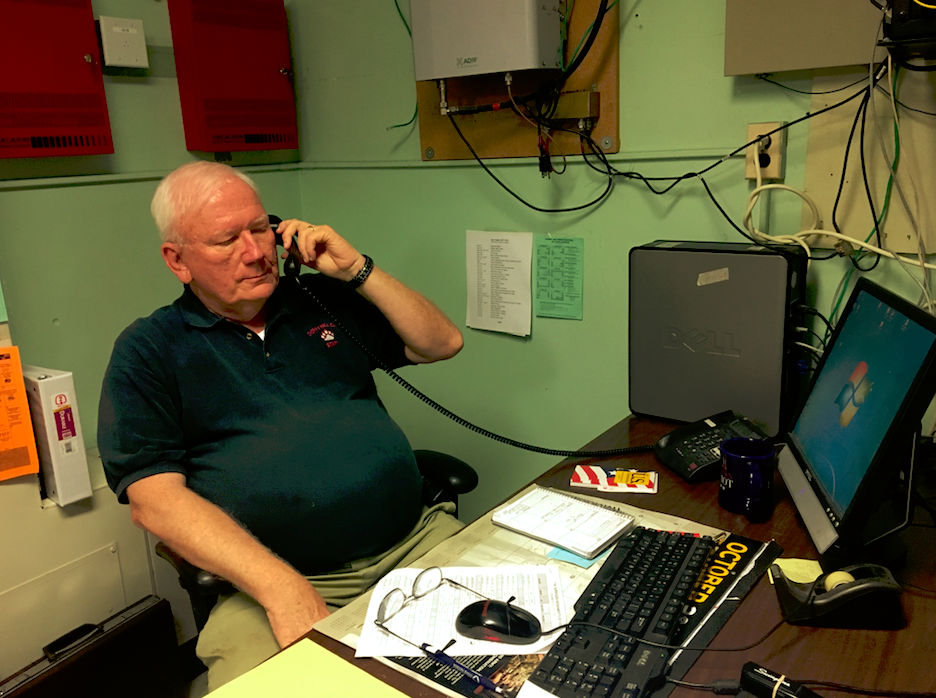 Mr. Hall retires after 23 years of serving at East

Mr. Edward Hall has worn many hats during his 23-year tenure at Cherry Hill East: a substitute teacher, the head of the building’s AV Department, a member of East’s security team, and a faculty co-advisor of the Gay Straight Alliance. Next week, however, East will say goodbye.

In reflecting on his time at East, Hall recounted one of his favorite moments during his tenure here.

“[My favorite memory] would be the day that Cherry Hill East went outside and stood attention for…Marine Private…Jeremy Kane, who was killed in Afghanistan, he was an East [alumnus],” said Hall. “The funeral procession came by the school and the entire school came and lined up outside with the band and the color guard out there and I thought that was our finest moment.”

Hall, however, will not be saying goodbye to the workforce, at least, not just yet. Starting next week, he will become an in-patient chaplain’s assistant at Virtua Medical Center after months of training nights at Virtua.

“I finish training next week, and then I’m not sure what happens, but I’ll be working at the Mount Holly facility,” said Hall.

“[I am most looking forward to] working with people…maybe saying something to make them feel better…maybe making their day a little bit easier. I’m sure there’s not going to be a lot of happy people in the hospital…maybe I’ll be a little bit closer to God, doing the Lord’s work,” said Hall.  “It’s something to do to help people.”

Above all else, however,  Hall will miss the students here at East the most.

“[The kids are] fun, they can be annoying sometimes, but they’re fun,” said Hall.

So far, East has not hired a new staff member to fill Hall’s shoes.  Considering the hundreds of students he has helped over the years by serving as a source of guidance, a helping hand or an open ear, filling his shoes may not prove possible.