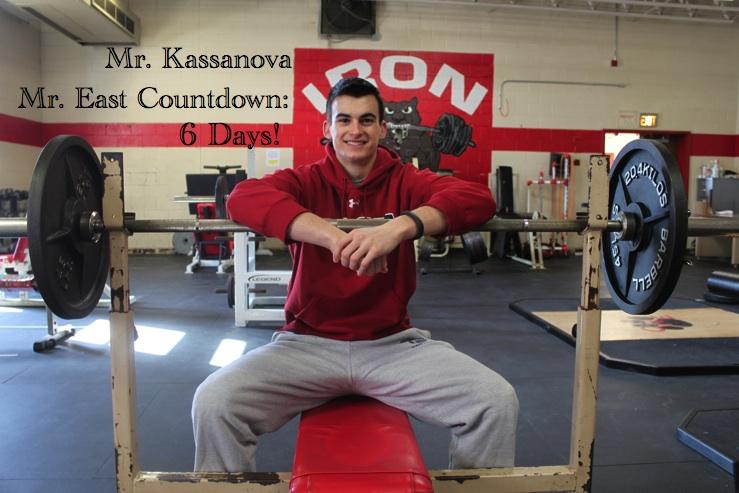 As far as the results for the Mr. East competition on April 12, Alec Kassan (’13) believes he TECHnically has victory in the bag. Performing as Mr. Kassanova, he believes to serve as a true highlight of the night.

“I plan to bring special effects, video effects, and it’s just going to be very entertaining,” Mr. Kassanova said, “There should be a lot of laughs.”

Mr. Kassanova would like to surprise his audience with his act, however, he said to expect to learn about his great abilities to film and edit videos. As both an athlete and a theater participant, he plans to showcase his broad spectrum of talent.

Mr. Kassanova clearly is interested in making and editing videos, yet there definitely is a lot more to know about him. He claims to be known for “picking things up and then putting them down,” hence his desire to one day become a physical therapist and assist others to get well and “help them get in the best shape of their lives.”

“We got a lot of talented people in the show, and I’ve had a lot of fun working with them already,” said Mr. Kassanova.