On Saturday, May 14, the Class of 2012 looked dapper and dashing at the Collingswood Ballroom. When 402 students, exactly, crowded the dance floor, the energy was transcendental—and on another level.

The theme of the night was Katy Perry’s “E.T.,” or as the t-shirts declare, “Extra Twelvestrial.”

“Fantastic, delicious, colorful, sexy…that’s about all the adjectives I can think of right now,” said Mike Berkowitz (’12), Junior Class President when asked how prom was going at the beginning of the night.

Dinner was served at around 7 o’clock, with a buffet including entrées of salmon and roast beef.

“[Prom was] really great, definitely better than expected. Everybody was on time and the food was good,” said Harrison Kim (’12), Junior Class Vice President and SGA Vice President.

After dinner, the junior and their dates hit the dance floor for a few hours of dancing and socializing.

“Everyone seems to be having a great time,” said Max Cohen (’12), Junior Class Vice President during prom. “I think the t-shirts are going to be a big hit.”

Those who attended could sit upstairs or downstairs, with the upstairs surrounding the perimeter of the dance floor and a gallant staircase leading down to the dance floor.

“I think we should keep [having junior prom] here. It’s really nicely laid out and it’s perfect,” said Ari Ommundsen (’11), who went to Junior Prom 2010 in the same venue.

As those who attended can attest, junior prom was, in Katy Perry’s words “supernatural, hypnotizing, supersonic, from a whole other world, a different dimension.” 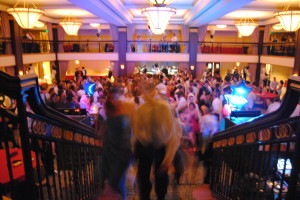 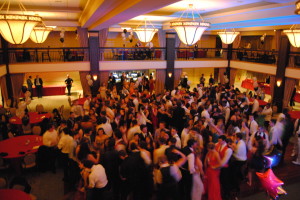 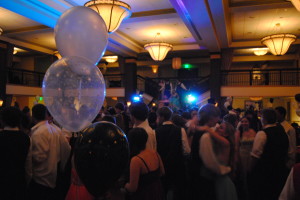