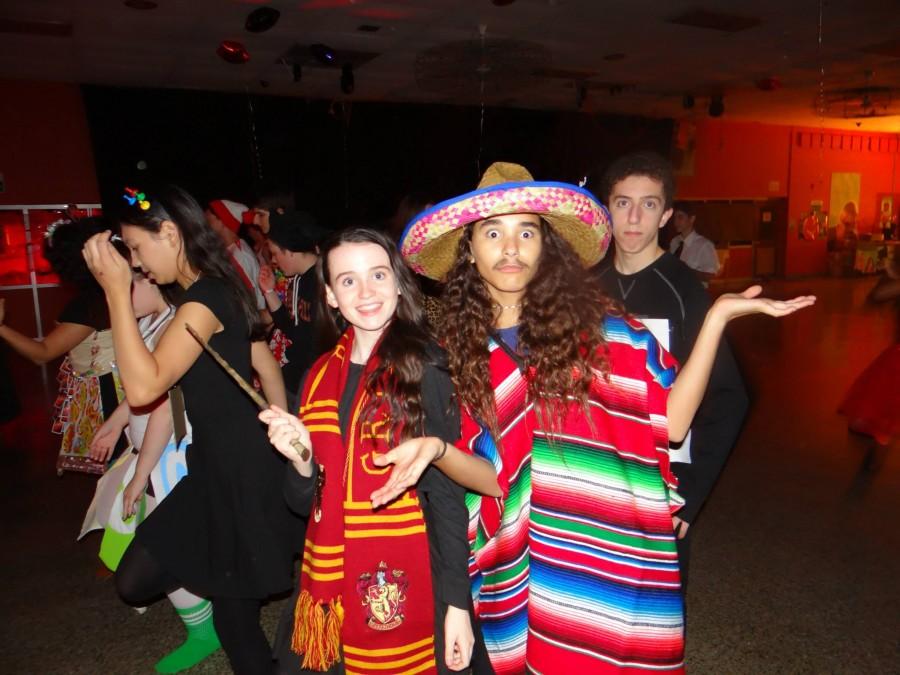 Natalie Chadwell (‘15), the Thespian Society President, said that the reason for the dance’s cancellation was they did not feel like it was fair for the teachers.

“It’s just as much [the teachers’] dance as [it is] our dance,” said Chadwell. “They have been having this dance for years, like tradition, and we didn’t think it was fair to do it without them, and we wanted to support our teachers. Us not doing it was [our way of] saying we support our teachers and what they do, so we’re not gonna take the easy way out.”

What the students are supporting is the teachers in their contract dispute with the Board of Education. Many functions at school have been affected by the contract issue, with many clubs and after school activities temporarily halted early last year in the midst of the dispute. This also includes all the Thespian Society activities that would have taken place after the Halloween Dance last year as well.

Whether or not the dance would occur or not had been a longstanding question for a while, but it was officially deemed cancelled the Wednesday before the dance was scheduled to take place.

Chadwell said that before the decision, those in charge of planning the dance had a basic understanding of what they were going to do for the dance, but they did not have a chance to add too many details before they chose to cancel the dance.

“We had the really simple things [outlined],” Chadwell said, “but we really didn’t have anything definite [before hand].”

Chadwell also said that other events held by the Thespian Society and Theatre Department, such as Coffee House and the banquet, are going to also possibly be cancelled due to the contract disputes.

Chadwell said that in order for the Halloween Dance and the other events organized by the Thespian Society to come back next year, the contract disputes need to be dealt with.

“Once the teachers and the Board meet, and there’s an agreement, the dance will be back on,” Chadwell said.

The Theatre Department is not the only part of the school that has been affected. Many East clubs and departments have had to cancel their events because of the contract dispute.

Chadwell said that the dance was very popular amongst not just the students involved in theatre, but also those involved in band, orchestra and the vocal department.

The Thespian Society hopes to have a Masquerade Dance sometime in March in order to make up for the Halloween Dance, but this dance might also be in danger unless the teachers and the Board of Education can come to an agreement regarding the contracts.

Teachers and students have to deal with the consequences of this contract dispute, and it has undoubtedly taken away many of long beloved traditions at East with the Halloween Dance only being one of the many that has gone away.