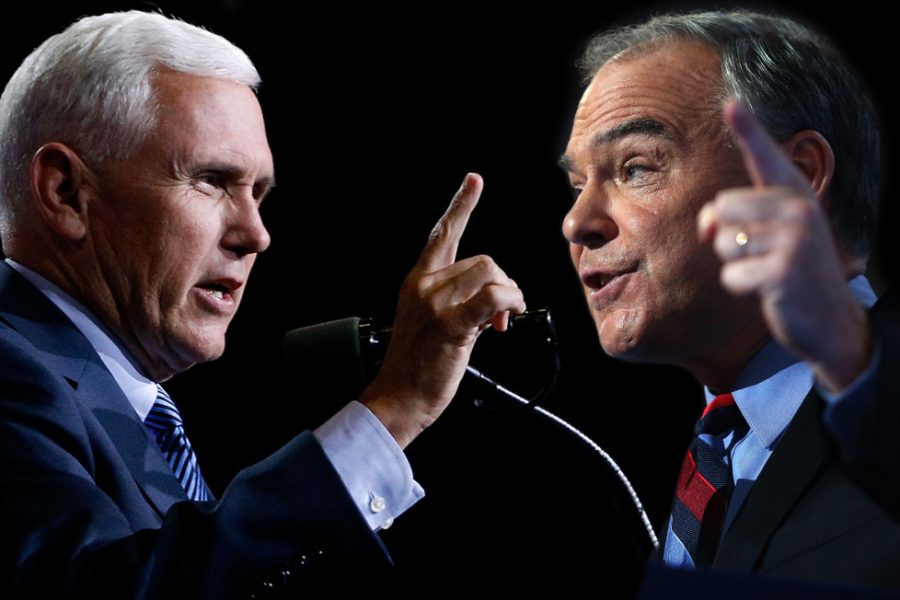 Vice-Presidential candidates, Governor Mike Pence(R) and Senator Tim Kaine(D), took to the stage Tuesday to debate which of their running mates could best lead the nation through a turbulent period in its history.

Pence and Kaine both had the chance to promote their respective running mates in the debate, which took place in the crucial swing-state of Virginia. They covered topics from economics, to foreign and domestic policy, to faith.

When asked about the controversial topic of law enforcement, both Pence and Kaine agreed that improving community relations with police and sweeping criminal justice reform are paramount to law and order. However, the candidates disagreed on whether or not there is an inherent racist bias in the police force; with Kaine arguing that there is, and Pence arguing the converse.

One of the more hotly debated topics of the night was foreign policy. Pence attacked the foreign policy of Barack Obama and Hillary Clinton in regards to Russia. “When Donald Trump and I observed…in Syria and Iran and Ukraine that the small and bullying leader of Russia has been stronger on the world stage than this administration, that is stating painful facts,” Pence said.

Both Kaine and Pence also spoke directly about how their respective running mates would deal with Putin. Kaine said that Clinton had a track record of going “toe-to-toe” with Russia, while Pence said that Donald Trump’s strength would allow him to garner Putin’s respect.

On the matter of the civil war in Syria, both candidates agreed that the establishment of humanitarian zones in Northern Syria is necessary, but disagreed on the matter of Syrian refugees. Kaine promoted the acceptance of refugees and Pence promoted their denial into the United States.

The candidates also discussed immigration. Pence said that he and Donald Trump plan to end illegal immigration first, deport the criminal illegal aliens, and then “deal with the rest.” This, he said, would strengthen both the economy and rule of law in the United States. Kaine on the other hand, said that Clinton’s plan entails bi-partisan reforms and a path to citizenship.

In regards to economics, Pence argued that lowering taxes would stimulate the economy and that the Clinton/Kaine plan would entail two trillion dollars more in expenditures. Kaine argued that raising the minimum wage, initiating equal pay for equal work and investing in free college is the correct direction for America.

In discussing Donald Trump’s tax plan, Kaine raised the point that Trump still has not released his tax returns. “If [Donald Trump] ever met his promise, and he gave his tax returns to the American public like he said he would, we would see just how much his economic plan is really a ‘Trump-first’ plan,” said Kaine. Pence responded that Trump will reveal his tax returns after the completion of an IRS audit.