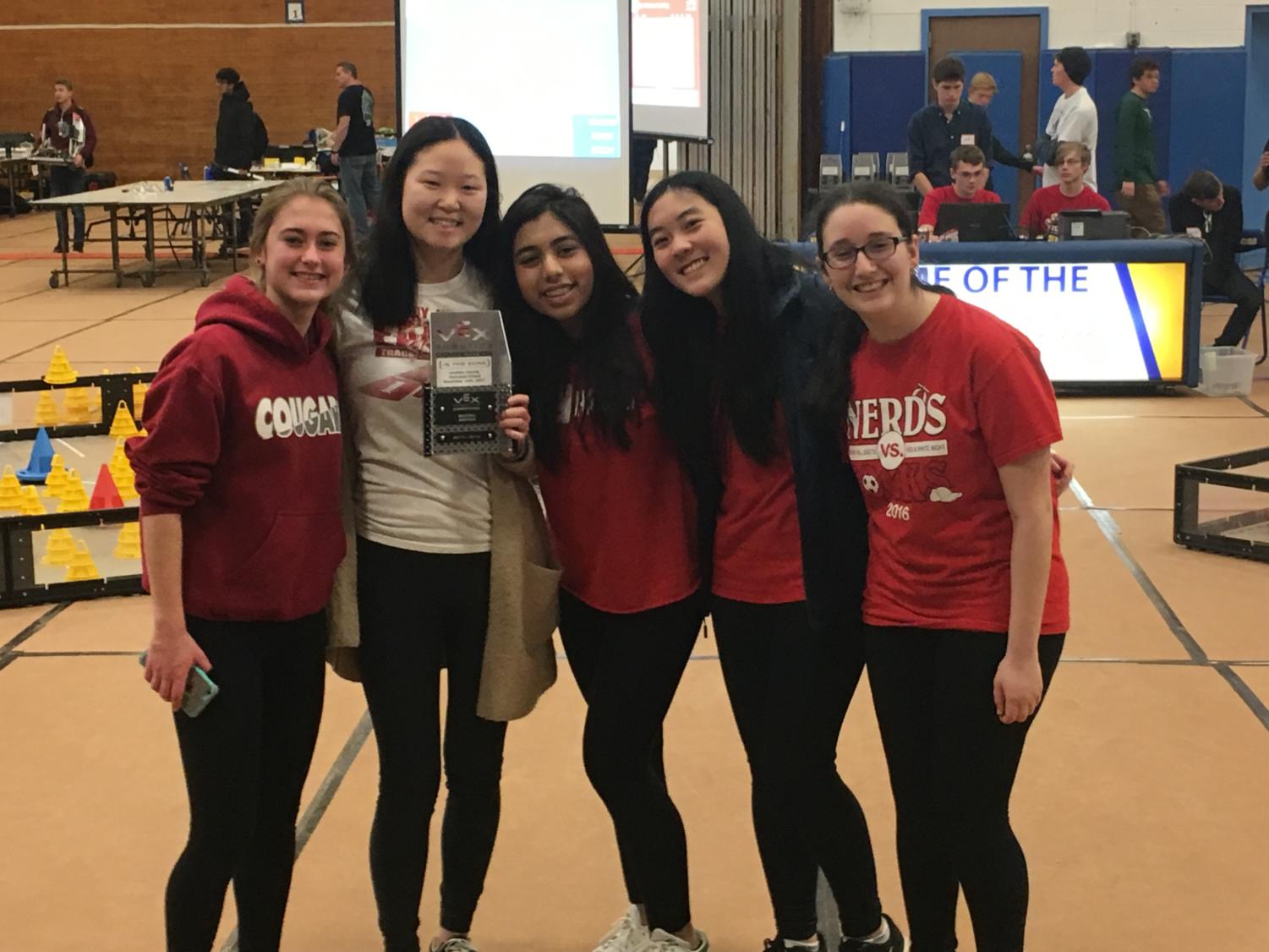 Over the last decade, Cherry Hill East robotics has become a dominant force in many competitions. East has had teams compete against some of the best teams in the world.

One thing those teams had in common, though, was that they all contained at least one male member.

Robotics, gaining popularity among East students, recently sparked an interest for a group of girls. They wanted to defy all odds and become the first all female team to make it to the New Jersey state competition. The team knew that this would be a tough task and that the odds were not in their favor, especially since none of the girls were particularly experienced in the field. Only 7.9% of mechanical engineers are women, according to the National Girls Collaborative Project. This statistic, however, would not stop them. 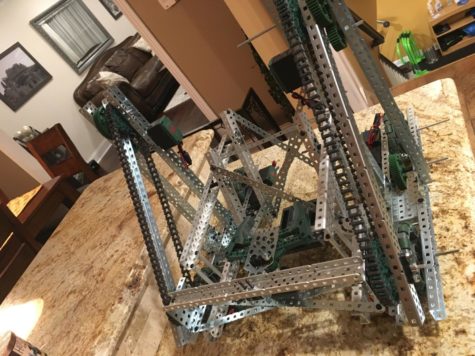 Team 2616Y (Y-naught), consisting of Caroline Cheung (‘19), Shir Goldfinger (‘19) Nafessa Jaigirdar (‘19), Iris Kim (‘19), Caylin Payne (‘19), Vidhya Sundar (‘19) and Anthea Zhang (‘20), decided to follow their passion. Even though they were hesitant at first, they mustered up enough strength in order to form the team.They wanted to make East history. Each member wants to go into the STEM (science, technology, engineering, mathematics) field in college, so robotics was the perfect chance for them to practice their skills. They formed because of their common interest in STEM and some wanted to follow in the footsteps of their older siblings.

“My brother did robotics… two years ago and I remember him bringing home robots to drive around and I remember thinking… that’s so cool. I want to do that,” said Cheung.

Another member of the team was Melanie Cohen (‘19), who moved to North Carolina. She and Payne were talking during Spanish class last year to a boy who was involved in robotics.

“[Cohen] brought everyone together. I feel bad she is not here to be a part of it,” said Payne.

Despite Cohen’s absence, the team still decided to go through with their goal. The team went to work. The first step they had to complete was thinking of a team name. They thought of Y-naught, which also symbolizes why the team got together. They went with the mantra “Y-naught us.” They also had to name their robot, which they dubbed Mercury 007.

A typical competition is an extremely busy day for the engineers. They arrive and have about three hours to practice on the field. They then participate in a skills competition and interview with judges. Next comes the qualification round, which is a round robin tournament of 40 matches in which they compete against different robots from around the region. Team Y-naught finished the round robin in ninth place out of twenty-four teams.

“This was pretty good for us and we didn’t expect that at all,” said Payne. 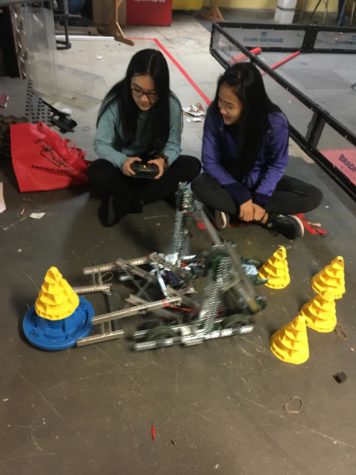 After the round robin, the elimination round began. The team made it to the semi-finals, where they lost. They went to the awards ceremony, where they won the design award for their notebook, which qualified them for the states competition. The notebook details the entire process of building a robot, including the brainstorming/designing, programming and the mathematical and physical computations involved. Typically the design award goes to experienced members. The team of all females was not expected to make it this far, however, they defied all odds and made it to the state competition.

There are multiple regional competitions throughout the season, all of which can qualify a team for the state competition. The girls, however, were able to move on to states from their very first experience competing.

“It feels surreal. We did it,” said Kim.

The team of all first time females who – with the help of Mr. Dilks – learned how to build robots, will get to participate in more regional competitions and the highly coveted state competition on February 24, 2018. For now, they will continue to improve Mercury 007 for a shot at moving onto the world competition.

The girls have bonded through this experience because they spent an innumerable amount of hours on Sunday’s working on this project. They laugh together and simply enjoy each others presence.

“We fail together and learn together,” said Kim.

For what started out as simply a hobby for the girls turned into a passion for all of them. They hope to inspire other all female groups to pursue robotics.

“In the beginning, so many people doubted us. A lot of people just thought we were doing this for college,” said Cheung and Payne collectively.

“People were so surprised that we actually built a robot,” said Sundar.

Team Y-naught looks to make some noise in the upcoming state competition, but most importantly, have fun while participating.