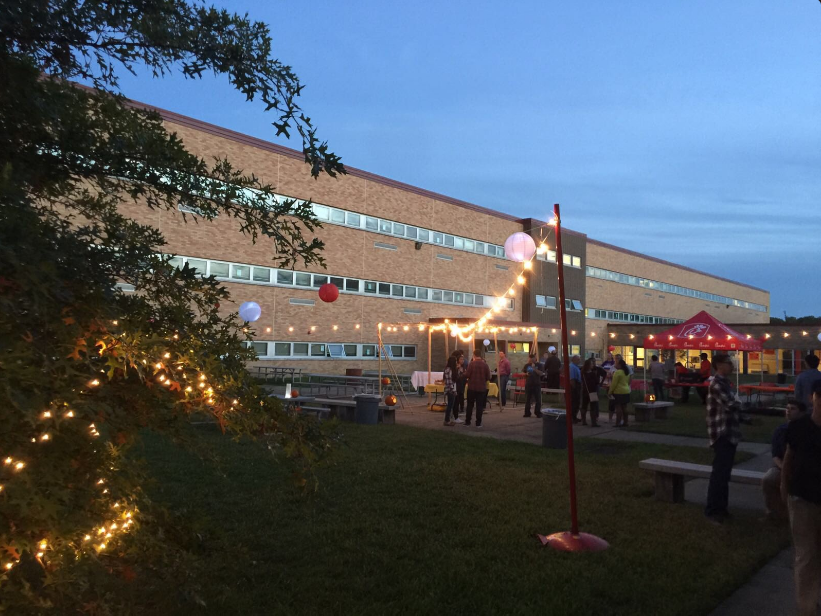 Students enjoy a nice night in the outdoors during East’s first Festival E.

After a month of school, a night for relaxing and having fun is needed. Fortunately, Festival E provided the perfect opportunity for East students to do just that. On October 7, the Cherry Hill East cafeteria and courtyard were filled with students for a night of fun. The Student Government Association held Festival E, a school sponsored fall festival dance meant to bring the school community together.

“I really wanted this dance to happen outside. And looking around right now, what I thought would be impossible turned out to be pretty neat,” said Sung Kwang Oh (‘17), SGA president.

Festival E is new to East this year. Last year, SGA held Project East, a rave-styled dance held in the Cafeteria. However, SGA thought it was necessary to do a spinoff of Project E in order to attract more students. A fall festival aspect intertwined into Project East created the concept of Festival E. A large attendance of students from all grade levels came out to enjoy a night of music, food and dancing.

Opening the dance to the courtyard created an atmosphere unlike any dance before. Outside, the courtyard was decorated with carved pumpkins, white holiday lights and Chinese lanterns. In addition to the decorations, students were able to choose from a large variety of food. Apple cider doughnuts, Chick-fil-a, Rita’s water ice, popcorn, and hot chocolate were all available.

“My favorite aspect of tonight is the courtyard. This is something new from my year so far, I’ve never seen a dance out here and it really looks great,” said Ben Bliss (‘18), SGA Junior Vice President.

Inside the cafeteria, there was a totally different atmosphere. Lively music energized the students and led them right to the dance floor. Entertainment was provided by two East students, Ricky Iuliucci (’18) and Evan Pelsrey (’18), who deejayed throughout the entire night.

The DJ booth was complete with a projection screen that showed colorful animations. The DJs were a hit for the students.

“Everyone here is having a great time… it’s a great atmosphere. Everyone’s moving. And the mixing is all me”, said Pelsrey.

Throughout the night music was playing, lights were shining, and students were dancing. It was evident that the students enjoyed their time at Festival E, as they all left with smiles on their faces. 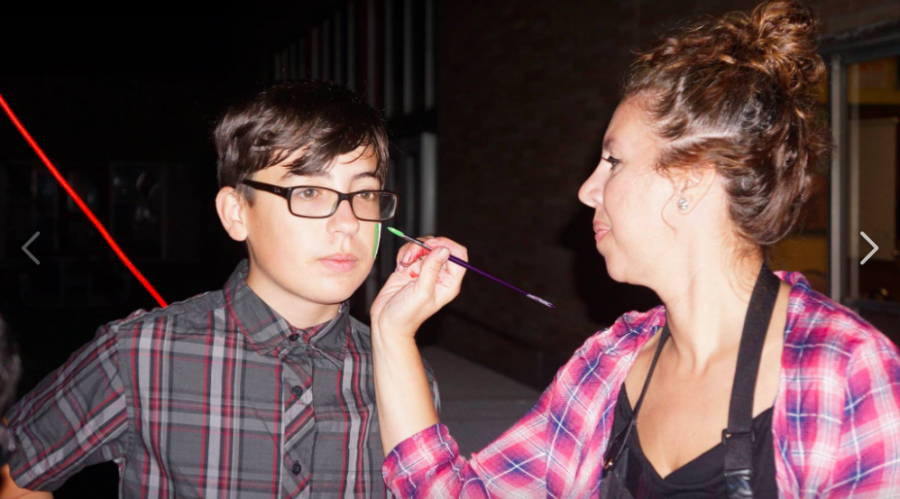