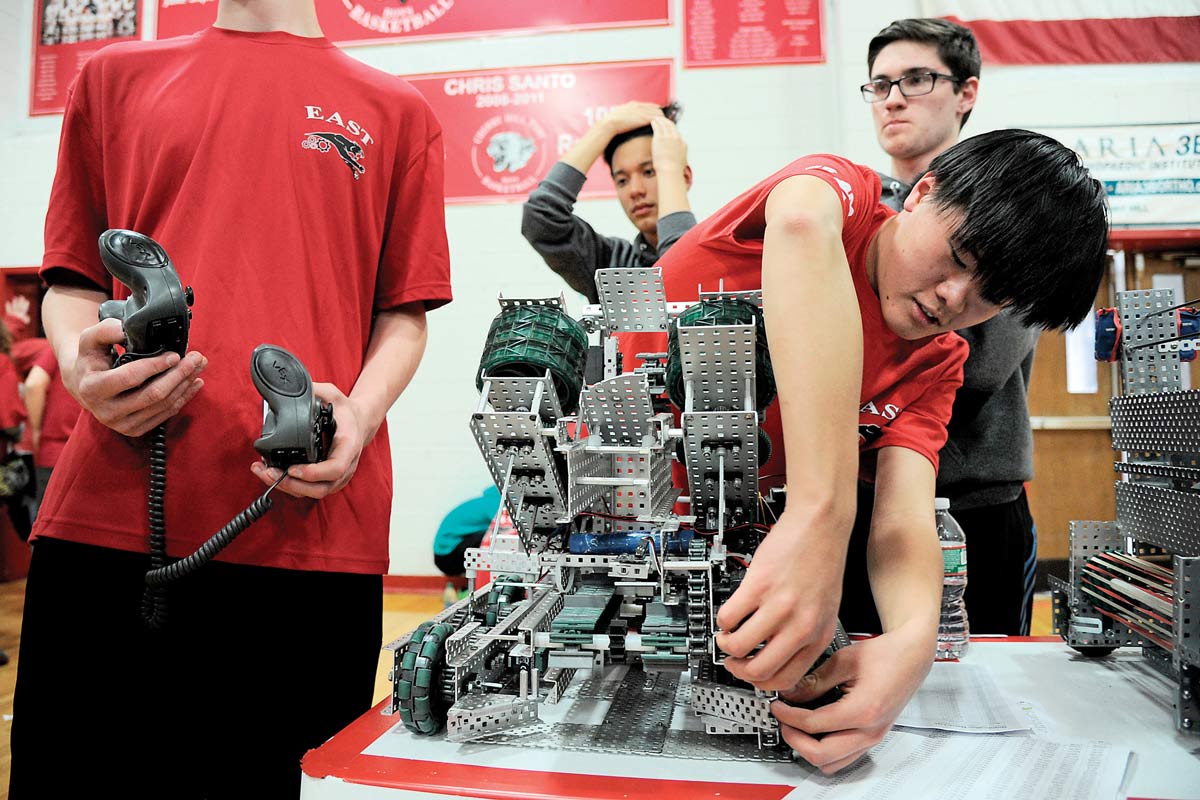 East students receive national recognition for their success in robotics

In a nation divided by political ideological ideology when many vehemently oppose the validity of science, students at Cherry Hill East can reflect warmly upon its place in the debate.

The United States may have reached its apex of ignorance and distrust toward science. For example, according to a 2017 study by the Pew Research Center, only 33 percent of Americans believe that evolution occurred on Earth exclusively through natural processes. Furthermore, more than 18 million Americans still think that the 1960s Apollo moon landings were faked.  Finally, reflecting many people’s unfounded disbelief of man-made climate change, on June 2, President Donald Trump removed the United States from the Paris Climate Agreement, a move that many believe will harm the world’s clean energy efforts for decades to come.

Standing in contrast to the diminution of science in the national sphere, the students of East have shown throughout the 2016-2017 school year that science is not dead.  Through its numerous scientific programs and awards, the high school has demonstrated that scientific curiosity abounds. In May 2017, two students from East qualified for the prestigious Intel International Science and Engineering Fair, a fair for which no East students had qualified for over ten years.  The students competed in Los Angeles, California against some of the best young scientific minds in the world.  Also, this year saw the East Robotics team host the New Jersey State Championship, an event the team has won all five years of its existence.  Members of the team also advanced to the VEX world championships in Louisville, Kentucky.  Finally, this year East saw seventy students inducted into the Science National Honor Society.

Since the days of the Enlightenment, science has served as a guiding light for mankind.  It has shone brightly through long shadows of ignorance.  Recently, science has been under attack and, to some, in decline.  At Cherry Hill East, however, science has continued to thrive.  East students remain at the forefront of scientific discovery and curiosity.  They give us hope that discovery, not ignorance, will prevail.