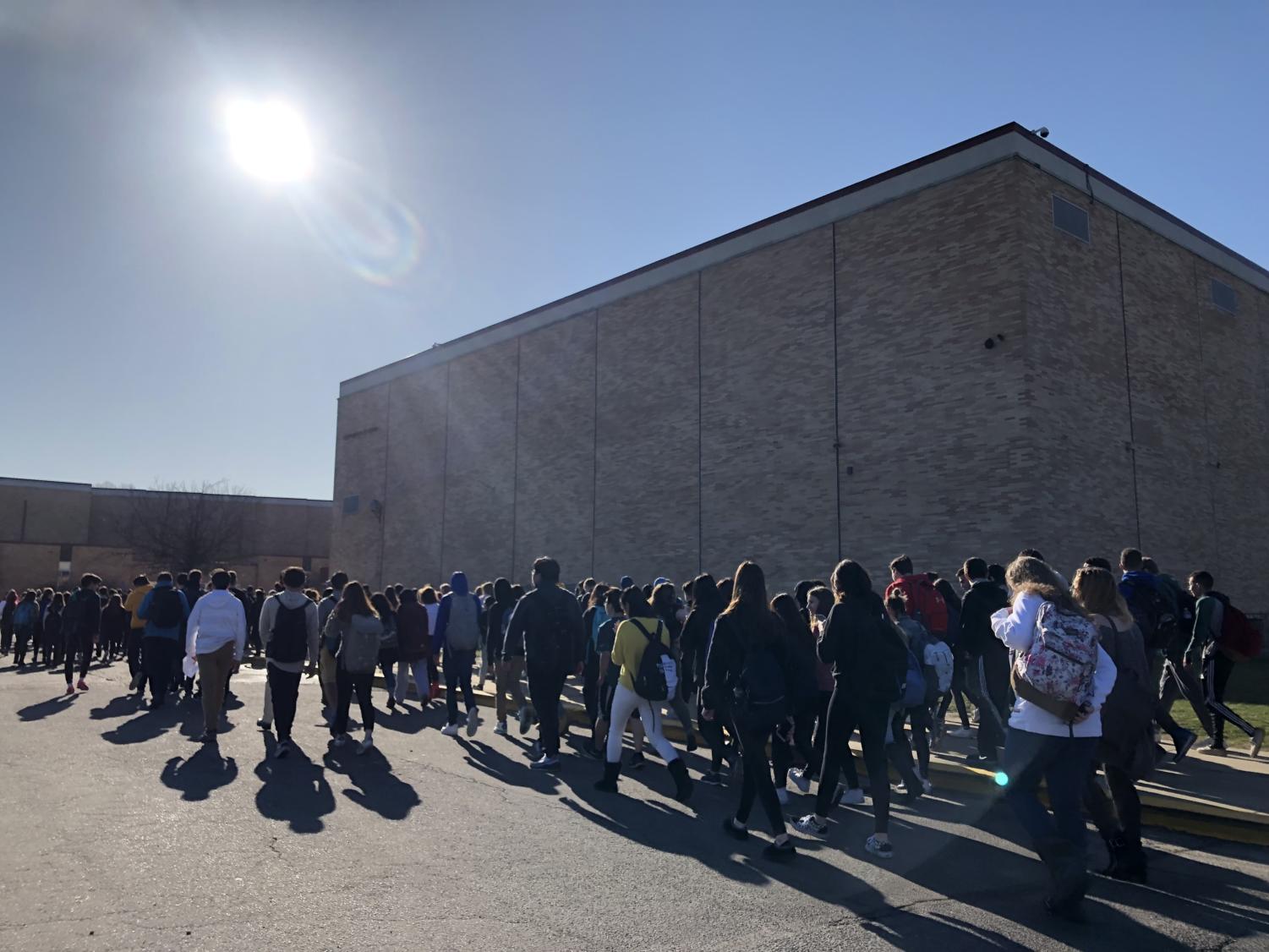 Students walking in the February 27 protest

A student-organized walkout took place at Cherry Hill High School East on the morning of February 27, 2018.

At around 7:30 a.m., on the morning announcements, principal Dr. Dennis Perry acknowledged that he had heard plans for a walkout. He expressed concern for the safety of students who planned to walk out, and invited students who planned to leave to instead meet with him in the auditorium to discuss their concerns, as he did the previous day.

Beginning at approximately 8:00 a.m., hundreds of students left their C-block classes and walked out of the school building, mostly by way of the student entrance, with some leaving through the side and back entrances. Students assembled briefly outside the student entrance before walking around the back of the school to the football field and track. There, the student protesters assembled in a large circle and knelt to observe one minute of silence in commemoration of the lives taken in the shooting that took place at Marjory Stoneman Douglas High School in Parkland, Florida on February 14.

The students took a few laps around the perimeter of the football field before walking back toward the front of the school and proceeding in a circle between the parking lot and the sidewalk on Kresson Road along the front of East. Students could be seen waving and cheering at passing cars as they honked in acknowledgement of the protest.

As the protest wore on, numerous police cars could be seen around the East campus, along with the building security personnel and vice principals. A total of three news helicopters hovered over the parade at one point, along with multiple news vans that provided coverage of the event.

Around 9:00, the student protesters returned to the front of the school, where they sat along the curb, flanking the bus lane in front of the student entrance on both sides. At about 9:15, there was a school fire drill, and those students still inside the school lined up as usual outside with their teachers in observance of the drill. The student protesters remained in place and did not re-enter the building at the end of the fire drill.

Following the fire drill, Perry came outside to address the walk-out participants, who then went back inside the school by way of the student entrance to meet with him in the auditorium, as he had suggested. Students voiced their concerns about recent events both in and out of the school environment. The meeting lasted about 70 minutes and adjourned about halfway through Lunch Break 1, at about 10:45.