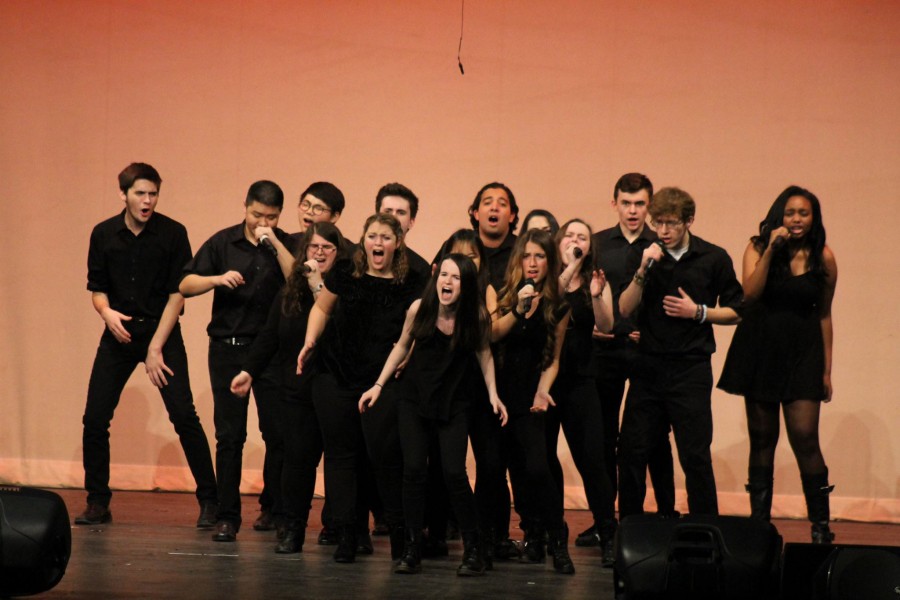 To kick off the new year, students from Cherry Hill East’s Music Department will be performing in the East Choral Concert, on January 7 at 7:30 p.m. The concert is free of charge and guests will enjoy music from all of the student choirs and singing groups at East.

The concert will feature a few solos, particularly from Vocal Workshop’s Cameron Orefice (‘19) and Aden Savit (‘19). Songs will be performed from various genres, so there’s something for everyone that night. These songs were chosen by East’s Choral directors Laurie Lausi and Heather Lockart as well as some small group students.

The performers have been diligently working to prepare for this concert. During the school day, the choirs meet as a class to warm their voices and belt out some tunes in anticipation for the upcoming concert. As well as meeting as a class, small group singers have given up their free time during lunch or after school to practice.  During those practices they’ve learned and grown together as groups.

The concert precedes many other events in the future of East’s Vocal Department, such as the premiere of Lifetime’s new T.V. show “Pitch Slapped”, starring East’s very own a cappella group, Stay Tuned. The television program launched January 5 at 10:00p.m. eastern time, and Stay Tuned will be performing a song from their line up at the East Choral Concert.

Lausi said, “It’s really nice to watch our youngest performers start to get it”.

As well as the television premiere, the concert is just the predate of many other musical events such as the annual Kaleidoscope concert, in which songs made famous by the Beatles will be performed. The East Choral Concert is just one of many exciting events to look forward to from Cherry Hill East’s Music Department.