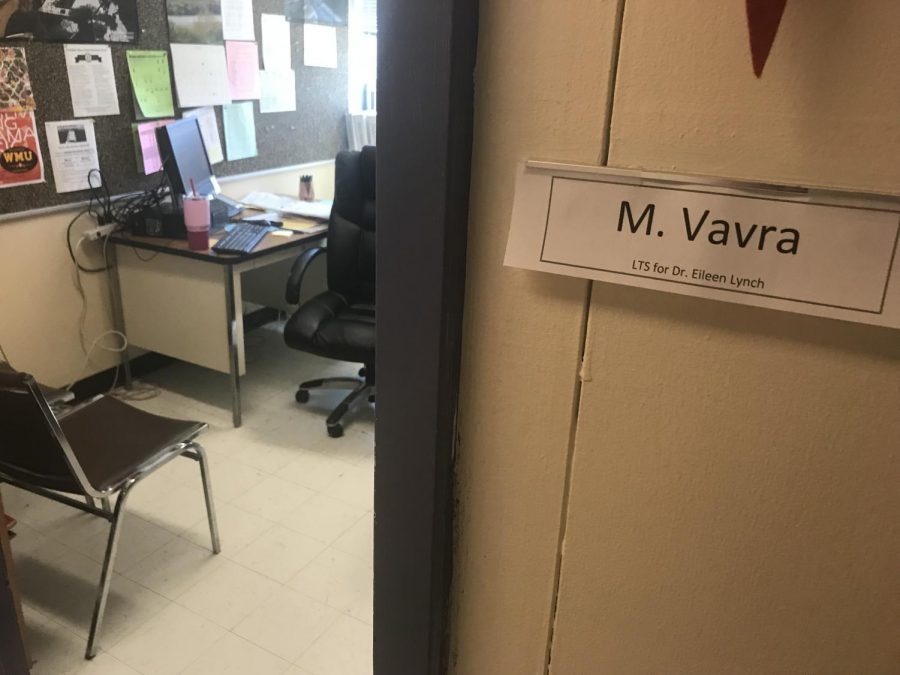 Dr. Lynch's former office is observed the day after her retirement.

Lynch has been at East for 15 years. Her other experience includes stints at Cherry Hill West for two years, and at Atlantic City High School for nineteen years.

“I really enjoyed helping students problem solve, and listening to things they wanted to talk about,” said Lynch.

Not only was Lynch a guidance counselor, but she also taught. She taught courses on nutrition as well as an independent learning class.

“In those classes that I taught, they were pretty laid back because a lot of the work you would do wasn’t that intense. Students would talk, students would socialize. There was a lot of talking and students would share different things,” said Lynch. “Then I realized I really enjoyed helping students with things they needed to talk about.”

After she realized she wanted to become a guidance counselor, she decided to go back to school and obtain her Master’s degree.

Since then, Lynch has helped people with college meetings, problems, picking their classes, etc. She believes that she has made an overall positive impact on the student body.

“Sometimes you don’t realize your impact until later. I see emails from students years later telling me what they are doing, and how I helped them,” said Lynch. “And at the time I was just doing my job but they really appreciate it. It might not be immediate but it will be later on. I have also had parents write letters to the board of education appreciative of what I’ve done for their children.”

Ultimately, Lynch is clear-eyed about her retirement and plans to make the most of it.

“I have been doing this for 36 years. It’s great, I love it… I’m leaving on an upnote because I’ve been great. But, I’m excited for what’s to come next. I don’t have a specific plan but I’m going to definitely travel,” said Lynch.

Though she is definitely sad to leave, she is excited to experience the next chapter of her life.