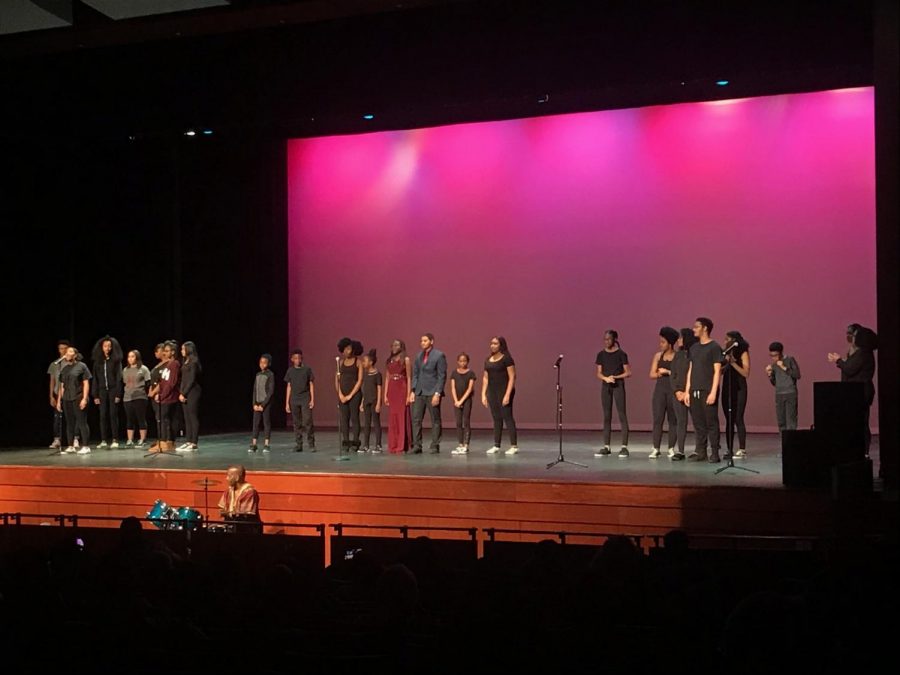 On February 23, students of all ages throughout the Cherry Hill School District honored and celebrated Black History month by hosting a production called “A Seat at the Table” held in the new auditorium of Cherry Hill West. District-wide students and East Students belonging to the African American Culture Club were able to share a historical rendition about the various “firsts” in African American history who accomplished great things collectively. For only five dollars, members of the community experienced performances such as songs and dances, acting and speeches, and poem readings- all of which contributed to the history of African Americans. Some students were there to be alongside their friends as they celebrated their heritage.

After browsing through the booths, members of the community filed into the auditorium where the production began. Split into two acts, six scenes and one intermission, the show lasted from 2-6 p.m., with each scene including a new category of accomplishments African Americans have overcome throughout history. This includes magazine covers, the Olympics, the Grammys, the Oscars, the armed forces and much more.

For as far back as ten years, students have been participating in this production and members of the community have been watching it.

“This is my third performance I have attended,” said Mrs. Yolanda McClain, East guidance counselor, “It brings the community and students together allowing them to build relationships… it brings light into the community for others to be able to take part and learn from.”

Similar to other districts, this Cherry Hill production enlightens not only the community, but also others who lack awareness of African American culture and history.

“It is a great program” said Aaron Edwards, East assistant principal for the class of 2020. With vibrancy, high energy and dedication, the students of the African American culture clubs continue to perform and educate the community as well as others around them. In the years to come, the students hope to raise awareness of the meaningful production. Be sure to attend next year for not only a fun show, but also an eye-opening experience.