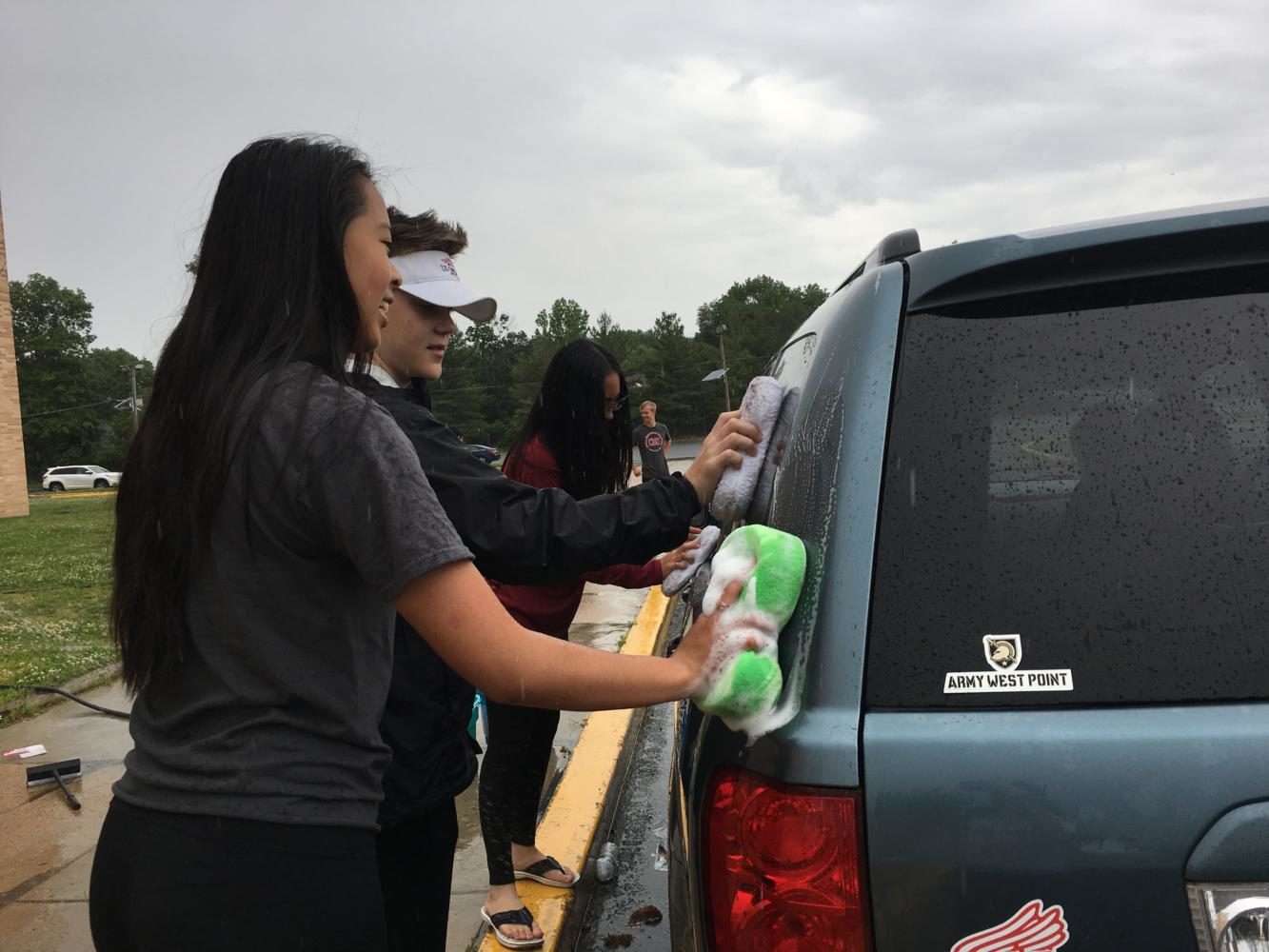 The Class of 2020 hosted a community-wide car wash fundraiser on Saturday, June 3, from 10 a.m. to 2 p.m. in the East student parking lot.  While the freshman fundraiser focused on washing cars for a profit, the SGA representatives also looked to acquire some funding for their upcoming events with a bake sale and a collection of donations along Kresson Road.

“In planning, most of the stuff was funded and brought in by our own class…We brought it all in separately,” said class of 2020 SGA representative Erica Tran.

With a collective effort to make the car wash and bake sale a success, the freshmen knew that a creative fundraiser on home turf would bring in more students and more profit than the average restaurant fundraiser that many school clubs typically resort to due to its simplicity.

“For Panch and the other [restaurants],  you do 100 percent of the work, but you only get 30 percent of the profit.  So, we were looking for something that we would be able to… collect on the 100 percent effort that we put in,” said Class of 2020 Co-advisor Mr. Jason DeFuria.

Although the fundraiser lacked the attendance of many East students during senior prom weekend due to scheduling complications, Cherry Hill adult residents stopped by for the student-run car cleaning service.

“So far it’s been Cherry Hill parents…I [thought] we would see more seniors or maybe even juniors.  I think one of the biggest things is we had trouble locking down a date,” said DeFuria.

Despite the cloudy skies and scattered showers throughout the morning, the Class of 2020 stuck it out and continued to scrub down the cars and collect money as needed.  Thinking ahead, however, they moved the bake sale under a tent.

“The other thing we have working against us, which you never know when you’re scheduling an event, is the rain.  And it’s supposed to clear up…so we are excited,” said DeFuria.

Fortunately the rain cleared up by around 11:30 a.m., allowing more actively involved parents and generous locals to arrive at the school parking lot for a car wash.  Every single donator was able to choose to spare as much or as little as he or she wanted for a car wash, homemade baked good, or a donation of change lying around in the car.

“Our price is donations, so we don’t have a set price for each car wash…It’s just what they want to pay to get [our class] a head start for next year,” said Tran.

The Class of 2020 intends to use the funds earned at Saturday’s event to get planning right away for their Sophomore Cotillion, proms and beyond.  Additionally, they want to put a significant portion of the profit back into the community with charitable actions as representatives of the Cherry Hill East student body.

“We are trying to stop the inflation of prom prices [for] junior and senior prom.  Next year we are also going to be working with SGA as a whole to support the SGA state charity, which is Grow a Row…to farm and provide food for people who need it,” said DeFuria.

As the 2016-2017 school year draws to a close, the Class of 2020 begins to prepare for what exactly comes next.  With many infamously expensive high school milestones approaching them, they plan to host even more fundraisers come September.

“We originally had a plan for…a family fun day here at East that included the bake sale, the car wash, also a color run and community art sale.  That may be something we start to do in the fall,” said DeFuria.