BDC proves its commitment to the club and events 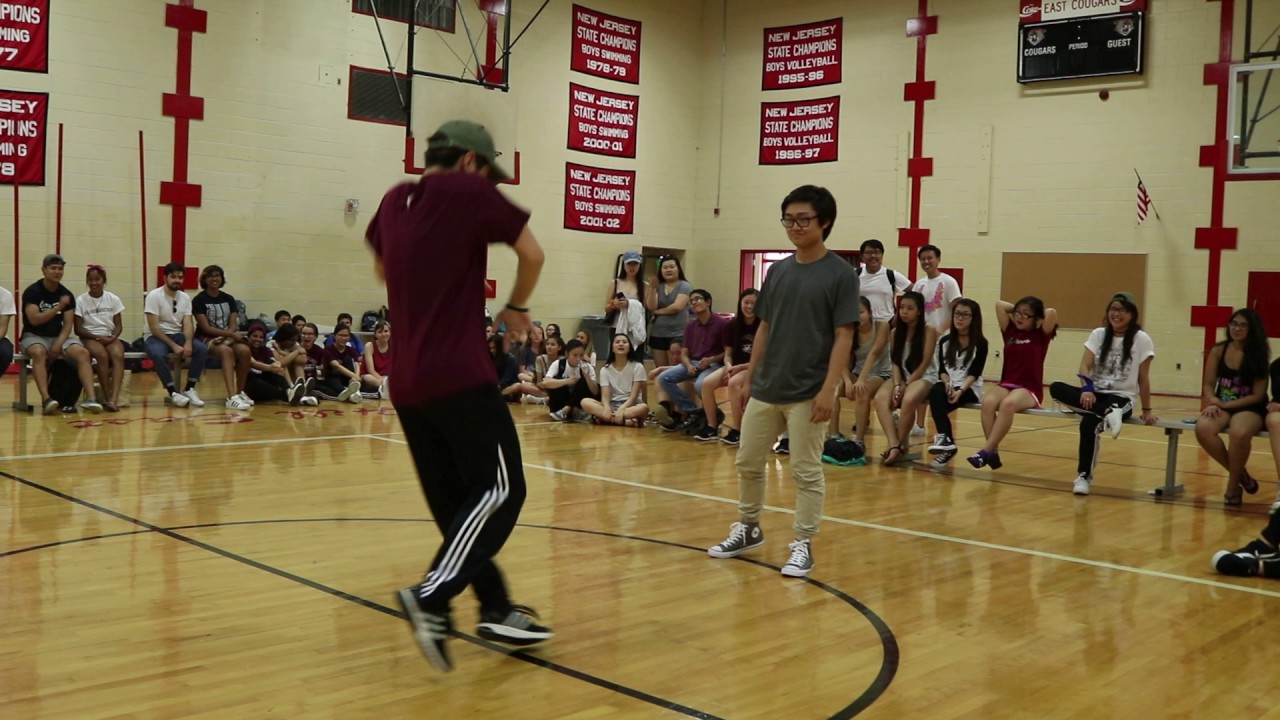 At Cherry Hill East, there are multiple culture clubs that train, typically months on end, for the Multicultural Day Dance Competition that falls on the day before spring break. Hours are spent perfecting the five-to-fifteen minute dance for the enjoyment of the audience–and hopefully the judges. However, after the contest ends and the awards are given, only one group continues to diligently work on improving their dance skills–East’s very own Breakdance Club (BDC).

The BDC a group of about 25 students that meets every Thursday after school for the duration of the school year. Leading up to events like Multicultural Day, they meet more frequently (like other culture clubs) to prepare. After Multicultural Day, the group works on improving their skills for the next year and preparing for events such as “Primal Expression,” which showcases dance throughout the school.

Another aspect of BDC that sets it apart is that the club itself does not represent a single nationality–it extends itself over all aspects of urban dance culture.

“Although the focus was originally just breakdancing, over the past two years the club has opened up to learn new styles of dance,” said Sean Escareal (‘18), the 2017-2018 BDC President.

Members work on everything from house and urban choreography to traditional breakdancing to popping and locking and everything-in-between.

“I’m in breakdance club because I love to dance and this club lets you express your personal style…no one makes fun of you for the way you dance which allows everyone’s talent to shine,” said Maya Shanker (‘19)

The organization is known for its open stance on new members. Anyone with a passion for dance can join BDC.

“At first I was intimidated by everyone in the group…but my friends influenced me to give it a shot and I fell in love with the club. I see everyone in it as my family,” said Matt Lee (‘19).

The hard work of the club has not gone unnoticed by the student population. Through multiple events, students have been exposed to the awe-inspiring performances of those in BDC. Performance dancing encompasses both athleticism and an artistic style, which makes for entertainment that has garnered a popular following within the student community.

An event the club recently put on was “Primal Expression” on May 19, 2016. It was the first event BDC has ever hosted, a hip-hop gathering displaying the personal style of the dancers, even those who are not in the group. While all of the performances shined, the main event was the 1v1 competition, where dancers faced off to the cheering of the crowd.

As for the coming year, members are disappointed about the loss of the current seniors but excited to see where the new surge of members takes them.

“This years BDC roster had two times the number of last year’s number. There will be an overwhelming amount of urban dancers which is a huge change of pace for the club,” said Phi Hoang (‘17) co-President for the 2016-2017 school year.

“The seniors are the most dedicated to the club, which will make losing such amazing dancers and dedicated leaders tough, but the underclassmen all want to show that the club can be fantastic even with that loss,” said Lee.

Next year is surely going to be an exciting one for the club, and it will be amazing to see what the new talent brings to the break-dancing stage.