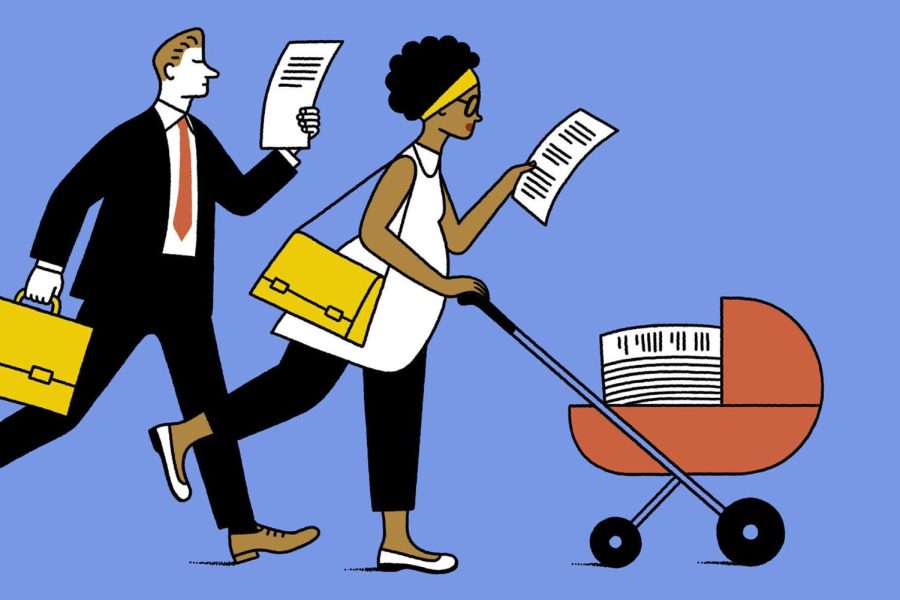 Courtesy of The New York Times

The birth of a child is a challenging time for any parent and requires ample time for adjustment to a new way of life. As a result, many employers offer maternity or paternity leave to parents who have just given birth or adopted a new child. It provides an opportunity for parents to bond with their children before leaving to work again. In the United States, maternity and paternity leave is only about 12 weeks of unpaid leave for those who are eligible. Currently, the United States is the only industrialized country in the world that does not guarantee paid paternal or maternal leave. The United States does not have a federal paid maternal and parental leave act, but some states or companies may choose to provide paid leave for their employees depending on the time they’ve worked for that company.
In the United States, most companies offer an equal amount of time in regards to paternity and maternity leave. However, if there is an emergency at work, paternal leave may be interrupted while maternal leave cannot be interrupted. Some companies do not provide paternity leave at all if the child is not biologically theirs, while mothers are still able to obtain maternal lead for a newly adopted child. This displays the overarching misogynistic ideal present in the world that women are the ones in a parental unit who are meant to stay home and raise children.
Although both paternity and maternity leave both last around 12 weeks in the United States some employers offer less for fathers. Paid leave is not guaranteed even if a company states it will provide paid parental leave. Parents must also have worked at least 1,250 hours in 12 months for the employer to obtain leave. If a new parent hasn’t worked at a company for that long, they may be denied parental leave and have to take time off of their short vacation days. However, a company is not allowed to decrease pay or fire. an employee because they took parental leave.
The United Kingdom entitles a mother to 52 weeks, about a year, regardless of how long they’ve worked for their employer. Out of those 52 weeks, 39 weeks are paid leave. Mothers receive about 90% of their weekly earnings before tax for the first 6 weeks and for the next 33 weeks a parent receives £151.97 or 90% of their weekly earnings, whichever one is lower, according to the United Kingdom government website.
Bulgaria offers the most paid maternity leave at 58.60 weeks while Greece offers 43 weeks of paid maternity leave. In contrast, the governments of the United States and Papua New Guinea both offer zero weeks of mandatory paid leave to either parent. Almost 40% of those living in Papua New Guinea live in poverty, and the rest of the population is very poor, so the government and the individual companies cannot afford to offer paid parental leave. The United States, however, is a large, rich, industrialized country capable of providing paid parental leave.
While the world, in general, discriminates between paternal and maternal leave as a result of gender bias, the United States provides inadequate parental leave overall in comparison to other countries around the world.