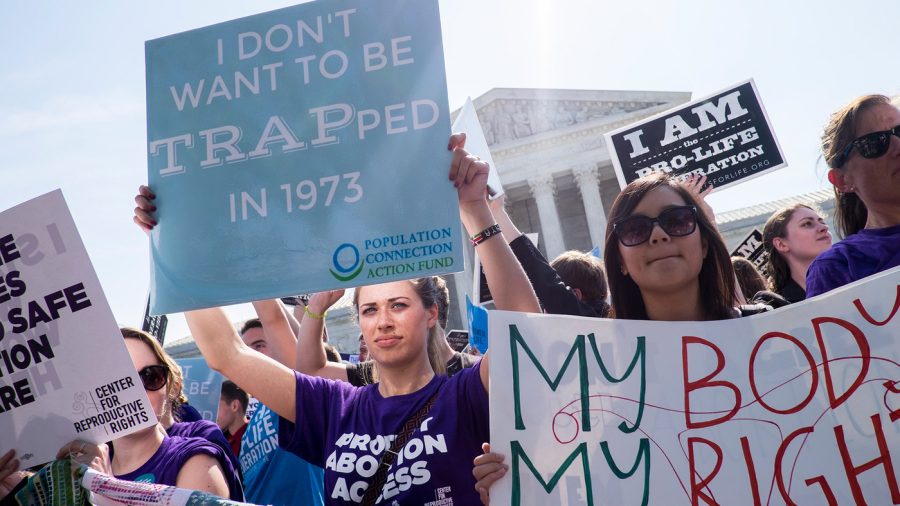 Since the Supreme Courts’ ruling regarding Roe vs Wade was made in 1973, abortion has remained a very controversial topic. Recently, several states have passed extremely restrictive laws, specifically Texas, Mississippi, and Florida. These laws control what women are allowed to do with their bodies, and it is even safe to say, revoke some of their basic human rights.
In late May of 2021, the Senate approved the Texas Heartbeat Act. This act declares abortion after six weeks of pregnancy illegal. A similar act has been passed in Mississippi, except their law prevents abortions to legally take place after fifteen weeks of pregnancy. Lawmakers in Florida recently filed for a Florida Heartbeat Act, which is extremely similar to the new Texas legislation.
With such controversy regarding these laws being passed, an ongoing battle between the Supreme Courts ruling and stats laws has ensued. Over the past month, the Supreme Court has denied multiple emergency requests to block the Heartbeat Act. During a recent interview with the Chicago Tribute, Nancy Northup, founder, and president of the Center for Reproductive Rights states, ¨Texas politicians have succeeded for the moment in making a mockery of the rule of law, upending abortion care in Texas, and forcing patients to leave the state…This should send chills down the spine of everyone in this country who cares about the constitution. We will keep fighting this ban until abortion access is restored in Texas.” The Texan government denies the validity of this statement and continues to stand by its new legislation. The same debates can be seen within the Mississippi government; There is to be a hearing held the week of December 1st that will determine the next step of their abortion ban.
Dr.Alan Braid, who has been performing abortions for over forty years, recently executed an illegal abortion on a woman after she had well passed her first trimester of pregnancy. When Braid was asked by government officials why he put his job at risk, he declared, “I acted because I had a duty of care to this patient, as I do for all patients, and because she has a fundamental right to receive this care. I fully understood that there could be legal consequences — but I wanted to make sure that Texas didn’t get away with its bid to prevent this blatantly unconstitutional law from being tested.”
Braid has not been the only one to protest. Across the country, rallies, walks, and chants have been organized and well attended. In Chicago, there have been rallies almost every Saturday since the act was passed. Planned Parenthood has also organized multiple protests, all with turnouts of hundreds and thousands of people. Officials believe that this is only the beginning. Without intervention from the Supreme Court, states will continue to take away a women’s legal right to maintain ownership over their reproductive system.