Liberty and Justice for All: We need a renewed effort to pass the Equal Rights Amendment 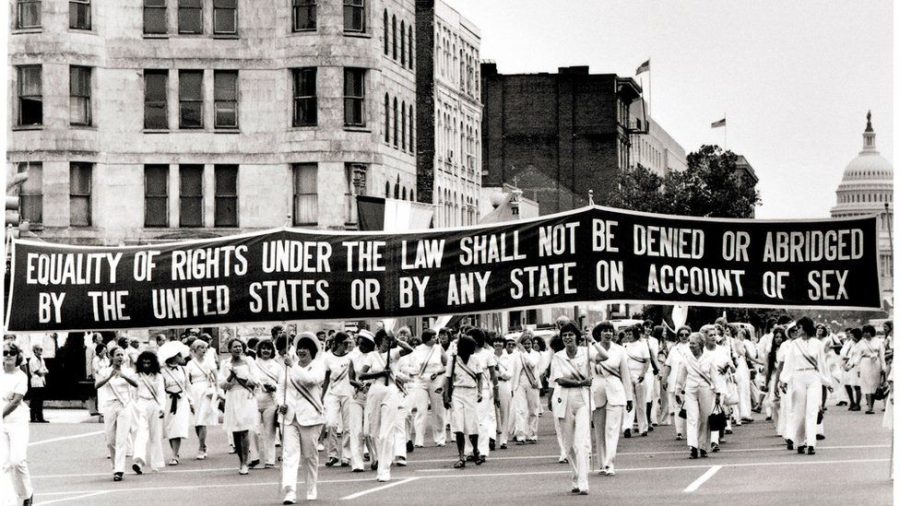 “Equality of rights under the law shall not be denied or abridged by the United States or by any state on account of sex.” In other words, a person’s sex cannot be used as a reason to discriminate against them in the United States. Right?
Unfortunately, this is not entirely true. The text quoted above comes from Section One of the Equal Rights Amendment (ERA), a proposed amendment to the U.S. Constitution that never went into effect. While interpretations of the Constitution’s 14th Amendment have led to some crucial protections for women’s equality, the Constitution still lacks explicit and guaranteed prohibition of sex-based discrimination.
The good news is that there is a clear path to righting this historical wrong. As the ERA was being developed, Congress set a deadline for its ratification. In 1982, that deadline passed; needing 38 states’ support to go into effect, the amendment was left with just 35 at the deadline. However, three additional states have since ratified the Amendment, including Virginia most recently in 2020. As such, the amendment has now been ratified by enough states to become part of the Constitution. If Congress passes legislation to remove the deadline it once set, the amendment could go into effect, finally providing Constitutional protection for gender equality in the United States.
Already, there is a bipartisan effort to make this happen. In 2021, the U.S. House of Representatives passed bipartisan legislation to rescind the ERA’s ratification deadline. Now, the same legislation must be passed in the U.S. Senate. Senator Susan Collins, a Republican representing Maine, co-sponsored legislation to do so in May, 2021. It will now be critical for more of her Republican colleagues to get onboard.
With the ERA closer to implementation than ever before, we’re left with two important questions. Why does this matter? And what can we do to help?
The ERA’s finalized ratification would be a historic victory for the feminist movement that has long sought equality under the law. There are many legal areas in which the ERA would have an impact. For example, in the area of abortion law, it would provide new Constitutional arguments against restrictive abortion policies. And for military policy, it would bolster equal service opportunities for women. The ERA would finally make absolutely clear that our Constitution and our laws stand for equality when it comes to gender.
You can help make this happen by calling your representatives in Congress and urging them to make the ERA’s implementation a priority. The organization Common Cause provides a tool to find contact information for all of your representatives, which is available here. Liberty and justice for all require equal rights for all, and it will take the Equal Rights Amendment to make that a reality.