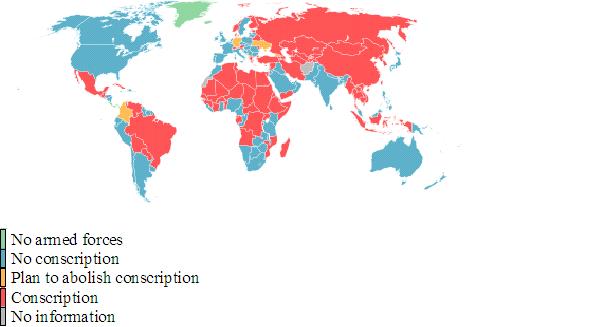 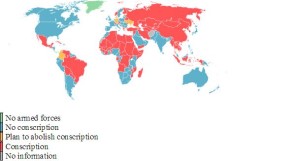 While the majority of American high school seniors prepare for college or the workforce, Israeli high school seniors prepare for a very different experience. Because Israel has mandatory conscription, almost all Israeli youths enter the Israel Defense Forces (IDF) after high school. Boys serve for three years, while most girls serve for two years. Those who cannot serve because of physical or psychological ailments, or who do not feel comfortable serving for religious reasons, instead participate in national service, sherut leumi in Hebrew, for one or two years. National service volunteer jobs include working in schools, health clinics, hospitals, and immigrant absorption centers.

Though almost everyone serves in the IDF, not everyone is a combat soldier. After being drafted, Israelis undergo a series of physical and mental aptitude tests, and the army uses the results of these tests, as well as the soldier’s preferences, to place each soldier in a job that will fit them best. Non-combat jobs include intelligence, administrative work and being a medic, as well as search and rescue.

Israelis then go to college after serving. One’s experiences in the army aid Israelis in college and careers. For example, serving as a medic makes admission to an Israeli medical school easier.

For many East students, mandatory service seems unsatisfactory, and even unfair.

Rebekah Zaleski (‘11), who plans to attend Cabrini College next year, said, “I’d be terrified. I can’t imagine what it would be like [to have to serve].”

Leah Mele (‘11), who plans to attend Ursinus College, said that serving in the military before college would not only be foreign to her, but would be detrimental.

“It would hold you back,” Mele said. “Everyone wants to go to college and get a job.”

Mele plans to become a lawyer, and says that she would not want the already eight-year-long law school training to be delayed by military service.

However, Andrew Athias (‘11) said that there are positive aspects to mandatory military service.

However, he would not want to live in a country with mandatory service.

“It’s beautiful that [in America] we have a choice,” Athias said.

Heather Hyon (‘11) plans to enlist in the U.S. Air Force in a few months, and participate in a program that will allow her to attend college (that being Rutgers Camden) while serving. She says she always knew that joining the military was an option, but decided that she wants to join the Air Force after visiting her older friend, an Air Force soldier, at Fort Dix, and meeting with a recruiter. Once she enlists, Hyon will undergo a series of physical and mental aptitude tests to determine her placement in the air force, similarly to the IDF system.

Another East student who is joining the U.S. Air Force is Nick Birbilis (‘11), who was recently accepted into a competitive program at the Air Force Academy. Birbilis says he has always been interested in aviation, and wants to become a professional pilot. Birbilis already

knows how to fly, and is involved with the Civil Air Patrol, the civilian counterpart of the Air Force. He says he decided to join the military for the benefits it will offer, including leadership opportunities and the global network of people he will meet.

“I don’t think [having mandatory conscription] would have an affect [on my decision],” Birbilis said. “I’m doing it by choice.”

Mandatory conscription remains a controversial subject for Americans, but for Israeli high school seniors—it’s the next stage of life.