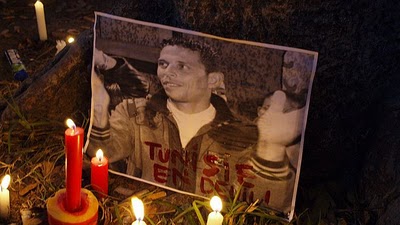 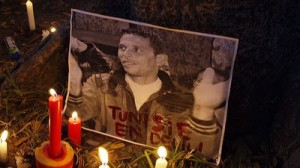 On January 4, 2011, 26-year-old Mohamed Bouazizi lit himself on fire and died of his wounds two weeks later. He committed this act of suicide in protest of the revocation of his fruit vender license and the ensuing harassment by Tunisian officials. This act of martyrdom was the catalyst for the Tunisian revolution, ousting of dictator Zine El Abidine Ben Ali and the current protests and uprisings in North Africa and the Middle East. Bouazizi’s suicidal act has spurred the largest and most influential uprisings in the Middle East in recent memory. Currently eleven Middle Eastern and North African nations have experienced revolts and protests because of the actions of Mohamed Bouazizi.

Thus, Bouazizi’s selfless act has allowed freedom and change to spread through a region that has never experienced much of either.

President Barack Obama as you may or may not know is the President of the United States. This past year he has put a revolutionary health care law in place and dealt with the Middle East uprisings smoothly. His health care law, while controversial, has provided forty million Americans with health care. Although he is relatively inexperienced in foreign affairs, the President dealt with the Egyptian uprising the only way he could: support it from afar and wait for freedom and equality to prevail. He has successfully taken a harder stance against Libya by authorizing U.S military intervention in the form of operation Odyssey Dawn.

3. Mark Zuckerberg
Mark Zuckerberg has been brought to public attention to a great degree in the past year due to the release of the Facebook themed movie, “The Social Network.” You cannot even go to a grocery store without seeing the Facebook logo. It seems like everyone (including parents and grandparents) is on Facebook. Facebook brings people together in a forum never seen before, from old school friends to consumers and businesses. Facebook really changed the way the world accesses and views information. 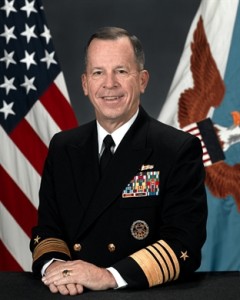 Admiral Mike Mullen is the leader of the Joint Chiefs of Staff and leads the military in the wars in Iraq and Afghanistan. He has been instrumental in changing military procedure to more successful counterinsurgency measures. This has allowed for the United States to be more successful in war zones. Mullen has visited Iraq and Afghanistan at least 17 times which is a high amount for a battlefield commander and it has allowed him lead our troops more successfully. The Admiral has also been a strong proponent of getting rid of the “don’t ask, don’t tell” policy. He has influenced the opinions of most of the military leaders in the United States and was one of the main reasons it was repealed this past year. 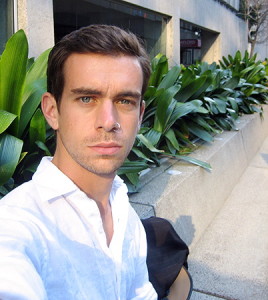 Jack Dorsey is best known for founding the social media power house, Twitter. Twitter has been on a steep and steady rise since its debut. Tweeting serves a whole range of purposes, as it can let the world know what Paris Hilton thinks of her dinner…or help organize protests in countries around the world. Twitter helped protesters take on the harsh government in countries such as Egypt and Tunisia.

This phenomenal social media device has been able to impact lives around the world in large proportions. 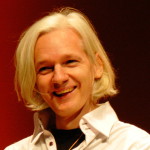 Julian Assange is known as the creator the website WikiLeaks, which caused a lot of commotion and problems for foreign relations. The WikiLeaks website displays confidential information and national secrets on several world powers. The website alerted the government of the release of confidential information and the public was startled by this. Many people await trial for this breach of security and the public has become aware of information in which was never meant to become public.

WikiLeaks is a paradoxical site which follows the First Amendment’s right to freedom of press, but breaks the law for confidentiality breach. The case is at a legal standstill and brings up many arguments for and against information release and the internet.

Due to Tony Hayward’s inability to do his job correctly, millions of gallons of oil spilled into the Gulf of Mexico, effecting millions of people throughout the world. The world watched in horror as day after day the environmental catastrophe became worse due to BP’s inaction. Many blame Hayward for the crisis because the Deepwater Horizon, the oil rig that exploded, was not properly checked for safety regulations and failed to comply by the laws in place. Hayward cost BP billions of dollars due to his incompetence.

In BP’s reply to the situation, Hayward was not fired but transferred to their branch in Russia. Thirty-three brave Chilean men were stuck underground for 69 days, after there was a collapse in the mine in which they were working. Somehow, they all reached the safe-room in the mine and survived until rescue crews could safely remove them. During the course of the collapse, rescuers lowered food and commodities to the stuck miners. On the 69th day, the world watched in awe as all 33 miners were pulled to safety.

This was a true testimony to the strength of the human spirit and how much it can endure—and even withstand.

South Africa hosted the 2010 World Cup and proved to the world that Africa has slowly climbed out of its pit of darkness and will once again be an equal partner with the rest of the world. While the South African men’s national soccer team did not move on past the group stage in the World Cup, they showed the world that spirit can beat adversity. Perhaps this event will prove to be a comeback for African nations; maybe it won’t.