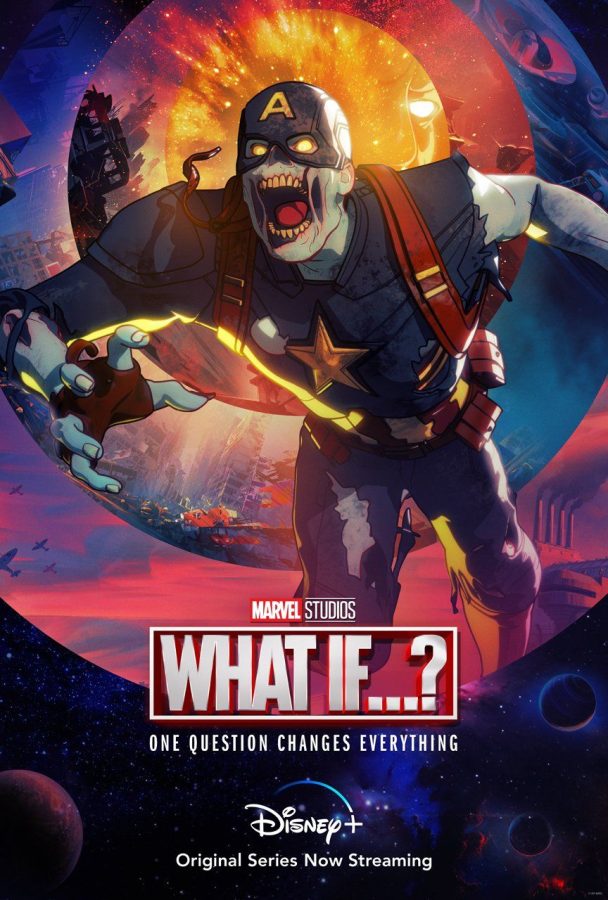 The comic-book space is incredibly crowded these days. From the books themselves to advertising, merchandising, television, and movies, there doesn’t seem to be an end, but maybe that is not such a bad thing.
For close to a decade, Marvel Entertainment has been the kingpin of the genre and with the launch of Disney Plus, the range of content they can create and the types of stories they can tell has expanded exponentially. Three live-action Marvel Studios television shows (WandaVision, The Falcon and the Winter Soldier, Loki) have aired on Disney Plus so far in 2021 and, while they are all fairly different, each one has been able to capture the hearts of audiences. The fourth show in the assembly line, however, sticks out like a sore thumb.
What If…?, which launched its first episode in August, is the first ever animated piece of media to add to the mythology of the Marvel Cinematic Universe [MCU]. Marvel is no stranger to animation. They have released cartoons based on their characters for decades, but this is their first attempt at a gritty, more adult-focussed animated project. Typically, DC Comics is the brand churning out more dark and mature animation. They have had much success with projects such as Harley Quinn and Batman: The Killing Joke, but Marvel, as they always do, waited for an opponent to test the waters before they dove head-first into a new type of storytelling and animation.
What If…? picks up presumably right where its preceding MCU show, Loki left off, with an abundance of new timelines branching out into the multiverse. As the multiverse is a focal point in the next phase of Marvel projects, What if…? acts as one of the real centerpieces of the lineup. The show follows The Watcher, an unfathomably powerful cosmic being, as he observes all of the branching universes. As voiced by Jeffrey Wright, The Watcher masterly narrates the events for the viewer with explanations of what could have happened in a particular universe if things had gone an alternate way. The Watcher is restricted to doing just as his title implies: watching. The show is entertaining in its own right but an even more arousing question than “what if?” lurks in the background the entire time: “Will The Watcher interfere?” That question is a cornerstone of the show and one of the visible reasons why audience members kept returning to a far less serialized show than what Marvel previously delivered.
Over the past fifteen years, Marvel Studios has taken the time to meticulously craft an interconnected universe. It is a feat no other studio has been able to accomplish. They built to a finale in Avengers: Endgame and only now, after all of that world-building has been established can a concept like What If…? reach its full potential. Much of the show feels like a gift to fans who have supported the franchise for so long, however, that does not draw from its integrity. Twenty-five movies of development is what makes it acceptable to toy with characters and scenarios in out-of-the-box ways and have it feel appropriate and earned. Other brands would not be able to pull off a project like What If…? nearly as successfully or even at all because the familiarity simply wouldn’t be there.
As it is a Disney brand, it gets risky for Marvel to utilize dark concepts or outcomes in their projects. Though, despite it being animated, What If…? is not a show for kids. It could be the most risque Marvel or Disney as a whole has gotten in recent memory. As stated previously, it is years of association that makes it so easy for a viewer to accept a fan-favorite character getting brutally murdered in an outlandish “what-if” scenario. The show definitely does not pull its punches. While children can undoubtedly enjoy What If…? there is no question that they are not the target demographic.
Regardless of some darker themes in the show, it erupts to life with one of the most beautifully unique animation styles ever put to screen. Everything from the way the characters look and move to subtle background details to the vibrancy of the color palet, What If…? is aesthetically magnificent. Visuals aside, it is also fun to go on an audible scavenger hunt as you watch the show as the majority of the cast is composed of returning actors and actresses voicing the characters they play in the live-action MCU itself.
Ultimately, What If…? is a joy to behold. With breathtaking visuals and some of the most exquisite comic-book storytelling in the last several years, it is easy to get lost in one of Marvel’s freshest projects to date, whether you are a hardcore superhero fan or a casual viewer. No one should let the fact that it is animated deter them from watching. Oftentimes, What If…? operates just as, if not more sophisticatedly than some live-action television.
Currently, Marvel has plans for a second season of the show as teased in the final moments of episode nine. While it may be lighter in terms of future MCU developments when compared to other projects, there is no doubt that these characters and Marvel animation have a promising path ahead. There are even plans to establish an entire animation branch for their reformed studio. The public certainly wouldn’t complain at the prospect of more What If…? and more animated Marvel content in general. It is clear that Disney can be just as observant as The Watcher when it comes to recognizing what people enjoy, but it is giving it to them thereafter that explains their repeated dominance even with such out-of-the-box projects like What If…?