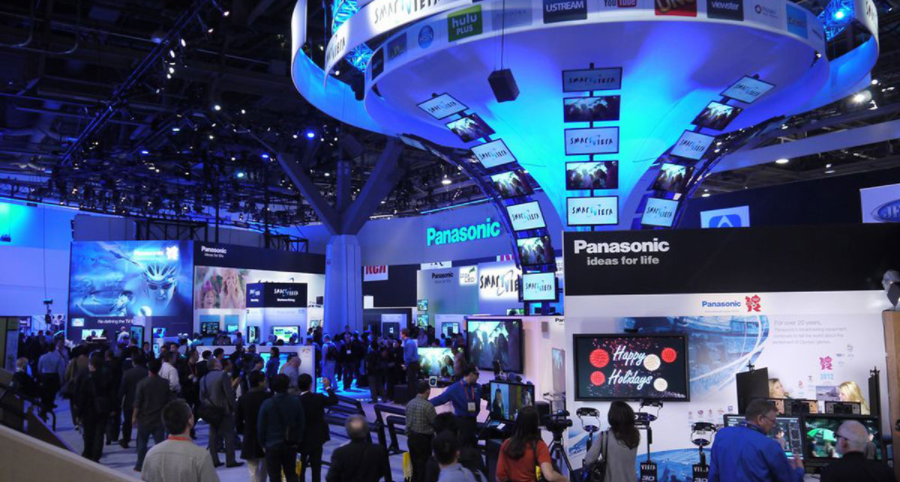 The Consumer Electronics Show gives attendees a chance to experience the future.

Deep in the Nevada desert, in the city of Las Vegas, the future was on display. The Consumer Electronics Show (CES) is a convention, run by the Consumer Technology Association, intended as a place where various tech companies and startups can display their future products, or unveil new ones to be released soon. Ranging in industry, from 3D printing, to drones, to wearables, and even robotics, CES, with its over 3,800 exhibiting companies, is by far one of the coolest places to be. Here are a few highlights from the event:

Many tech companies have started to integrate Alexa, Amazon’s open-source voice AI assistant, into their devices. Companies like Ford and Volkswagen have announced that they will be integrating the Amazon-built service into their in-car entertainment systems. LG announced that they as well will be building in the Alexa service in their recently-announced LG Smart InstaView Refrigerator. As well as companies building products around the Alexa service, other companies have taken a very different approach. Ubtech Robotics created the Lynx, and the tech startup Hubble created the Huggable Hugo, both are robotic versions of the voice assistant that puts a very unusual spin on the idea of an AI assistant.

Computer gaming hardware company Razer had many incredible releases during CES. Project Valerie, one of Razer’s prototypes, is a three-screened laptop, designed for everyone in mind. With three 17.3-inch 4K moniters, and the computing power of a NVIDIA® GeForce® GTX 1080 GPU from 25pc, and many more other skilled advancements, Razer has built a machine they call the, “world’s first portable laptop with three built-in 4K monitors.” In addition to Project Valerie, Razer unveiled Project Ariana, a special video projector that helps the player ‘immerse’ themselves into the game, by projecting media directly from your machine around you, immersing yourself even deeper into the game. “We see Project Ariana as the future of gaming immersion and a great showcase of what our Razer Chroma lighting technology can do,” says Min-Liang Tan, Razer CEO and co-founder.

If one thing was the most eye-catching, it’s one of the new TVs announced at CES. LG announced their new W7 series TVs, with a very peculiar feature. The new W7 is an OLED TV, that is only 0.2 inches thick. It is intended to be hung on a wall, and is being called the “wallpaper television” by many. In addition, Samsung announced new QLED TVs, featuring a new “Quantum Dot Display” type.

Many car companies released various prototypes and ideas to the world at CES. Nvidia and Audi teamed up, and previewed Xavier, a new self-driving supercomputer made by Nvidia. Additionally, BMW showcased their self-driving technology as well, this time showing off their 5-series sedan with self-driving capabilities. Chrysler, Honda, Bosch and Toyota all released concept cars, each with their own view on how the car of the future may look. Electric car company Faraday Future released the FF91, their newest all-electric car, with the ability to go 350 miles on a single charge.

Many companies also attended CE and released new gadgets for anyone. Lego announced Boost, a lego robotics kit designed for anyone to use their old legos to beuild and program a robot. Kingston announced the new DataTraveler Ultimate Generation Terabyte, an unusual looking, yet portable, 2TB hard drive. Intel announced the Compute Card, a small, palm-sized card able to run as an easy-swap and simple-upgrade computer.

Although there was a lot of tech mentioned earlier, there is still many more. For more information on the companies that showcased at CES, and the products they presented, head over to www.ces.tech.