US athletes shine bright at the 2016 Summer Olympics 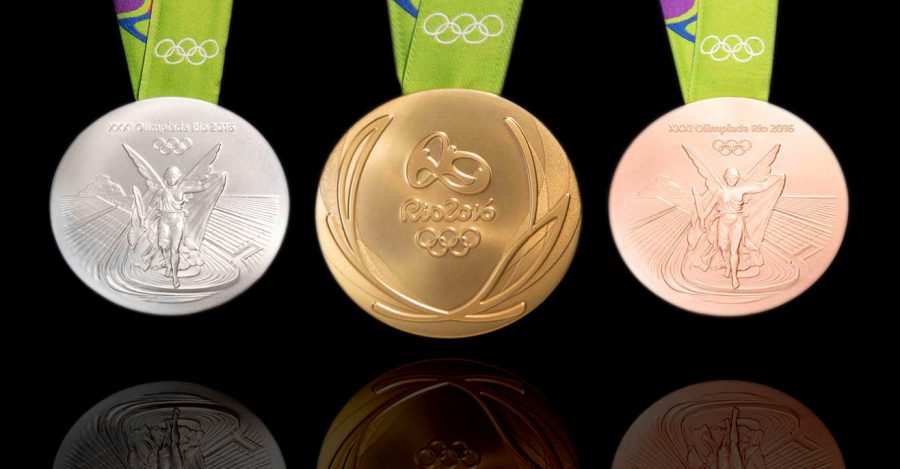 The medals for the Olympic champions of the Rio 2016 Olympics.

Every four years the Summer Olympics manage to stun the entire world with the talent that it displays. This summer in Rio de Janeiro, Brazil, athletes ranging in age from 16 to 52 represented 206 nations.

Amongst the top athletes in the world, some US competitors outshined the rest. According to olympic.org, swimmer, Michael Phelps, holds the most gold medals. Phelps not only earned 18 gold medals, which is double what anyone else has, but he also retains two silver and two bronze medals.

Phelps, arguably one of the most successful Olympians to compete, achieved this international acknowledgement at the remarkable age of 31.

This year’s games truly showed the world how unbelievably talented young athletes from all around the world, and specifically from the United States, are in various sports, team and individual.

Making her Olympic debut, Simone Biles was awarded four gold medals and one bronze medal. The 19-year-old gymnast marked her territory this summer by showing her extreme talents on all events.

Biles, although 19 medals short of Phelps’ record, shares a passion to continue in gymnastics and carry her talent over in four summers to Tokyo. Biles has many years ahead of her to train and become an even more successful Olympian.

Young, American athletes really proved their positions in Rio with seemingly unbeatable talent. Whether in the pool, on the floor or on the court, Team U.S.A. impressed the world.

Phelps, Biles, and Ledecky won a total of 14 gold medals for Team U.S.A. this summer and ultimately shocked the world with their uncanny athletic abilities.