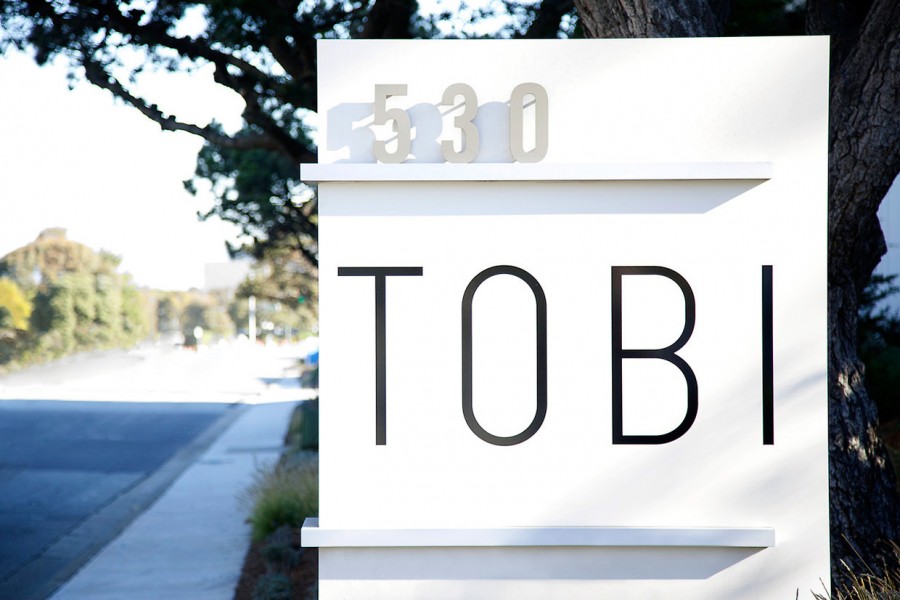 The name Tobi is not only any ordinary girl’s name, but it is also the name of a very trendy clothing brand. Kenneth Chan founded Tobi, a company that aims to deliver current styles of clothing at reasonable prices. The main type of style Chan likes his company to produce is typically a more girly and laid-back look, known as the “West Coast California girl look,” but he also produces clothing for younger girls and adults on the East Coast as well.

Tobi does not have clothing stores located around the world, but instead the brand only has a website. The company offers different types of dresses, tops, outerwear, bottoms, swimsuits, accessories and shoes. Tobi also has an app through which teens and adults can check out the articles of clothing that the website has to offer. Although the style of the variety of clothing that Tobi has may seem like it is only for girls on the West Coast, it is for many East Coast residents as well.

Although the brand may have garnered acclaim around the United States, not everyone is thrilled with the items that Tobi offers.

Lilly Checkoff (’18) has worn clothes from Tobi multiple times and feels that the brand does not live up to the attention that it gets.

Checkoff said, “I have ordered from [Tobi] before, but the clothing isn’t that high quality. I ordered a dress and it looked like a nightgown.”

Checkoff also added that she does not think it is a very popular brand at Cherry Hill East.

Tobi is in the process of becoming a very well known brand and is starting to spread throughout not only the Americas, but also through many other places around the world.