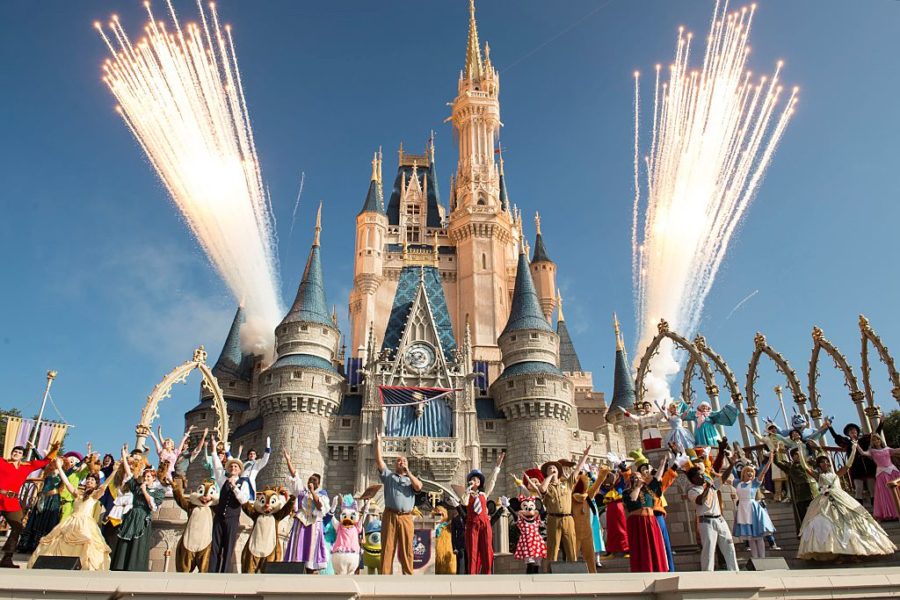 A couple weeks ago, I, among many other Seniors at Cherry Hill East, spent five days and four nights at Disney World and Universal Studios in Florida. The trip was a very unique experience. There were some aspects of the trip that I had not experienced the last time I was at Disney a couple of years ago, as well as some moments that truly made the trip memorable. Here are a few of the top highlights from the 2018 Cherry Hill East Senior Class Trip.

While not necessarily a new ride, this ride lets you ride in a massive jeep and receive a twenty minute guided tour of the African setting that the park created. Riders get to see exotic animals such as hippopotamuses, giraffes, and moose closely enough to get a great picture of. It is an interesting experience that gives you a taste of what an actual African Safari is like.

“I was able to get a lot of great photos from so close up” said Josh Goldstein (‘18). “It was definitely one of my favorite parts of the day when we were at Animal Kingdom.”

This ride is less than a year old and was easily the most popular ride at Disney over the weekend we were there. The fastpasses were completely sold out for every day we were there even when we looked two weeks in advance, and the line was never shorter than 150 minutes long. However, it was well worth the wait. This ride puts you on a tilted seat similar to a motorcycle. The movement of this seat and the enormous screen that takes up the entire room makes you feel like you are flying through the fictional land of Pandora. It was truly a thrilling ride and an absolute must for the next time you visit – just make sure you do not wait to get these fastpasses.

“The wait felt endless and took forever, but I think it was worth it” said Noah Gershon (‘18). “I would definitely ride it again. It was one of the best parts of the entire trip.”

This was not a ride, but rather an entire section of Universal Studios in Orlando, where we spent the last day of the trip. This portion of the park was modeled after the sketchy row of shops in the earlier movies of the Harry Potter series, and gave you a taste of the culture that these movies possessed. From an indoor roller coaster in “Gringotts Bank” to being able to purchase “Butterbeer” right across the street, this was easily the most well done and portrayed part of Universal Studios. You can’t glance over this part if you ever visit.

“The dragon on top of the bank scared me when he breathed his fire, but overall I liked it” said Domenico DiColandrea (‘18). ‘The bank ride was my favorite part, and the butterbeer was pretty good too.”