The future for Mars – the company behind M&M’s 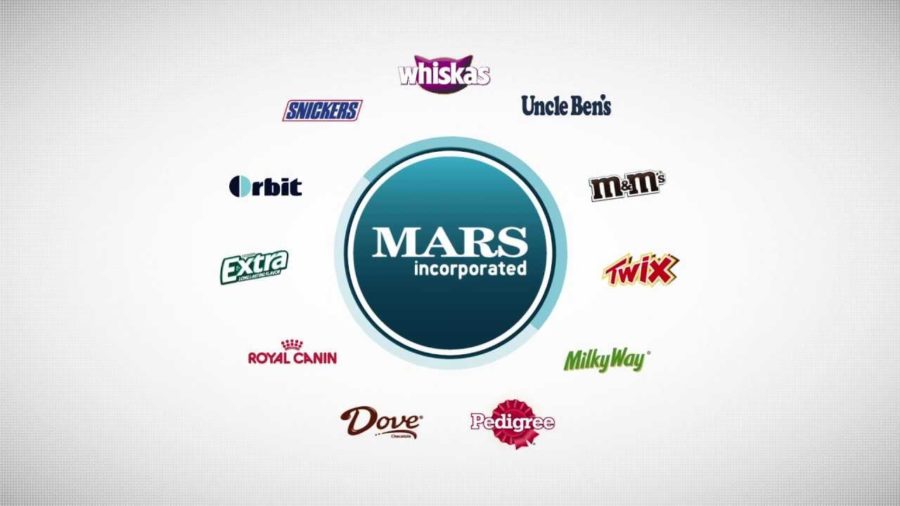 M&M’s are a very popular candy among Americans, but there are many more flavors then the original milk chocolate. The company who manufactures this product, Mars, has yet to stop coming out with new flavors for the candy-coated chocolates.

M&M’s were first introduced to the market on February 28, 1941 after Forrest Mars moved to Europe and saw the soldiers fighting in the Spanish Civil War eating candy with a hard shell coating. Forrest was inspired to create a candy like this, as it is much more ideal since the candy would keep the soldiers mess-free. He returned to the United States, where he partnered with Bruce Murrie to create and patent a candy similar to the one Forest had seen, but named after them. They took the initials of their last name, and thus the M&M was created. They even trademarked their slogan that is still around today: “Melts in Your Mouth, Not in Your Hand”.

The next M&M flavor, peanut, came out 13 years after, in 1954. That 13 year gap with no new flavors would not fly today in M&M’s fast-pace production rate for new types of flavors to add to their never ending list. It was just in March when three limited edition flavors came out at the same time. These days, there are M&M flavors for just about every occasion- sweet or salty, smooth or crunchy, with nuts or without- the list could go on forever.

Personally, I think the M&M flavors have gotten a bit out of hand. Some of the flavor editions are perfectly fine; in fact, I prefer some of the new flavors over the originals. Dark chocolate, peanut butter, mint, and coffee are just a few of my favorites among the plethora of other flavors. But, some flavors are just taking it too far. I am not a big fan of the flavors that include pieces of peanuts or almonds. I find that it takes away from the chocolate, making it almost like a trail mix instead of a dessert. Now, that may seem a bit dramatic, but once I introduce some of these outrageous flavors, you will get the point.

First, let’s talk about their peanut flavors. Of course, there is the classic peanut with milk chocolate, which is not my favorite, but is not bad. Then, Mars introduced some interesting flavors that I wouldn’t say go too well together. Strawberry Nut, Chili Nut, and Honey Nut are just a few of these flavors. It seems a bit odd to have all of these flavors presented in a chocolate.

The company already had a chocolate-strawberry combination, but since that wasn’t enough, they added a peanut into it. Much to my dismay, this flavor is gaining popularity and can be found at several local supermarkets.

Honey Nut also doesn’t go well together, considering the sweetness of the chocolate overpowers that of the honey, making it just seem like the regular Peanut M&M.

Lastly, Chili Nut. This flavor just doesn’t go for me- I find it odd to introduce such a bold flavor into an already existing flavor combination. Just chili-chocolate would be fine with me, but when the peanut gets added in, it seems like too much.

Other flavors that need to go are the “copycat” flavors. Mars produces Coffee Nut, Crunchy Espresso, and Cafe Mocha M&M’s. All of these flavors are coffee based, so are they all needed?

Another example of this is the various types of pumpkin M&M’s. There are Pumpkin Spice, Pumpkin Pie, and Pumpkin Spice Latte M&M’s. All three types for a seasonal flavor do not seem reasonable.

With all of the unreasonable flavor pairings and the copycat flavors, it seems to me that Mars needs to scale down a bit on the new flavors and stick to the originals.