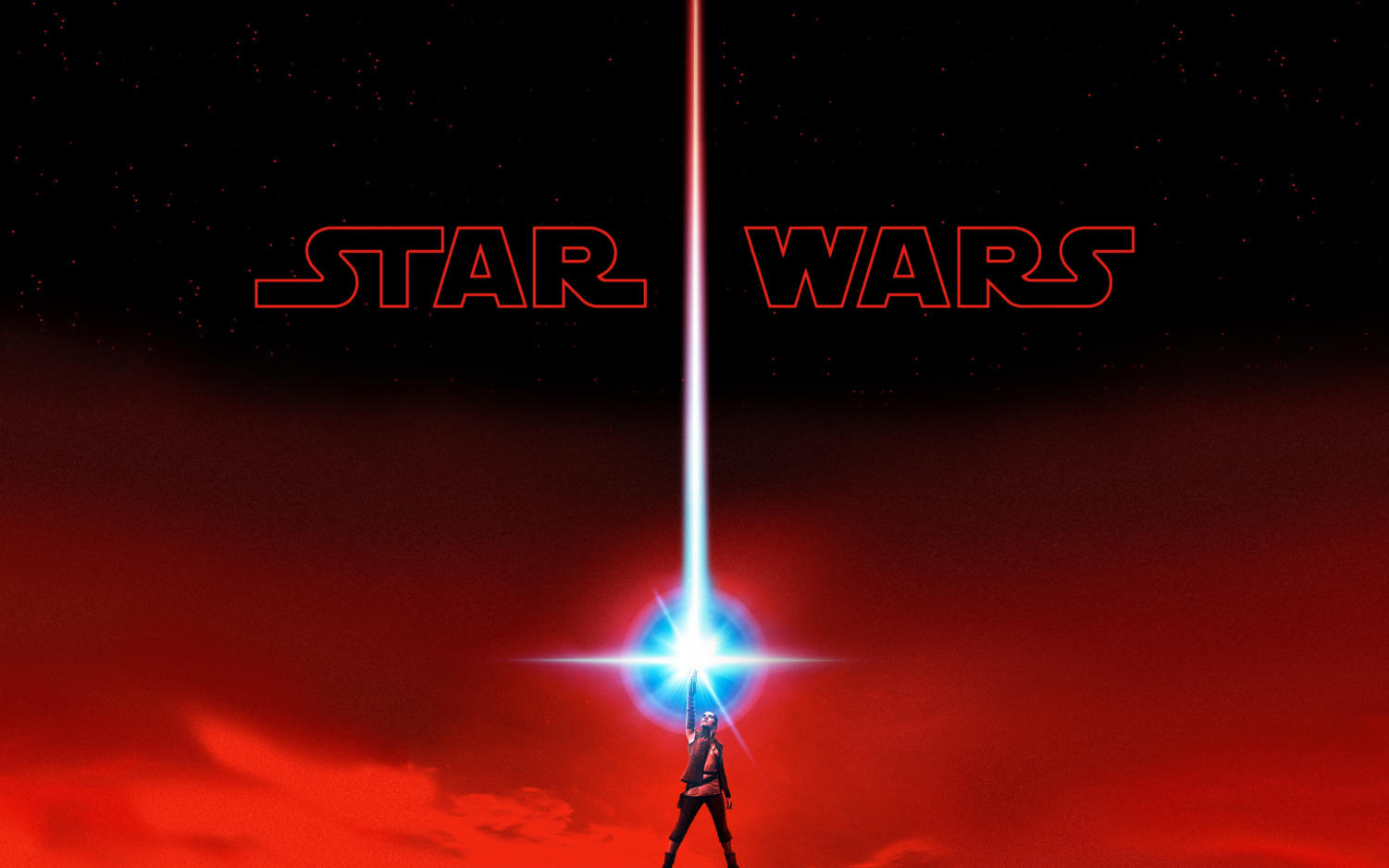 Good luck getting Kathleen Kennedy & @RianJohnson to explain what #TheLastJedi means. We tried—here’s what they said https://t.co/IJRch5ed40

The Hype Train is nearing full speed now that the wait for Star Wars Episode VIII: The Last Jedi is almost over. The movie, releasing on December 15, 2017, will pick up right where Episode VII: The Force Awakens(2015) left off. This is unusual for a Star Wars movie, as the time between the events of previous installments has been upwards of years. Fans will get to see Rey’s training, Finn’s recovery, Luke’s return, Kylo Ren’s new scar, and some freshly cleaned chrome armor from Captain Phasma. In addition, The Last Jedi will have some new characters including Rose, a Resistance mechanic played by Kelly Marie Tran.

“She’s not a soldier,” Director Rian Johnson said, “she’s not looking to be a hero, and she gets pulled in a very big way into an adventure in this movie with Finn.” This will also be the final performance of the late Carrie Fisher (who played Leia). Disney’s CEO Bob Iger has said that The Last Jedi has not changed to deal with Fisher’s death. There will be no computer-generated Leia like what fans saw in Rogue One last year.

John Boyega, who plays Finn, described The Last Jedi as “much darker” than The Force Awakens. This is evident in the teaser trailer released in April. Fans everywhere felt a chill down their spine when they heard the ominous words “it’s time for the Jedi to end,” spoken by Luke Skywalker himself at the end of the trailer. If the sequel trilogy follows the same pattern as the original, then this second installment will indeed have a darker tone like The Empire Strikes Back (1980). Likewise, it may have a huge reveal, or an unexpected twist. Johnson has said that there are structural similarities between The Empire Strikes Back and The Last Jedi. Many posters for The Last Jedi and the title image are shaded red, which has historically been the color of the dark side.

Events that happened between Episodes VI and VII will also be elaborated upon, such as what really happened when Luke was training Kylo Ren.

“[Luke] made a huge mistake in thinking that his nephew was the chosen one, so he invested everything he had in Kylo, much like Obi-Wan did with my character,” said Mark Hamill in an Entertainment Weekly interview.

In that same Entertainment Weekly feature, Boyega said, We will learn more about [Finn’s] past and where he came from.” Rose apparently idolizes Finn as a hero of the resistance. “He appreciates the adoration for a second, but when he meets her, Finn is trying to escape the whole war. He’s trying to leave,” Boyega said. “And she comes in and basically gives him a depiction of himself that wasn’t necessarily true.”

In a second trailer, released at the beginning of October, fans saw scenes of Rey’s training, a flashback to the destruction of Luke’s Jedi school, a dogfight with Kylo Ren, and Finn dueling with Phasma. Luke speaks over the scenes, saying how he failed to be afraid of Kylo Ren’s power, and he won’t make the same mistake with Rey.  He also says “this isn’t going to go the way you think” to (presumably) Rey. He may be referring to the very last snippet, in which Rey appears to ask Kylo Ren to show her “[her] place in all this.” This points towards an unlikely, potentially disastrous, partnership between Rey and Kylo Ren. However, Disney is known for creating intentionally misleading trailers. A The Force Awakens trailer from 2015 showed Finn having a lightsaber duel with Kylo Ren, leading many to believe that Finn would be the saga’s new jedi, but that turned out to be Rey. The Last Jedi may not go the way fans think…

In related news, Rian Johnson has been confirmed by Disney to be working on an entirely new Star Wars trilogy. According to the official Star Wars website, the trilogy will feature “new characters from a corner of the galaxy that Star Wars lore has never before explored.” What does this mean for The Last Jedi? It means that Disney is clearly very impressed with The Last Jedi if they are giving Johnson the most creative power over Star Wars since George Lucas.