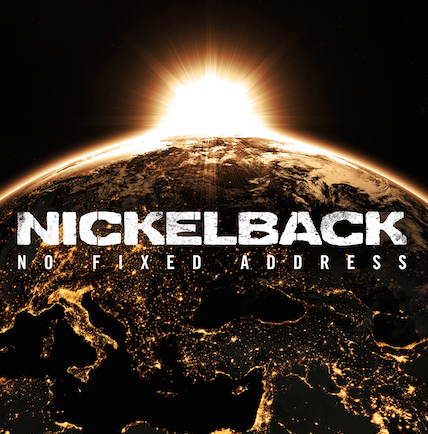 It is time for the Nickelback haters to come out because Nickelback’s new album “No Fixed Address” has just hit music shelves, but how does it actually sound?

For those who do not know who Nickelback is, Nickelback is a Canadian post-grunge band, formed in 1995 by Chad Kroeger, Ryan Peake, Mike Kroeger and Daniel Adair. Nickelback achieved worldwide recognition in 2001 with “Silver Side Up,” but has been subject to hate for their recent album’s content.

The band’s new album “No Fixed Address” starts off with a definite post-grunge and hard rock vibe to its first two songs, but the album drastically slows down once you get into the bulk of it.

The third song still has an alternative rock, radio friendly vibe, but does not match the power of its first two tracks. From there on, the album’s content becomes mixed between a country rock vibe to a post-grunge vibe to a radio-friendly sound, including a collaboration with, surprisingly, Flo-Rida.

The album certainly picks up where 2011’s “Here and Now” left off. But the question is, is it any good? Nickelback’s new album is sort of a departure from “Here and Now.” While the album does offer some new and unique songs for listeners, there is still a good chunk of the old album present on the track. Kroeger’s Grinding vocals have not changed since the last album and some songs have too close of a relationship to their predecessor. However, all of the songs, even light-weighted songs, sound much matured and well defined on this album.