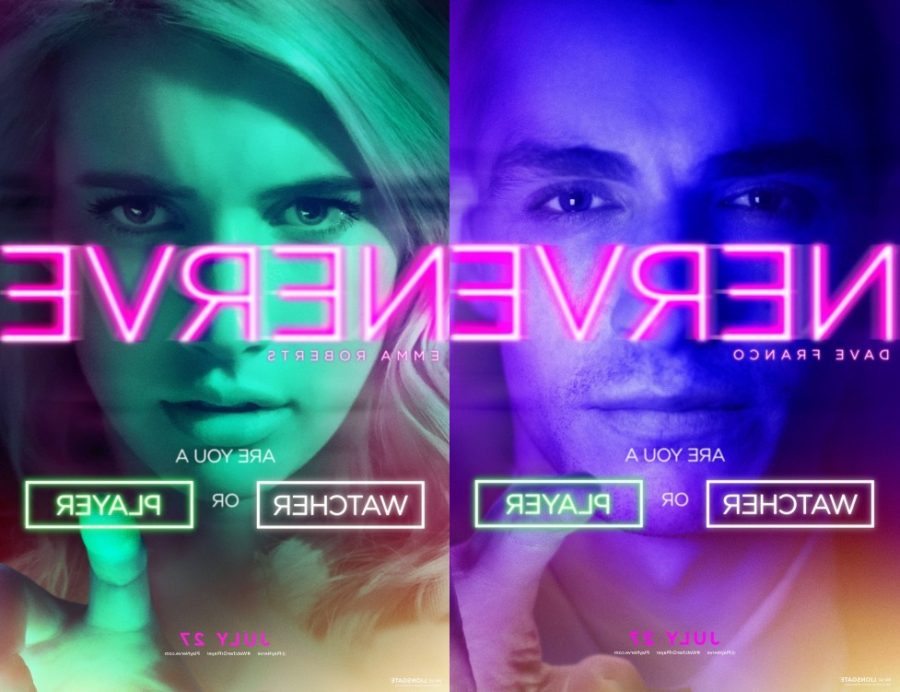 Courtesy of The Fandom

On July 27, 2016 Emma Roberts and Dave Franco starred in the premiere of Nerve. Nerve, a thrilling romantic-comedy, had viewers biting their nails as they watched the characters on the screen undertake reckless tasks.

The movie is based upon a fictional computer game called Nerve, which allows users to sign up as “watchers” or “players”. The players have 24 hours to gain as many watchers as possible while completing these daring tasks.

The main character, Vee Delmonico, played by Emma Roberts, feels social pressure to join the game after fighting with her best friend about being the shy and quiet friend. After completing her first task to kiss a stranger, Delmonico gets herself into a relationship with another player named Ian, played by Dave Franco. Ian and Delmonico ride through New York all night completing numerous rebellious tasks.

Delmonico soon realizes that the game is unsafe for the teenagers of New York City. The introduction video to the game informs Delmonico that “snitches get stitches”, but after she recognizes that her friend’s life is at a risk, she needs to tell the police.

Out of spite for informing the police about the game of Nerve, the watchers lock up Delmonico. Delmonico is then informed that the only way out of the game is to win in the finals. She reunites with Ian in the finals where she faces a difficult situation: shoot Ian and win her freedom or remain a prisoner of Nerve.

The final outcome of this fast-paced movie is thrilling and far from predictable. In Nerve the people feel comfortable interacting with one another anonymously, but when the veil of anonymity is removed and their faces are exposed they feel ashamed of the game they took part in. Overall, the movie teaches today’s generation to put down the screens, deal with situations in person and appreciate real life relationships.