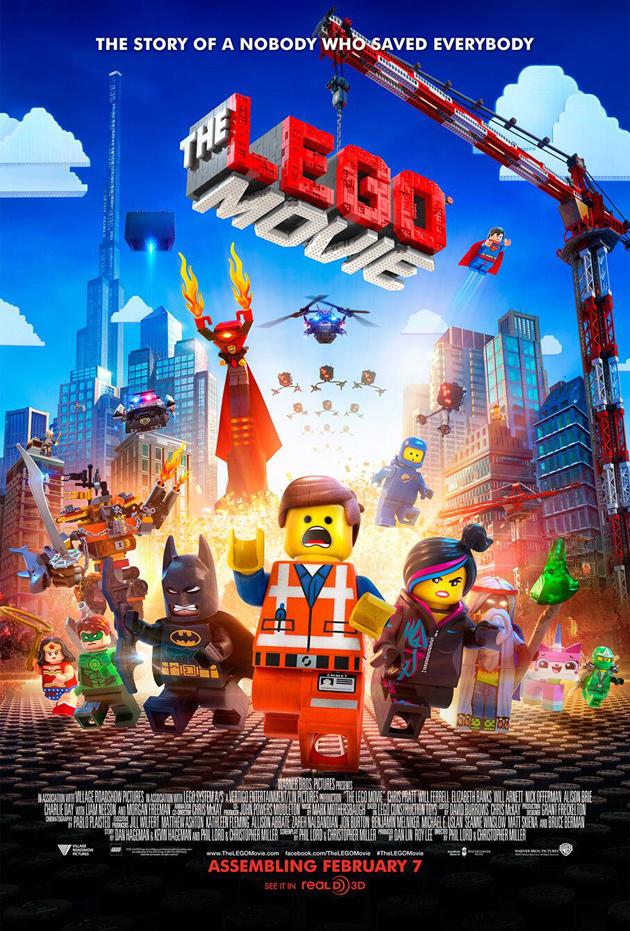 Lego bricks have been a part of childhoods for many years, invading toy boxes, video games, and even television shows. So, it was only a matter of time before The Lego Movie would come into existence. However, The Lego Movie far exceeds that of Lego’s previous ventures into other mediums.

TLM, for short, is not entirely original, borrowing its storyline heavily from The Matrix. Its lessons and morals do not travel into uncharted territory either, dealing with the ideals of teamwork and believing in oneself. That being said, the movie makes up for the usual generic plotlines and morals with humor and amazing visuals.

Following instruction manuals, incorporating objects of the human world, and using its main characters to echo a larger storyline are just a couple of examples of the movie’s meta humor. This humor is used to subdue the older audience of this film, while the younger viewers are still entertained with loads of physical humor. The movie does not target itself at a certain demographic. The crowd in the sold-out theater was laughing at different parts, with the detectable laughs of young children occurring at different times as older audience members.

Another crucial part of the film is its diverse array of characters. The Lego Movie goes beyond scraping the barrel for its choice of Lego people, which ranges from DC heroes like Batman, to NBA all-star Shaq, to that 1980s space guy. All of them are voiced by comedy favorites like Will Ferrell, Will Arnett, Chris Pratt, Elizabeth Banks, and even Liam Neeson and Morgan Freeman. There are a ton more actors that could be mentioned, but the movie doesn’t need to be seen purely for the number of stars in it, but rather the great gags, diversified jokes, and generic-yet-effective morals.

Finally, the visuals are truly spectacular. The animators commit to making everything that is a part of the Lego universe made out of varying Lego pieces. No shortcuts are taken, even with the characters moving as they would if a child’s hand was controlling them. The visuals work marvelously to incorporate a sense that the viewer is playing with or watching someone play with Lego pieces in real life, submerging the audience into past or present experiences with the multi-colored, shape-varying building blocks.

The Lego Movie is not simply a kid’s movie; it is a movie that will entertain audiences of all ages. It reminds people that animation should never be considered a child-dominated realm incapable to amuse people above the age of ten. Like all great-animated films, The Lego Movie has a heart and brain, resorting to seamlessly interwoven emotional scenes one minute, and a humorous scene the next. The Lego Movie is the quintessential example of a movie that exceeds expectations. With a sequel already underway, the first piece in the soon-to-be monster franchise is a must-see for all.