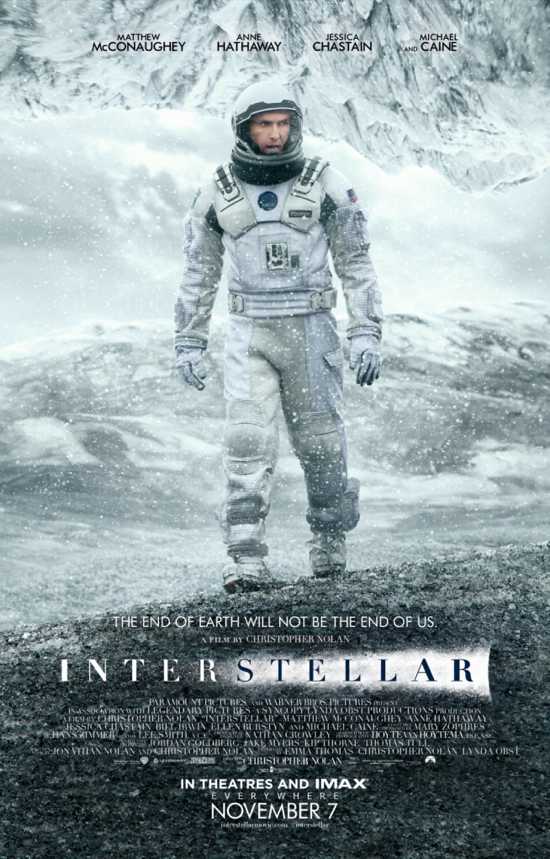 Space: a forever ongoing area of nothing. This is where you are right off the bat while watching the Christopher Nolan movie, Interstellar.

The movie was scripted and acted as perfectly as it should have been.

The two hour and 49 minute movie has viewers always craving for more. Whether it is the drama, the suspense or the love for the characters, viewers will want the movie to never end as it goes on.

The characters often find themselves getting into some sort of havoc while they are traveling through space at hyper speeds. Christopher Nolan gives viewers nonstop plot twists and ways to perceive the characters in a way that viewers may not have been able to five minutes before in the film.

Not only did Matthew McConaughey play his role perfectly, but other actors and actresses in the film also play their characters ever so flawlessly. Anne Hathaway plays the daughter of the scientist who sends the characters on this trip. Matt Damon also makes a surprise appearance.

The special affects throughout the movie do not show weakness either. Viewers can see the character in what looks like real space travel, as humans are yet to explore this.

All in all, the movie was nonstop drama, action and suspense. Based on the 90% rating on IMDb, the movie is a must see if you are into science fiction movies or if you just want to see a great story unfold.