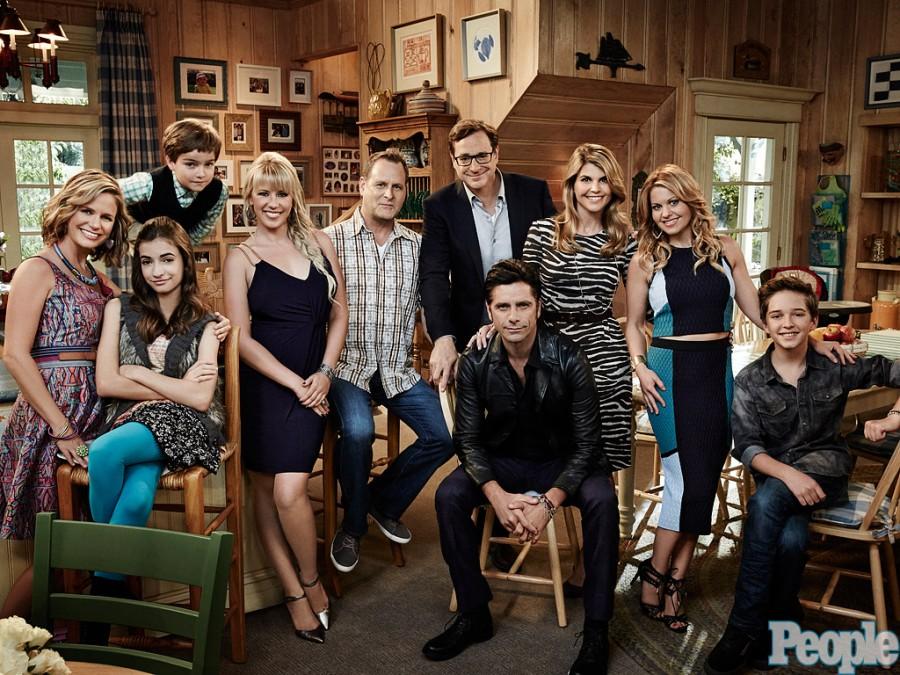 Fans of Full House anticipate the premiere of the show’s sequel, Fuller House

Fans have been waiting over twenty years for Full House to return, and finally on Feb. 26, the show’s sequel, Fuller House will premiere. Unfortunately, the show is a Netflix original series only, and will not air on live television. Regardless, the show is bound to please its fans.

Most of the cast will appear on the show, some in regular roles, while others in special appearances. The only member not returning is Michelle Tanner, formerly played by the Olsen Twins. When offered, Mary Kate Olsen declined saying she would love to return, but was unable to due to scheduling conflicts. Ashley Olsen declined saying that after ten years of not acting, she was in no condition to act. Michelle’s absence from the series will be due to her busy fashion career in New York City.

According to Business Insider, creator Jeff Franklin remains hopeful that the twins will return at some point or another, and that the door will always remain open for them. As for the rest of the cast, only Candace Cameron Bure (DJ), Jodie Sweetin (Stephanie) and Andrea Barber (Kimmy), will be a part of the main cast. The rest are a part of the recurring cast.

Like Full House, the new series was filmed in San Francisco. The first episode will be a one hour special on the Tanner family reunion. Following the family reunion, the show will center on DJ, who is now a veterinarian and mother of three sons. After her husband, Tommy dies and DJ reunites with her younger sister Stephanie and her best friend Kimmy. Together they help DJ move in and raise her sons, Jackson Fuller played by Michael Campion, Max Fuller played by Elias Harger, and Tommy Fuller played by Dashiell and Fox Messitt. Ramona, Kimmy’s feisty teenage daughter also plays a main role in the upcoming television series. Also, Full House’s theme song, “Everywhere you look,” originally performed by Jesse Frederick was recreated by Carly Rae Jepson and Butch Walker.

The show should come as no surprise. Executive producer John Stamos who also plays Jesse Katsopolis in the show has been trying since late-2014 to bring the show back. It was not until April 20, 2015 that Stamos finally confirmed on Jimmy Kimmel Live that Netflix would be teaming up with the Full House cast to create a sequel.

As of now, the show is will only be thirteen episodes, as Netflix is yet to confirm a season two. However, Stamos has hinted at a second season be in the making. Stamos told People’s Choice, “There will be a lot more than one season, for sure.”

Get ready Full House fans, Full House is back, and this time it may just be a tad fuller.