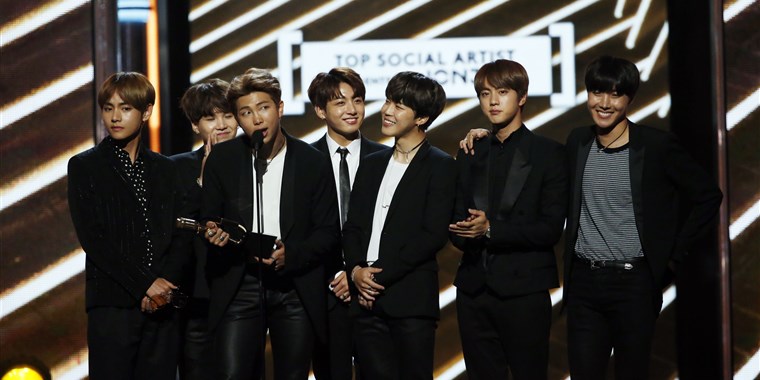 BTS, also known as Bangtan Boys, is the first K-pop boy band that topped the Billboard 200 Albums Chart. Their new album, Love Yourself: Tear, sold about 5 million albums, debuting at number one on the US album charts. The journey to their success was a long experience and definitely inspiring to people around the world.

The seven-member boy band was formed by Big Hit Entertainment. It consists of leader Rap Monster, Jin, Jimin, Suga, J-Hope, V, and Jungkook. They debuted on June 12, 2013. Slowly, their popularity status grew as the members released entertaining and beautiful music for the public. Eventually in 2016, BTS sold more than 1.5 million albums. In 2017, BTS became the first Asian artist to debut at number 7 on the Billboard Hot 100.

Soon enough, they were invited to attend the Billboard Music Awards (BBMAS) where they won the Top Social Artist Award. In South Korea, this was a big deal because it was the first Korean group to win a BBMAS award, surpassing celebrities such as Ariana Grande and Shawn Mendes. They won the award again this year. In 2016, Forbes, an American business magazine, listed BTS as the most retweeted artist on Twitter.

BTS is going on a worldwide tour, titled “BTS World Tour: Love Yourself“, starting on August 25. US tickets were sold out in 5 minutes, and resale tickets are being sold for over USD  $1000.

BTS’ popularity is at its peak right now and this is for many reasons, including their hard work and dedicated fans.

Most K-pop groups start their career very low because there are more than 50 K-pop groups in Korea. They practice singing and dancing everyday and aim to learn more than three languages to catch the public’s attention. Going on radio and variety shows is tiring for these groups, but they still continue to dream. After years of practice, BTS was able to lift not only their band’s status, but their company’s status. As of 2018, Big Hit Entertainment is worth millions of dollars.

Their songs have also been praised for the messages hidden behind them. They aspire to teach the public about issues such as depression, pressure of society and school, love, and even political situations through their lyrics. This clearly explains the large range of ages that look up to BTS.

Although they became globally known, BTS still shows gratitude and encouragement to other K-pop groups. Not only do the seven of them have good looks, but their kind personalities keep their fans charmed. Especially at meet-and-greets, videos and pictures keep their fans updated on how they treat their fans. Whenever they win an award, BTS never fails to thank their fans for letting them win that award and sticking by them. Their fan base, ARMY (Adorable Representative M.C. for Youth), support them financially by buying their albums, attending their concerts and making BTS well known on social media.

BTS is one of the most powerful and influential celebrities today. They have broken many records and won over 100 awards. When they are asked what the secret to their success is, they always reply, “teamwork makes the dream work” because these inspiring seven men have stayed by each other, getting past their worst times and enjoying their best times together.