Bitmoji provides users with a fun alternative to emojis 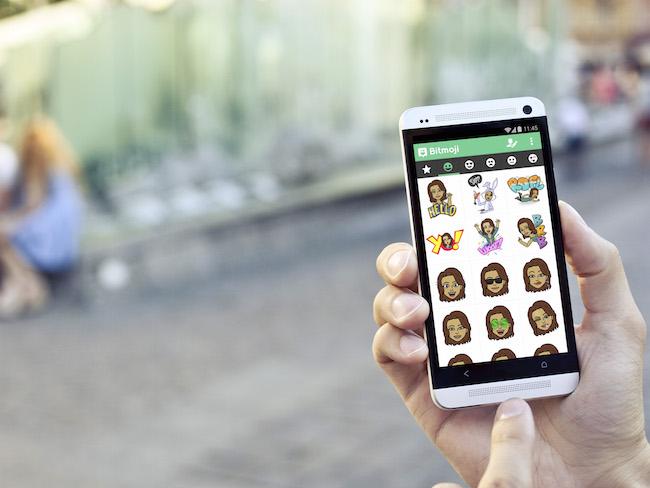 In a world where pretty much anything and everything can be done on a cell phone, it makes sense to be able to create a mini version of yourself using an app. In the twenty firth century, creating and using an Emoji version of oneself is quite possible.

The app, Bitmoji, allows users to personalize a character. The app then generates various pictures using one’s Bitmoji character. The character can also be used to send messages. This app was first launched on Sept. 8, 2014, and so although it was released last year, it recently became much more popular this past March.

Most people with iPhones have emojis so Bitmoji is a great addition to the iPhone messages and keyboard. Creating one’s own Bitmoji character is very simple. There are a wide variety of skin colors, eye shapes, hair colors, smiles, etc. These options make it very easy to create a character that looks exactly like oneself.

Grace Rosenblatt (‘15) would agree with this rating.

“I think it’s a really cool app and is even slightly better than the normal emojis,” said Rosenblatt.

On the other hand, while most people may like the app, there are some who do not.

Noah Kaminer (‘18) said that he thinks the app may be cool, but it has no importance whatsoever.

Overall, the app seems to be popular among East students at the time being, but this popularity might not last long. With apps, much like clothes and music, there are always trends. Not too long ago students were playing Trivia Crack throughout the hallways, but by now, most people have deleted that app from their phones. Only time will tell if Bimoji will be a hit or not.