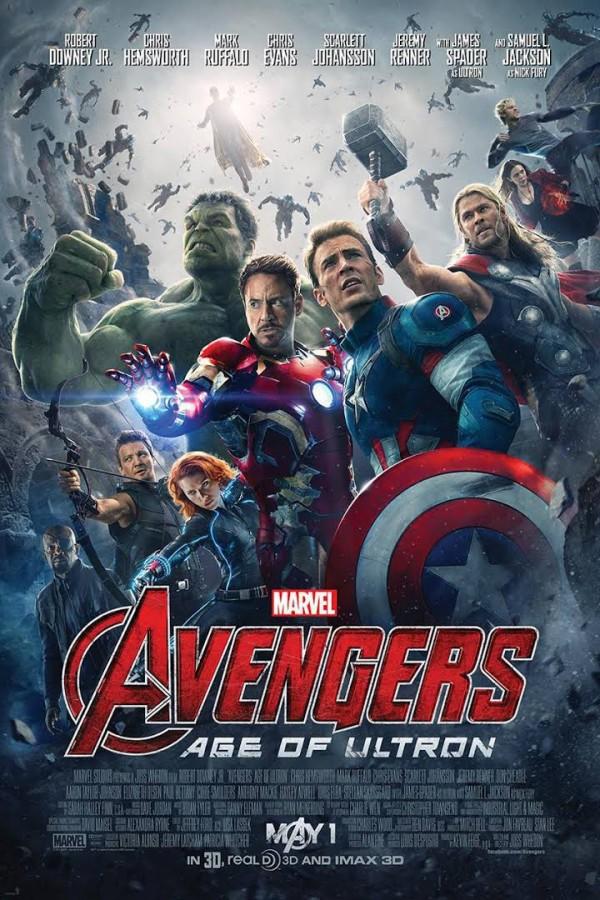 We have finally come to the end of Marvel’s Phase two of movies, and it ends with a bang. The Avengers combined all of the previous film’s stars and it resulted in a cohesive, well-balanced film. With all of the origin stories and previous arguments aside, Avengers: Age of Ultron uses the well-established storyline to expand on everyone’s favorite superhero team.

This time around, Tony Stark (Robert Downey Jr.) seeks to stop violence and keep peace altogether with an ambitious project. Unfortunately, this attempt results in Ultron, played marvelously via motion capture by James Spader, who is the Avengers’ greatest threat yet.

Avengers 2 decides to get right to the action. Though for the less fanatic fans this may result in some confusion, in a film that runs 2 hours and 20 minutes, forgoing the set-up is a great idea. What is even more beneficial to the audience is that acknowledgements as to what has occurred since the last time the group joined together are interwoven in the dialogue. By escaping the burden of “informing the audience,” Joss Whedon, the film’s director, is able to provide a fluid and consistent pacing to the film. Each action piece is immediately preceded by small moments of dialogue and reflection of the character’s motives and feelings. These small moments let the audience understand the troubles of these heroes on an intimate level. After all, a hero is far more than someone who fights crime. Yes, there are compelling and well choreographed fight scenes, but without the character interactions seen after these scenes, this film would lose its heart.

Sequels are supposed to improve on their predecessors, and Avengers: Age of Ultron is no exception. Particularly, the character of Hawkeye (Jeremy Renner) is finally given something to do while addressing his underwhelming abilities when compared to his other super-powered pals. He becomes the emotional anchor of the group, reminding them of their mortality and their responsibility to the public. He also has some of the most humorous lines in the movie.

Another problem addressed was the lack of a compelling villain. Marvel movies have been well known to lack an interesting and more than a one-dimensional villain, with the big exception being Loki (Thor films and The Avengers). However, Ultron is a charming, interesting character, due in large part to James Spader. Ultron actually has complex thoughts and reasons for his actions other than revenge and anger. The only problem was that the movie could have used a little more Ultron to contrast the many minutes spent with the Avengers.

The problem with this film is its meaning to the existing universe. Marvel has already announced the many, many (indirect) sequels to this film, so the stakes are almost entirely gone. Sure, the fate of humanity is still at stake (as always), but the fact is that all of the heroes are coming back in the future and that the same “fight for humanity” has been seen in the solo films before this. The other problem with this movie is that it does not have the same wow factor The Avengers had because we have seen all of these heroes team up before. Is more of a good thing bad? No, but the super hero team has lost some of its impact.