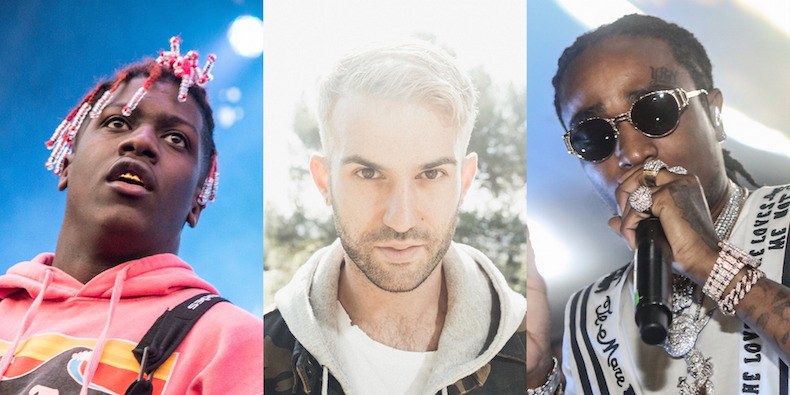 A-trak works with Lil Yachty and Quavo on new single.

A-trak teams up with Lil Yachty and Quavo on “Believe”

Right off the bat, the beat goes hard, yet oddly sounding like that of a nursery rhyme. And of course, if I’m going to listen to a rap song that sounds like a nursery rhyme, there’s no better combo than Quavo and Lil Yachty to go in.

Don’t be fooled by its childish like beat, which is completely uplifting and fun, the song is clearly explicit as expected from the face of Migos and the red-headed, king of the teens, Lil Boat. There is literally no other rapper to fit this beat other than Yachty. He is one of rap’s happy rappers who will flash his blinged out, skittle colored grill, anytime. The boisterous Yachty uses his auto tune perfectly on this track.

A-trak absolutely kills the beat. 10/10 for creativity. I feel as if this beat can be played at a low volume in a baby’s crib to soothe the child to sleep yet the track can also be a turn up song in the club.

Beat aside, the lyrics are quite creative. Quavo has some great punchlines such as, “I’m in the water like Nemo (ayy)” and “Look at my paper, Kinko’s (ayy).”

Overall, the song is going to be a hit. The Lil Yachty and Quavo bandwagon will hype this up and people will genuinely fall in love with the youthful beat.

Listen: http://foolsgoldrecs.lnk.to/Believe A-Trak is no stranger to Migos and Lil Yachty: they’ve been mainstays at multiple Fool’s Gold Day Off events for years. On their new collaborative cut “Believe,” the chemistry is palpable. Recorded during hangout sessions at Atlanta’s Quality Control studios, the song finds two of the hugest names in rap playfully trading lines like Jadakiss and Styles P in their prime.