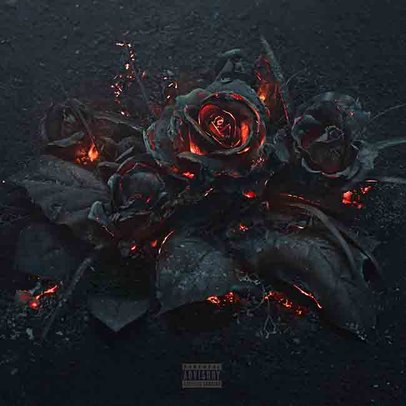 Rapper Future continues to pave the way for Atlanta-based rappers in the mainstream hip-hop field. Nayvadius Wilburn released his solo album EVOL on February 6, 2016, and he did so without giving any hints of its release beforehand. The album is very different from Future’s last official release, which was Dirty Sprite 2. Dirty Sprite 2 was a slower, more melodic work with swirling, syrupy hooks and songs that had more meaning and substance in their lyrics. The focus of EVOL is not to convey message or meaning, but rather to give 21st century hip-hop fans bass-bumping, trunk-rattling beats laid underneath Future’s signature auto-tuned vocals.

Without a doubt, the album’s tenth track, “Low Life,” is a highlight. The track features rising R&B artist The Weeknd, who lends his high-pitched but smooth vocals to the track’s chorus. Out of all of the songs on EVOL, “Low Life” probably receives the most radio play—and it’s easy to see why. The track has everything necessary for something to be a modern hit: a collaboration between two of music’s most popular artists, a chorus that will stay in your head for days no matter how many other songs you listen to, and a unique beat that perfectly matches the inflections of Future and The Weeknd. The song discusses how even though Future and The Weeknd may be wealthy, they still live wild, lowlife lifestyles. The Weeknd professes in the song’s chorus: “Said I’m reppin’ for that low life / Low life, low life, low life / I’m representing for that low life.”

A song that absolutely cannot be missed is the album’s first track, titled “Ain’t No Time.” The song has arguably one of the best beats of any hip-hop song released so far in 2016; it has a harsh, synthesized rhythm combined with short but heavy bursts of bass. Just the track’s beat alone makes it one of the best songs on the album— “Ain’t No Time” is the type of song that can make your whole car shake. Future raps about how his music career has launched him into stardom, and how now, as a result of all of his success, he has the ability to rock any designer clothing brand he wishes. “Kicking flavors Saint Laurent watch how I walk / Let this paper be the reason why we talk” he spits in the track’s very first line. He ends the song rapping excitedly and fast-paced, bragging about his lavish lifestyle; “I like to play with the cash / Go to Laurent and spaz / I like to play with the cash / Go to Chanel and spaz.”

“Photo Copied,” the album’s sixth song, is another one of my favorites on EVOL. The song lacks quality lyrics, but has a well-produced synthesized beat. “Photo Copied” has a beat similar to the one Nicki Minaj made famous in “Beez In The Trap.” The beat also somewhat resembles that of “Ain’t No Time,” except it’s faster and funkier—it doesn’t sound smooth, and almost seems too discordant to be laid under vocals in a hip-hop song. However, I feel that its disharmonic rhythm is what makes it stand out among the other tracks. Future’s voice and inflections sound the same as they do on all of EVOL’s other tracks. Although it’s not Future’s voice and lyricism that make this album… It’s undoubtedly the beats in the background. Future uses “Photo Copied” to call out women he thinks are fake, or “photo-copied.” Future’s lyricism is rather poor throughout the entire album, but it’s especially bad on this track. He raps, “Man she tryna get at me / [girl] you telling they business so tacky.” If you just tried reading that and couldn’t make any sense out of it, don’t feel stupid; it seems as though most of the lines in this song are just meaningless gibberish shoved together to fill space over a beat that a more talented rapper could have done justice to.

Although Future could have spent more time crafting better lyrics, it’s clear that creative lyricism was not his goal when creating EVOL. The album succeeds in giving hungry young rap fans tracks that bump, thump and rattle.