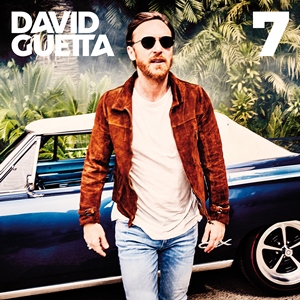 The name, 7,  is attributable to this album being the seventh of Guetta’s career. The album was released on September 14th, 2018 and contains 27 songs. 7 is a blend of pop, rap and classic EDM (electronic dance music) songs. It features more than 20 artists including Justin Bieber, Sia, Jason Derulo and Lil Uzi Vert. One of the more notable artists on the album is Jack Back, Guetta’s musical alter ego. Guetta explains that he is Jack Back, but when you buy a ticket to one of Back’s concerts you won’t hear some of Guetta’s hits, such as Titanium, rather you will hear some more original pieces from the inner workings of ‘Jack’. Guetta also explains that he just wants to put out tons of music and realizes not every song will be a hit.

The album starts off very strong, light and catchy with the song “Don’t Leave Me Alone” featuring artist Anne-Marie. Throughout the album, Guetta’s dance-worthy beats keep the vibe upbeat and fun.

Multiple songs in the album depict love and relationships. Song by song the infectious beats, lyrics and voices allowed for listening without complaint. Listeners should be advised that some songs contain profane language which make them less suited for children. Each song has its own sound, vibe and voice, making it interesting to listen to the variety of songs on this album. Following what seems to be a recent trend, the album also includes a few songs with Spanish parts.

The album lost its’ “wow-factor” about three quarters of the way through because the songs became repetitive and stopped having lyrics. Even when accounting for the fact that a few songs are traditional EDM songs by Back, they are still anticlimactic, leaving no anticipation or excitement and lack the impactful beats that were on previous tracks. Some people may enjoy this type of music because it is catchy and danceable, but the album lacked substance. Despite the downward spiral toward the end, the last song on the album “Just a Little More Love” was a redeeming factor, leaving an overall good feeling about the album.

The album reached Billboard’s number one spot for dance/electronic albums and includes multiple songs that have also been successful on the music charts. Overall, the seventh album that Guetta produced was a great success with many good quality, catchy songs and featured artists. I would definitely recommend this album to anyone who enjoys upbeat EDM, pop, and rap songs.