Battle of the boy bands 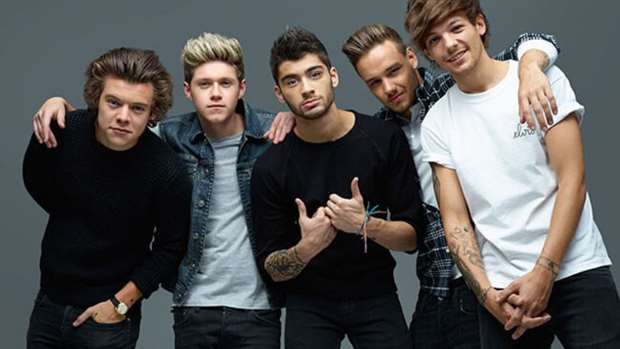 They shape society, shock the music industry, and save lives. These groups are boy bands. Boy bands are groups of primarily young, male, vocalists who sing and target themselves to listeners, specifically teenagers, and they’re very popular among Cherry Hill East students. With boy bands’ popularity worldwide through pop hits and catchy choruses, Army’s, Directioners, Jonatics, and other fandom communities emerged stemming from their love for the various groups. As I was faced with the demanding task of ranking some of the most beloved individuals of our time, I chose three people who idolized the three different groups I had chosen and listened to their stories, to help rank the order in Eastside’s Battle of the Boy Bands.

“Search up happiness online and you’ll find a picture of BTS” was how Katie Nguyen (‘24) described the boy band that saves lives all over the world. Bangstan Boys or BTS has taken the world by storm, rising as one of the greatest KPOP boy bands worldwide according to many. Nguyen commented that BTS’ music inspired and guided her through moments in her life with their lyrics that truly resonated with her emotionally as well as with people all around the world. By connecting with their fans through various platforms, BTS makes Army’s, the BTS fandom, feel like they can have a true relationship with the boy band. Nguyen emphasized the importance of BTS’ support of the Black Lives Matter movement, their speaking at the United Nations, and their donations to various charities to use their platform to use their voice.

Recommended songs to listen to:
(Note: These are not ranked but are rated)

This song maintains a very smooth flow throughout the entire song. It emphasizes such an important message and the lyrics are written beautifully. I think that anyone will feel better after listening to it!

Idol has a very strong beat and is definitely a song that you can listen to when you are in a good mood. And when you finish it, you will be in an even better one.

I just added this song to my playlist! This pop song is very catchy and everything goes together very well.

“Just chillin ‘out in me box.” If you asked an average East student to tell you what that means they most likely wouldn’t have an answer for you. But if you asked Ella Goodstadt (‘24) what that meant she would tell you about how it was said by past One Direction member Niall Horan while he was in a cardboard box, and you would most definitely see Goodstadt laugh. A listener since 2011, Goodstadt discovered the boy band One Direction and realized their music spoke to her. “They walk to their own beat,” Goodstadt said, describing the band due to their un-choreographed and genuine way of performing. One Direction was an British boy band that reached people everywhere and despite being broken up their impact is still felt today whether it is through their music still being played on the radio or the impact left on people’s hearts. One Direction has had a tremendous influence on the successful solo careers of the artists within the band as well as pop culture as a whole. As Goodstadt told me about how the legacy of the boy band is carried on now individually by each of the members, she smiled, saying “Yet I think they will always be remembered as One Direction.”

This song was executed brilliantly with every aspect from the simple guitar to the powerful chorus coming together to make an amazing song. This song is a song I definitely will be humming for the next couple days.

This song definitely has some of the greatest lyrics of all of the songs. And I can tell that these lyrics spoke to people’s hearts.

The transition to the chorus is masterful and the song as a whole captures all of my emotions.

Third Place: The Jackson 5
I shuffle my playlist instead of simply playing it just for the possible chance of hearing one of Jackson 5’s songs first. The upbeat songs that always have me sing so many years later are a testament of their lasting influence. The Jackson 5 was formed in 1965 and had 5 members from the Jackson family. Their energy and stage presence was always prevalent in their performances. The boy band’s songs always leave a smile on my face and have had a lasting impression on me. Jackie, Michael, Marlon, Tito, and Mermaine Jackson have not only had an impact on me but also have had an impact on other groups and bands that have gained popularity. Just like listeners everywhere did in the 70’s, I still listen to the Jackson 5’s songs today and will continue to hit shuffle on my playlist instead of play even tomorrow and beyond.

I love this song! This is a classic throwback song, and it’s great to listen to and sing along with for a fun time.

As I listened to this song to write up a comment, I didn’t even realize that I was singing along, snapping, and tapping my foot simultaneously the whole time. I think that most definitely speaks for itself.

This is one of my longtime favorites and it always leaves a smile on my face after listening to it and a constant “All the little birdies one Jaybird Street” in my head.

Boy bands have come a long way after centuries and today as we reflect we see the different ways that they have influenced the world we live in today through music. There is no doubt that boy bands will continue to shape society, continue to shock the music industry, and continue to save lives today, tomorrow, and for years to come.