Wawa and CHOP partner to fund fetal care and medicine 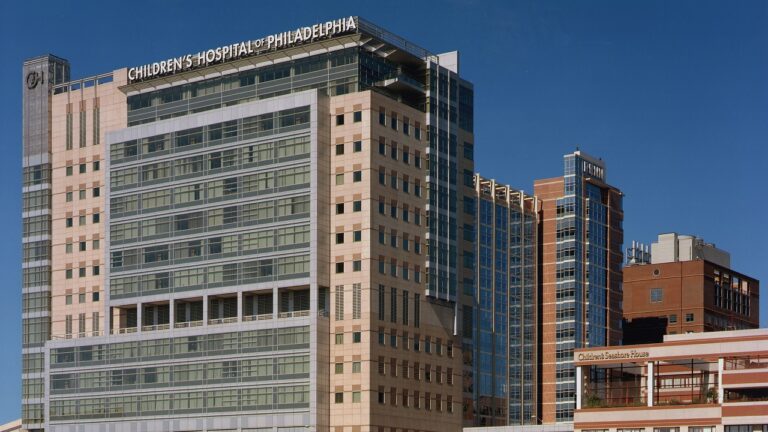 Courtesy of the The Business Journals

The family that founded Wawa donates $25M to CHOP.

Two local establishments in the South Jersey region joined forces in efforts to create a unified partnership, helping one infant at a time. If you are native to the East Coast, the classic icon of a Canadian goose sparks a sense of warmth signifying you have reached one of the 900 locations of Wawa convenience stores. The American chain of convenience stores and gas stations marks its spot on the map operating in Pennsylvania, New Jersey, Delaware, Maryland, Virginia, Washington D.C, and Florida.

Wawa’s very own foundation finds it important to give back, especially to the community in an effort to create positive changes and awareness. This includes the astonishing contribution that The Wawa founding family had announced earlier in the month of May that they have donated a $25 million gift to the Children’s Hospital of Philadelphia’s (CHOP) Fetal Diagnosis and Treatment Center.

Wawa, the largest convenience store chain in Greater Philadelphia, is in partnership and supports CHOP in various ways. The family business and beloved convenience store chain, with $10 billion in revenue, gives back to the community the way they have supported them since the beginning. Richard D. Wood Jr. is the Chairperson emeritus of Wawa and served on the board of CHOP for 16 years, until 2005. A member of the family who founded Wawa, Richard Wood has remarks on this gift, whose name will be honored on the for the 25-year-old center to which they donated to.

More specifically, the close connection between Wawa and CHOP is a longstanding relationship, as Wawa’s very own chief executive officer, Christopher Ghysens is the hospital’s chairman. CHOP is known for their remarkable devotion to children’s care, alongside countless breakthroughs in advancing the medical field exclusive to children.

Now, Richard D. Wood Jr. Center for Fetal Diagnosis and Treatment celebrates its 25th anniversary with a tremendous gift, courtesy of the Wawa family. The Wood Center at CHOP is recognized internationally as the leaders in fetal diagnosis, fetal surgery, and fetal care. Their specialized care to mothers carrying fetuses with birth defects provide comprehensive care before or after birth. For more than 25 years, this center has “cared for more than 26,831 expectant parents from around the world and performed more than 1,983 fetal surgeries, an unparalleled level of experience caring for the tiniest patients before, during and after delivery that helps us achieve the best outcomes possible for your baby,” according to CHOP. Medical pioneers in this field perform life-saving interventions, including open fetal surgery for life-threatening conditions in effort to treat the routine to rare birth defects. CHOP’s fetal medicine program has received a transformational gift that will carry through the next era of their program, and support the horizons of medical discoveries. The generosity of the funding continues through the next generation of breakthroughs in fetal medicine, accelerating pioneering research, and constructing the baseline for future world-class talent in this field of fetal medicine.

Even the tiniest of fetal patients will receive this chance for the gift of life, based upon the contribution and partnership between CHOP and Wawa across eight generations, and more than 165 years. The new funding will coincide with strategic extension of clinical, educational, and research efforts in the world-class center. Dr. N. Scott Adzick, Surgeon-in-Chief and founder and Director of the Richard D. Wood Jr. Center for Fetal Diagnosis and Treatments remarks that “Their generous philanthropic support will allow for a major expansion of infrastructure, patient services, research, and recruitment that will categorically be pivotal to our hospital and the patients and families we serve worldwide.”

Dating back to CHOP’s founding in 1855, as the nation’s first children’s hospital, Dr. George Bacon Wood was apart from other signers of CHOP’s articles of incorporation. Tying a knot between well-being and giving back to the community are two fundamentals commonly associated with Wawa and CHOP.

Together, the two local entities to the South Jersey region have a partnership of long lasting commitment to health and well-being of children.