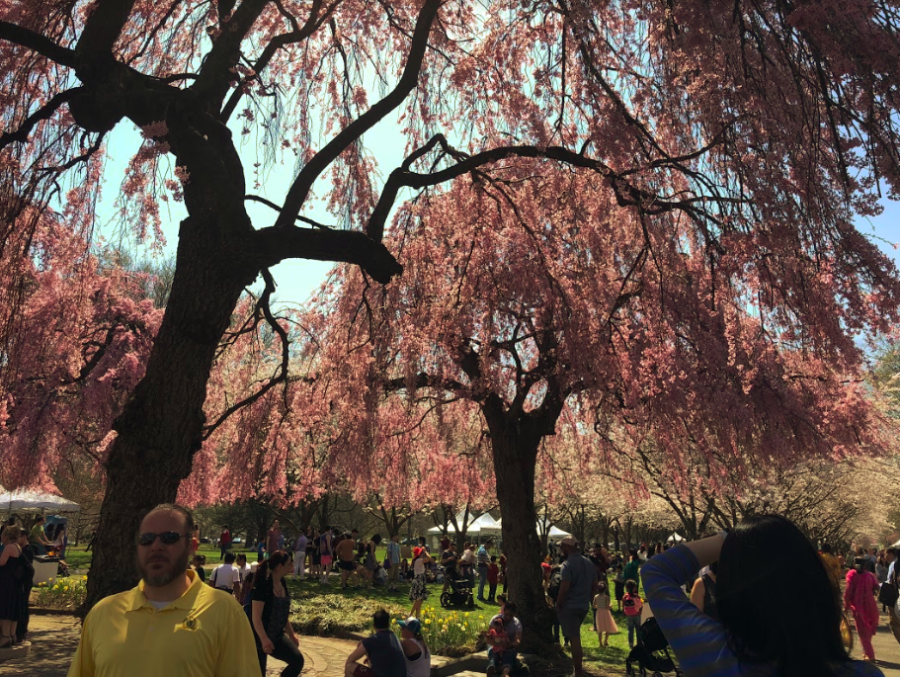 A traditional Japanese Tea House stands near the entrance to greet visitors. The grounds are decorated with many fountains, sculptures, and flowers. But at the heart of it all, hundreds of gorgeous cherry blossoms branch over the guests from all around the world.

The Shofuso Japanese House and Garden is located in Fairmount Park in Philadelphia, PA, near the University of Pennsylvania. The Shofuso House itself was originally built in 1953 and exhibited in the courtyard of The Museum of Modern Art in New York, since it features a combination of traditional design and contemporary artwork. In 1958, the Shofuso House was moved to its current location in Philadelphia, where several previous Japanese structures and gardens also reside. The Shofuso House hosts over 30,000 visitors annually from more than 20 different countries

The Subaru Cherry Blossom Festival of Great Philadelphia itself started in 1998, and hopes to establish a legacy of the Japanese government’s actions in 1926, when they donated 1,600 cherry trees to Philadelphia in honor of the Sesquicentennial (150 years) of American Independence. Cherry blossoms are the national flower of Japan and have come to serve as symbols of friendship and respect to other nations.

Although The Subaru Cherry Blossom Festival of Greater Philadelphia occurs over the course of about a week, its main event occurs on the last day of the festival, known as Sakura Sunday. Sakura Sunday includes events such as a sushi-making contest, tea ceremony demonstrations, martial arts demonstrations, a cosplay showcase, a fashion show, many authentic Japanese foods, and, of course, live music and dance performances. The tickets to Sakura Sunday include festival admission and a timed tour of the Shofuso Japanese House and Garden, but visitors are welcome to explore the blossom-filled grounds of Fairmount Park on the festival days for free.

So whether you are looking for an educational day on Japanese culture and tradition, a day filled with music, dance, and art, or you are just looking to enjoy the stunning views of the cherry blossom trees, be sure to come to The Subaru Cherry Blossom Festival of Greater Philadelphia at The Shofuso Japanese House and Garden.